9 GoodGymers made their way 4.7km to help the Friends of Wandle Park in Croydon. 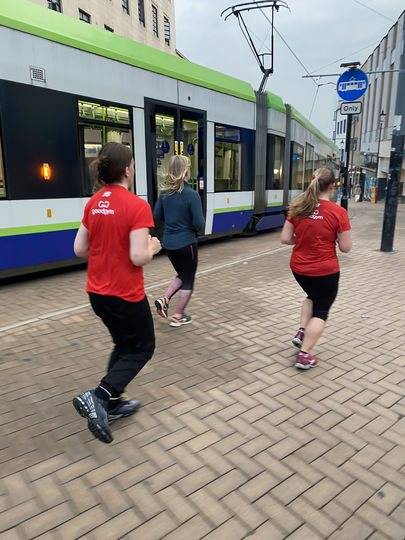 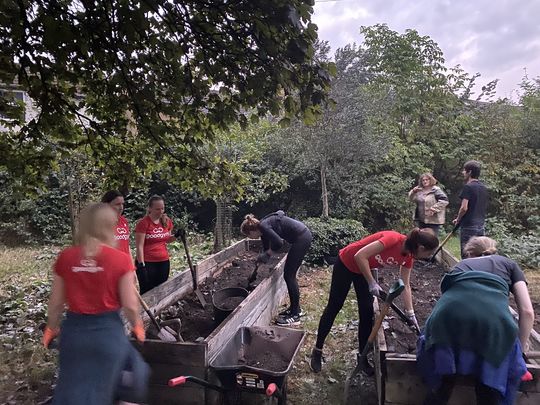 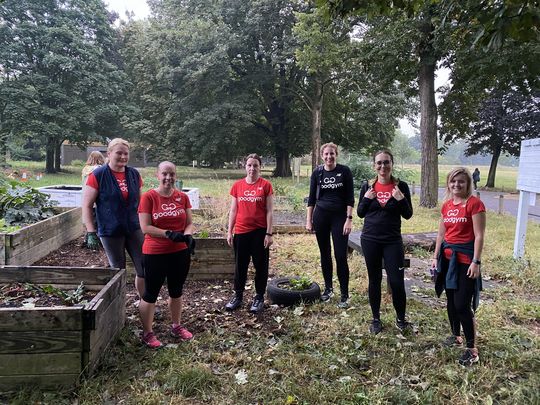 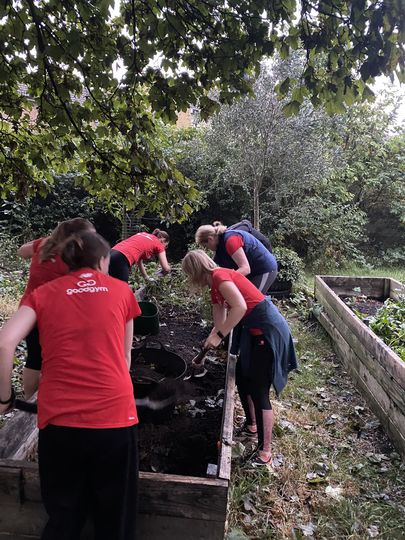 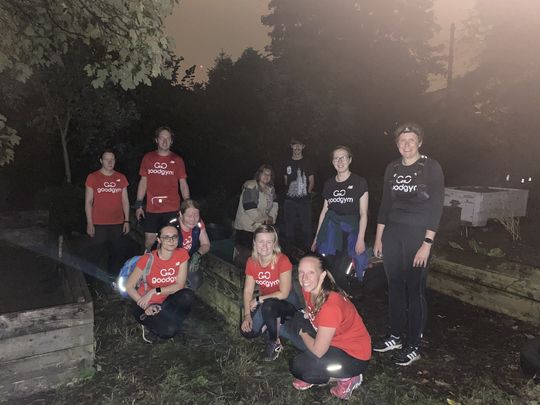 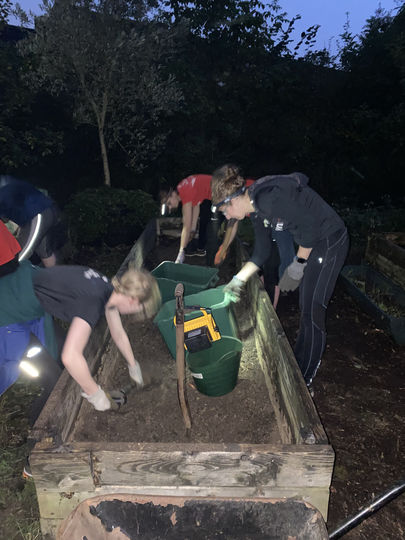 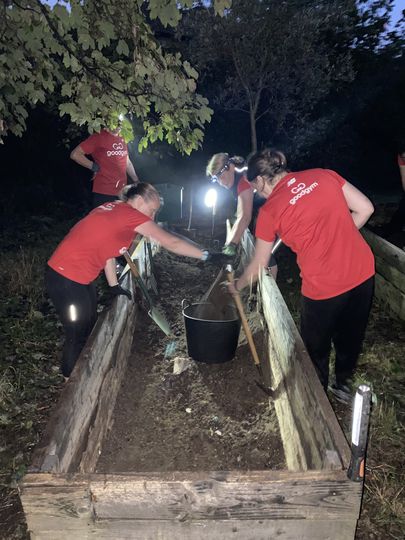 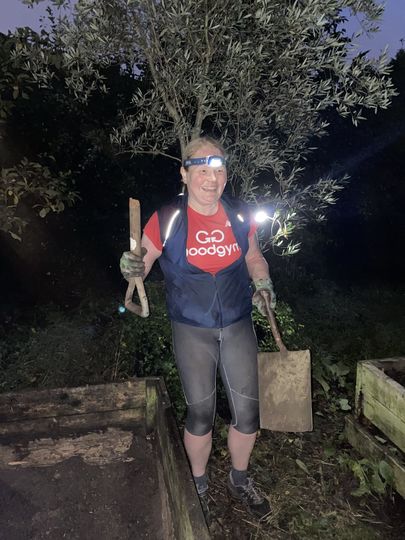 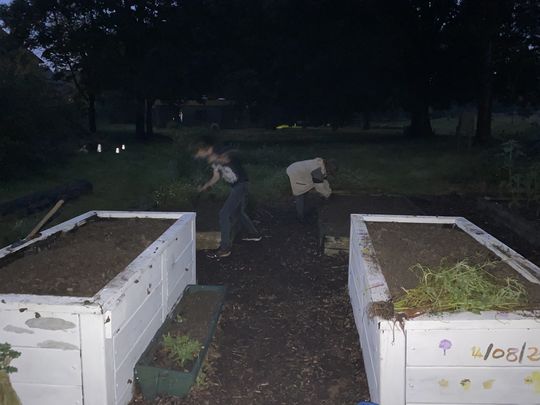 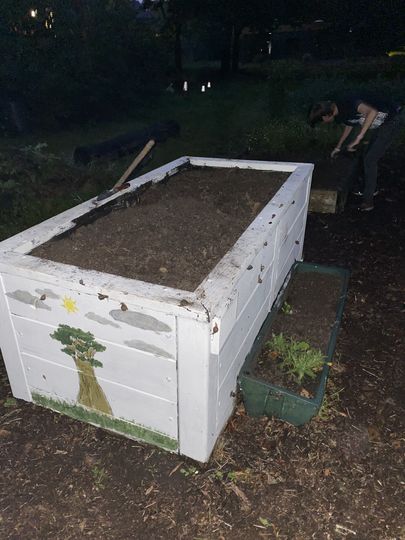 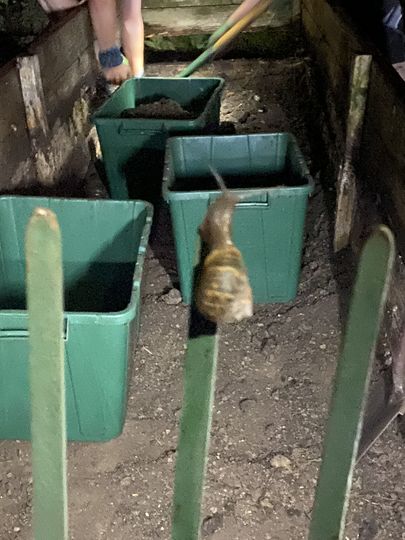 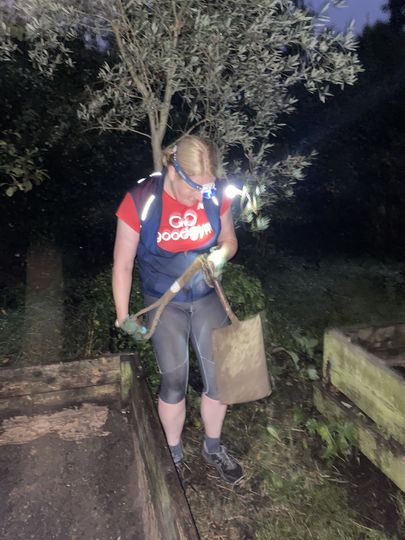 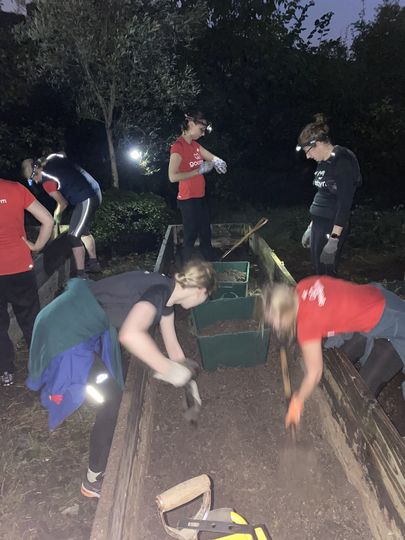 Last night 9 members of GoodGym Croydon ran to Wandle Park to assist Friends of Wandle Park move soil from two raised beds to prepare one for renovation and the other for dismantling.

When we arrived Catherine and Matthew was there awaiting our arrival along with Magda one of our Members Magda have been nursing an injury but didn't want to miss out on the exciting task we had at hand.

After having our briefing from Catherine regarding what she wanted us to do we set off with our shovels, forks, bucket and a wheel barrow. While working we spotted Ros, making her way to us, after having a busy day at work she had a little siesta but over slept and woke up at 7, good thing for her our task wasn't to far away from her home. A few minutes later we were joined by Peter, he had plan to meet us at the task after plotting the route there but didn't notice the route was in miles rather than kilometres. He was a bit out of breath but once he had a breather he got stuck into the task.

From the number of snails and slugs out you could have tell we had a down pour of rain however once we had dug the top layers from the planters you would never be able to guess the rain had fallen. The soil in the lower levels of the planters were dry which was good in one sense as it wasn't as heavy as we had expected given the massive down pour earlier, in another the soil was tough and this was where the forks came in.

As the clock stroke 8, which was noticeable from the tolls in the distance, we were more than halfway through emptying the two planters, the head torches where out along with the various lights I've come to own as a result of our many adventures around Croydon during the winter in the name of Good Gym.

Although darkness is now expected at all tasks going forward it wasn't cold and wet, not that the weather has ever put us off doing our good deeds for our community. It will be a surprise for some of our new members when we are out in the rain and snow laughing and chatting away as we continue to impress the community organisations we assist.

Next week we will be going back to Unique Roots and our visit will be a day after Pam's birthday so come and join us a we celebrate with Pam, rumour has it there might be drinks and cake! Sign up Here!