4 runners ran to help their local community in Hackney. 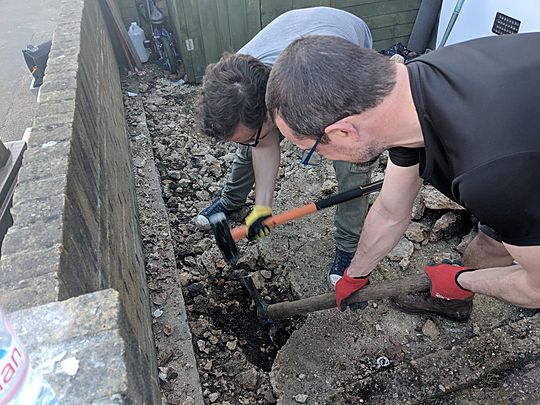 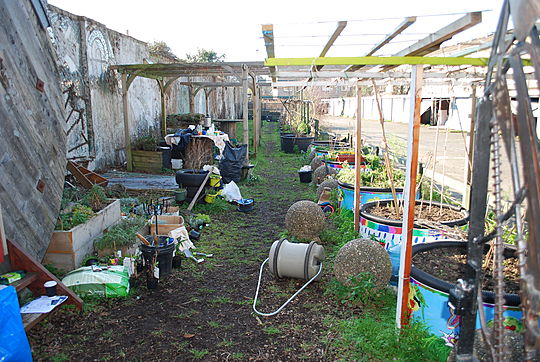 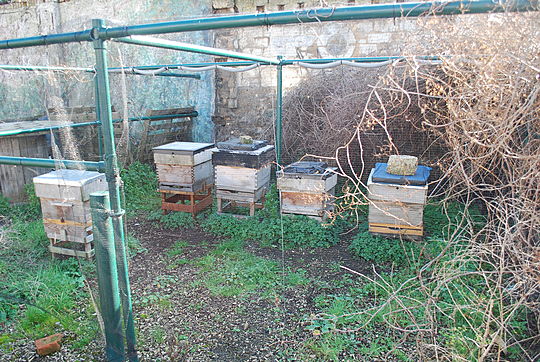 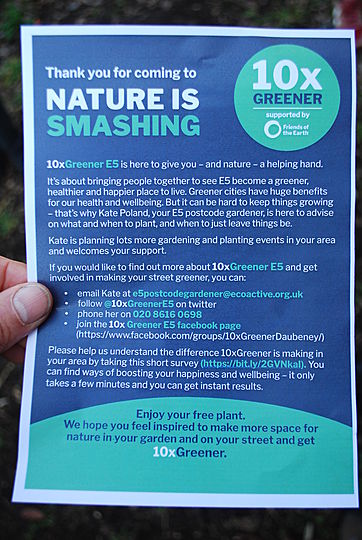 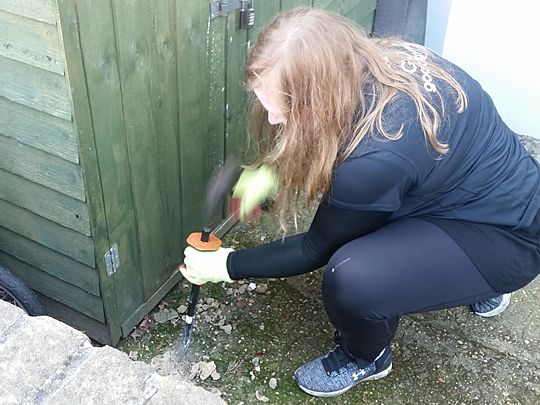 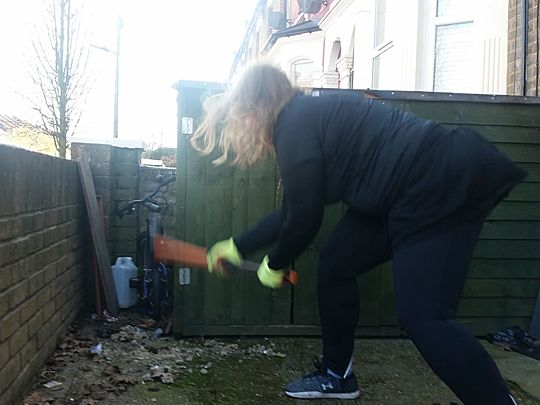 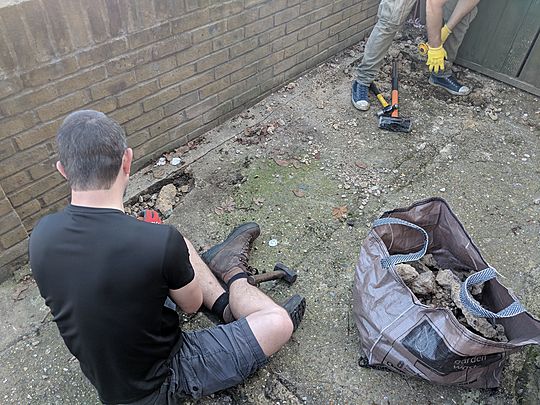 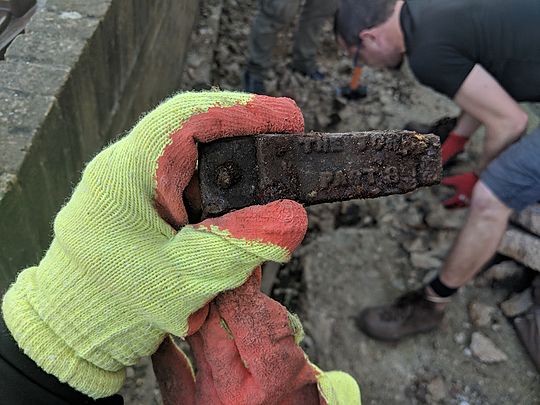 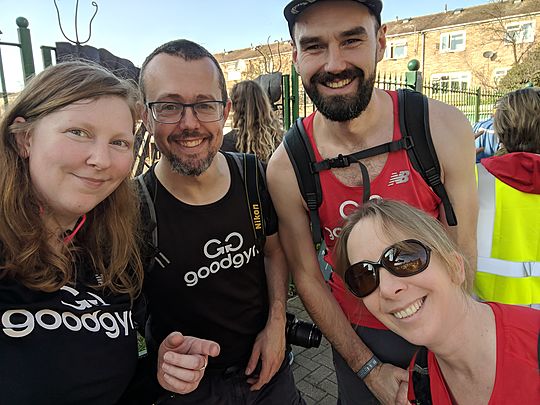 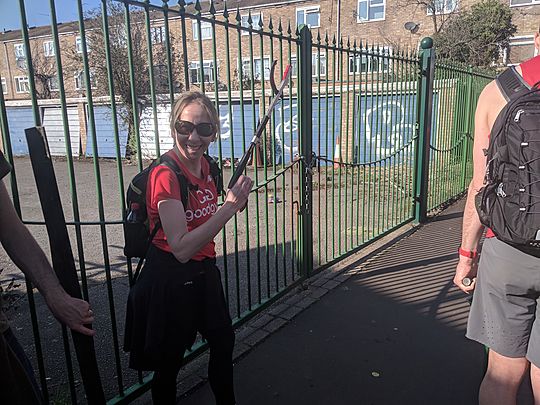 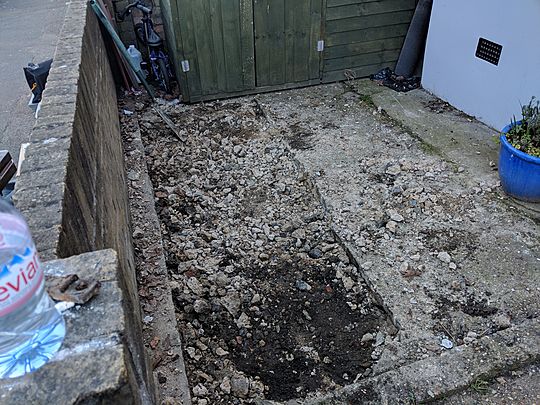 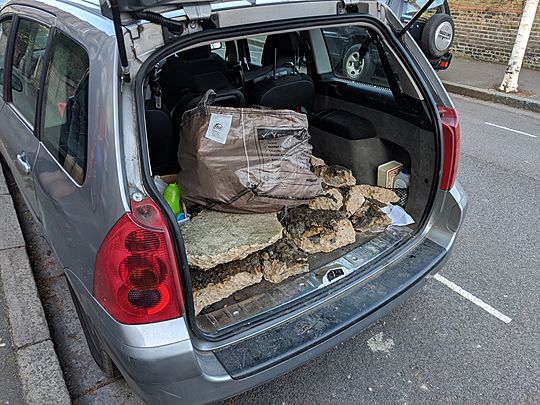 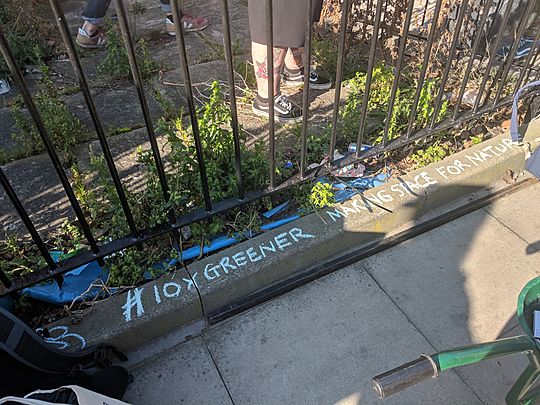 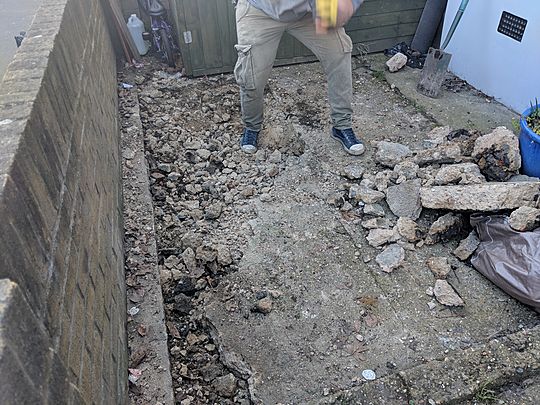 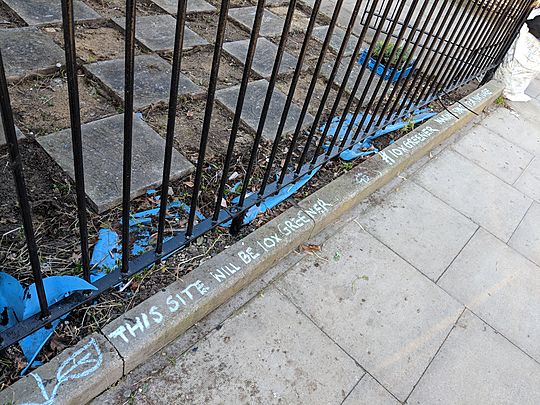 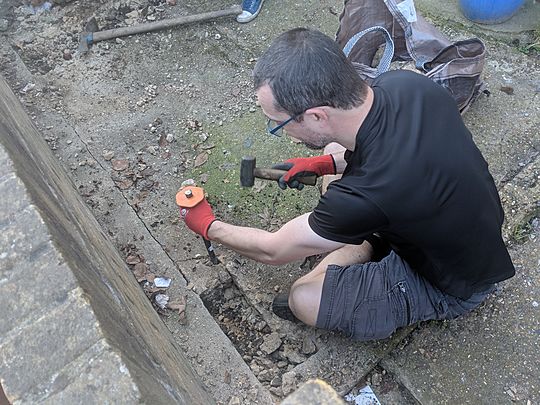 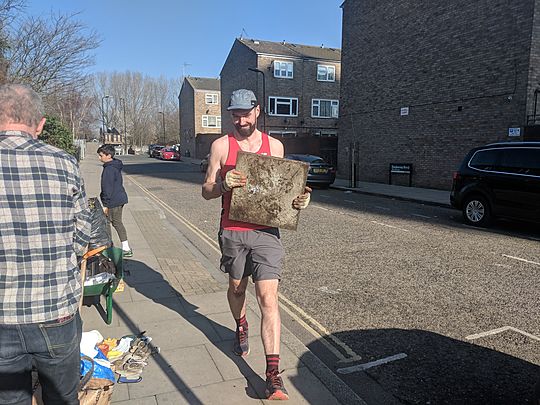 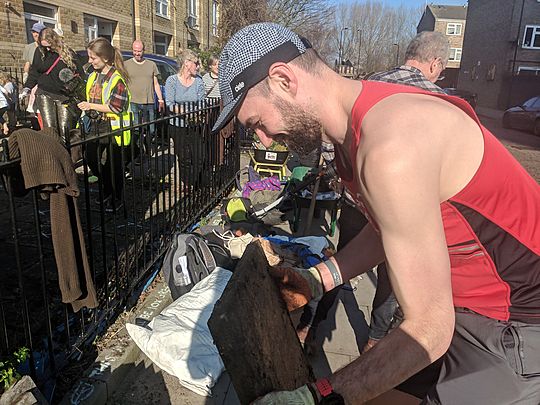 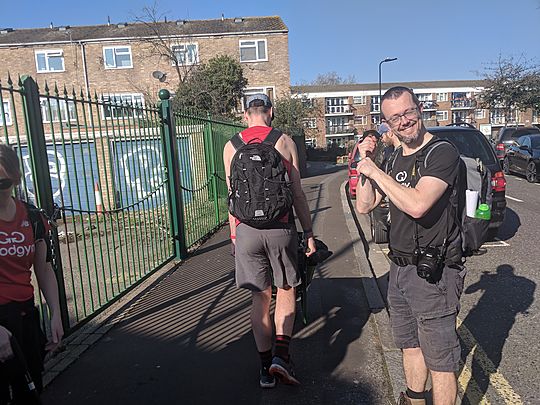 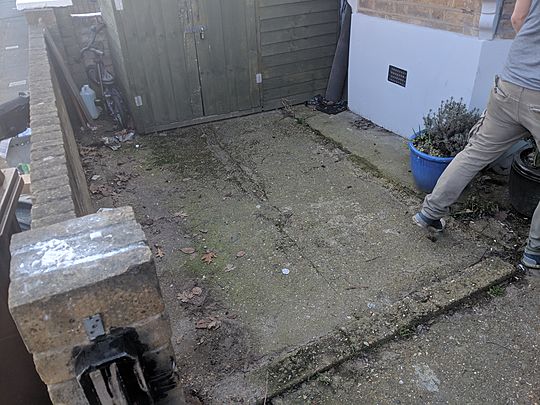 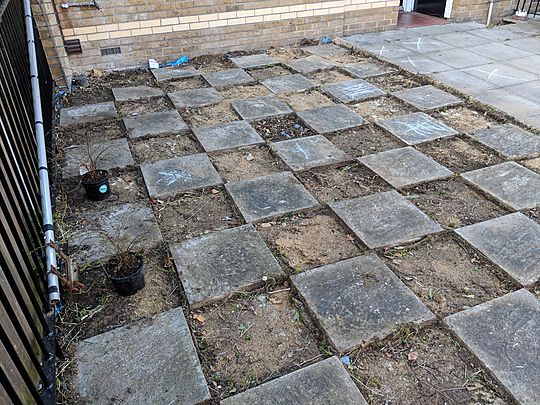 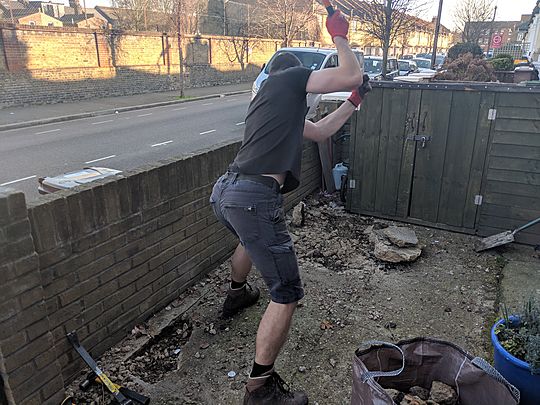 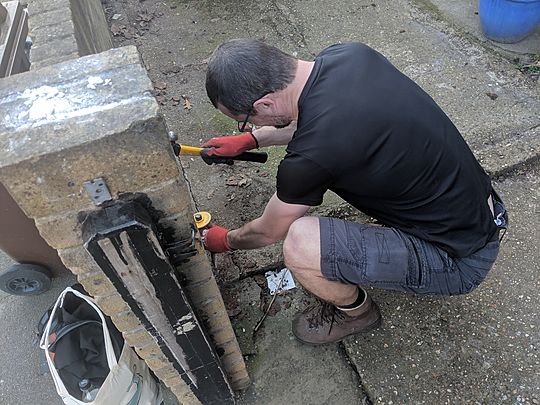 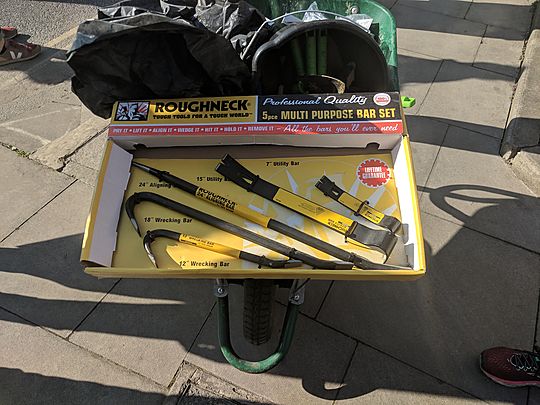 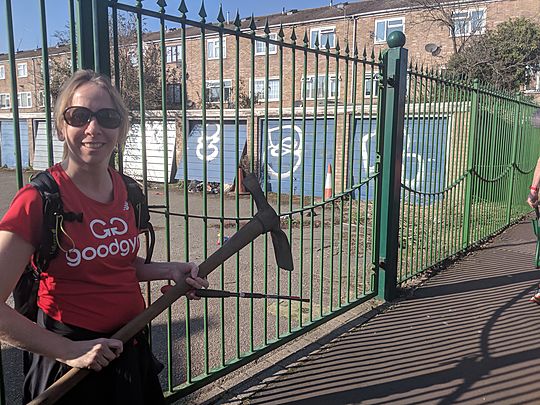 This afternoon, four GoodGymmers/Musketeers decided to extend their number of good deeds for the day by going straight from the Tree musketeers community mission to help residents of Hackney with their 10x Greener project.

The 10x Greener project is an initiative run by Friends of the Earth and has a general aim of increasing the number of green spaces by encouraging residents to make their own areas slightly greener. As a trial project, they crowd- and business-sourced funding in Hackney to employ a gardener (Anne Poland - the e5 gardener) to help achieve that aim.

After a brief introduction to the project and a health and safety briefing by the e5 gardener and the Friends of the Earth, we were all taken to someone's house, where we were tasked to do a litter pick, an aggressive weeding, and to remove alternate slabs from a patio. Given the number of people, we managed to get through this pretty quickly! So, for the next tasks, we were split up into several groups.

More fool them, because our next task was to go full on Harley Quinn on a concrete garden! (We also got some banana, sultana and cinnamon cake from a friendly neighbour 🍰) We found the best technique for breaking up the concrete was to make a few small holes in it using a spike and mallet, before swinging a sledgehammer at it to crack it up, followed by an attack with a mattock. At some point in working this out, Peter kindly explained that the "prise-y, lever-y tool" I asked for was, in fact, a crowbar (the run report may now comprise the correct nomenclature). In response, I perfected my sledgehammer swing (it's difficult to describe exactly how natural swinging that sledgehammer felt... 😎👍)

An hour or two of smashing later, we'd managed (with the home owner) to clear half of the concrete and help to load the debris into a car for disposal at a nearby tip. We reckon that the second half will take maybe an hour or so at most, but this is definitely a task for another day (there was no where else to take the rubble!) At any rate, the two of us definitely beat plenty of brutalism out of that front yard today! ✌️😊

Job done, we made our goodbyes and headed off to see exactly what was happening in that rugby-thing... 🤷

What a fun mission