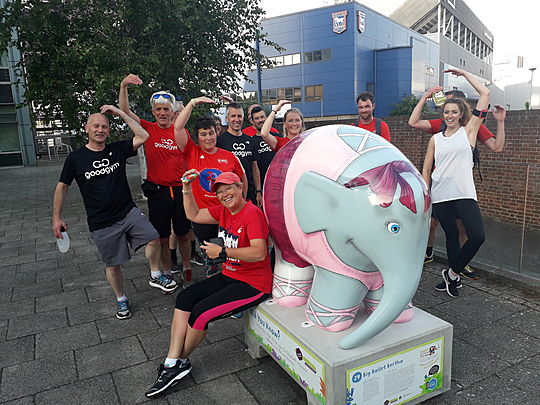 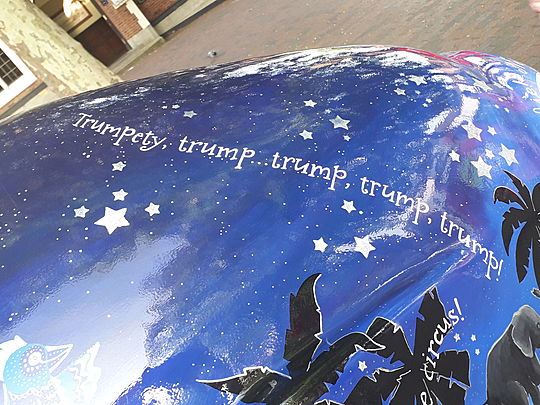 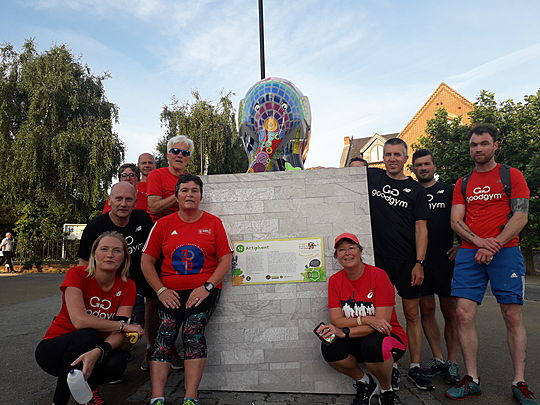 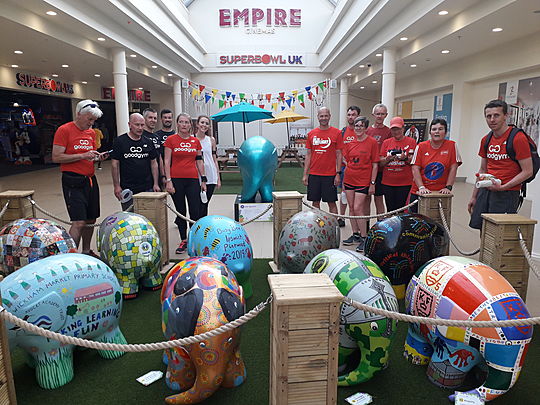 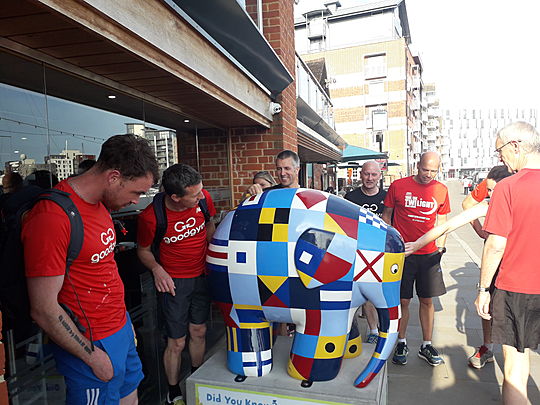 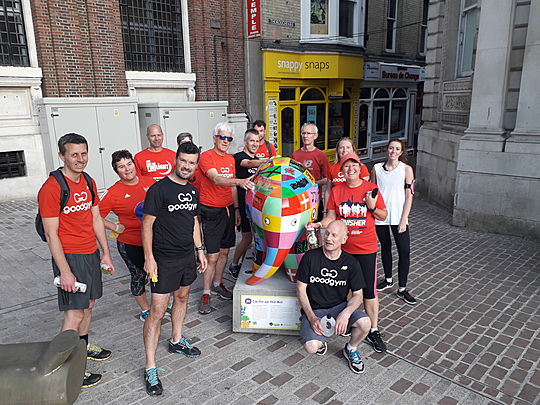 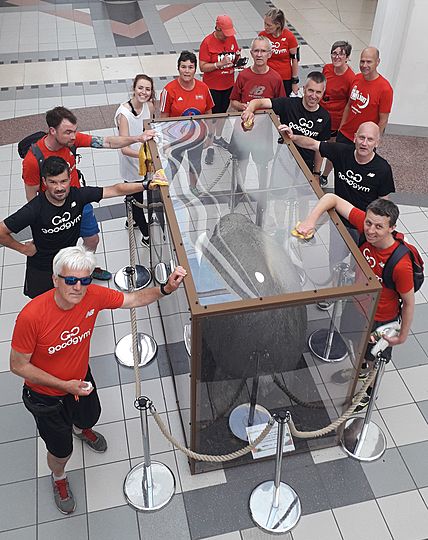 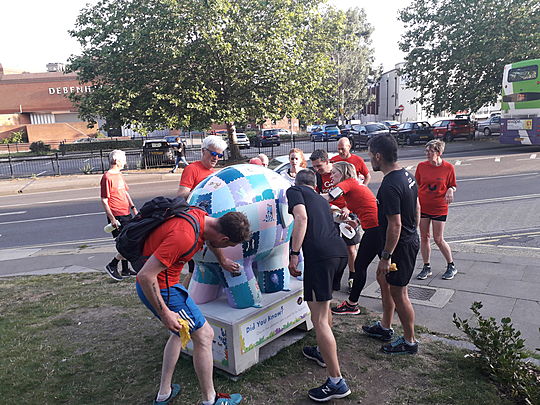 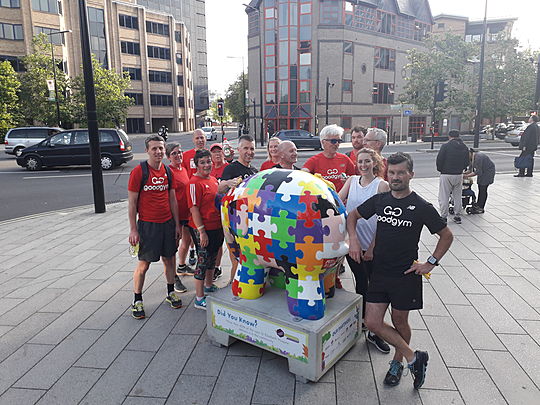 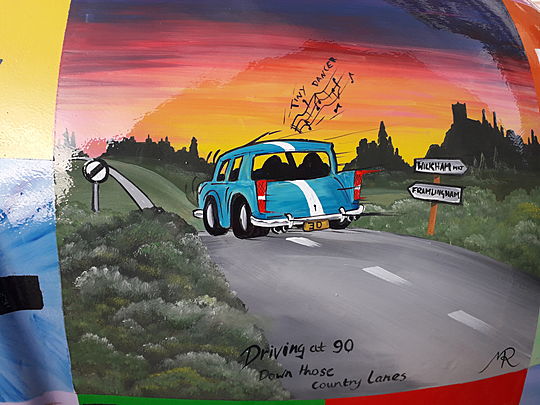 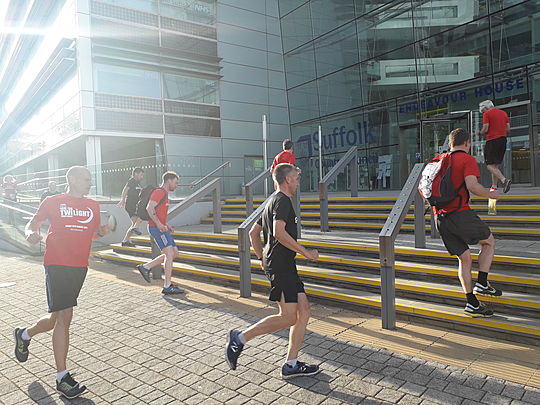 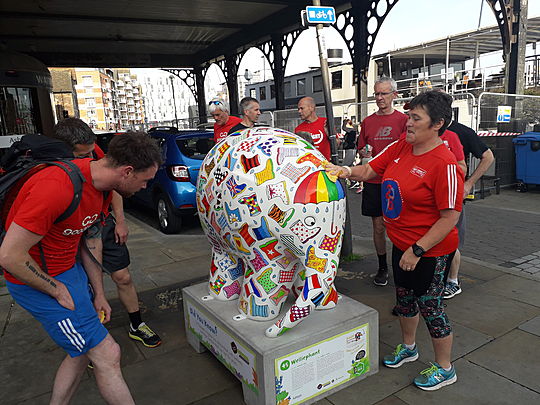 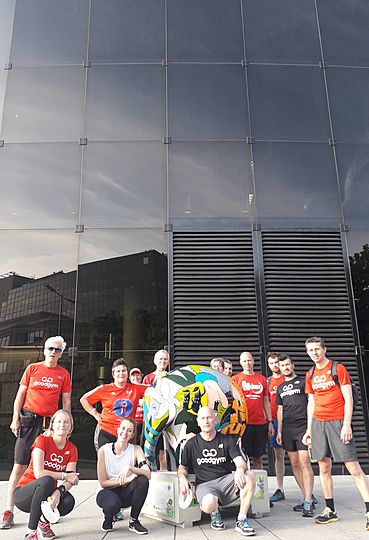 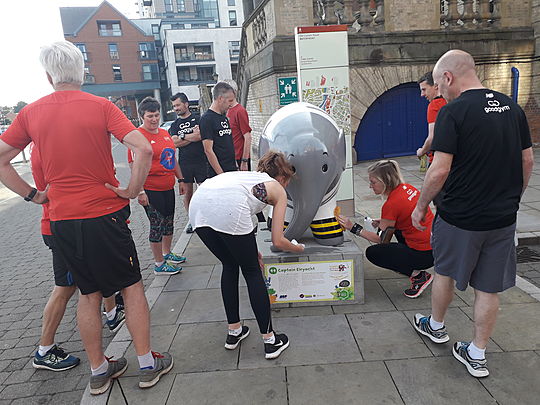 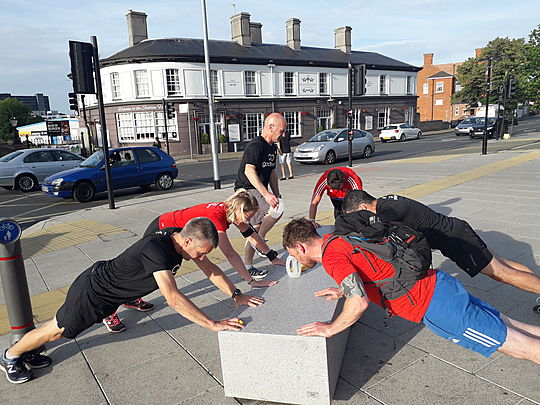 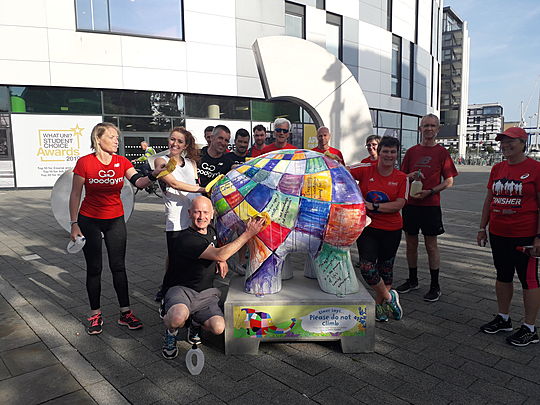 Our "Mammoth" task was in support of St Elizabeth Hospice and we were to run to as many of the Elephant sculptures onElmers Big Parade as possible, giving them a wash and polish where needed.

The trail has been set up for the summer with around 55 differently painted elephants dotted around Ipswich to form the Elmers Big Parade - named after the patchwork elephant in childrens books.

It was a great task, taking us around a large part of the Waterfront and town centre. (Thanks to Kerry for plotting the route) It was bright sunny evening and we saw families and several groups of cubs, brownies and guides following the trail. One group even called us "Legends" when they realised we were cleaning the elephants - we modestly accepted the complement!

In between we had some short burst of step ups, press ups and step running just to keep the excitement going!.

So we travelled almost 6k in total and checked on about 30 of the elephants some need very little attention and one or two required a good rub down with the soapy water and cloths we were carrying. Time wouldn't permit us to get to them all but we wil be repeating this task 2 or 3 more times before the trail finishes and the sculptures are auctioned to raise funds for the Hospice.