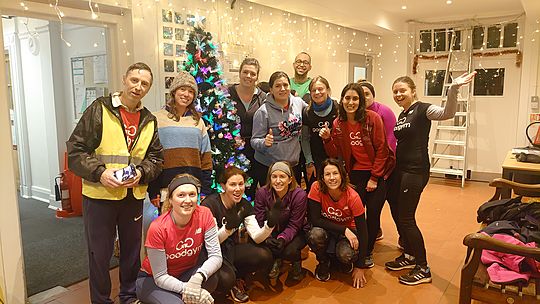 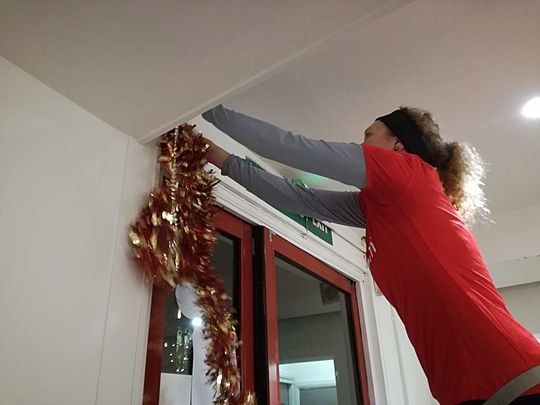 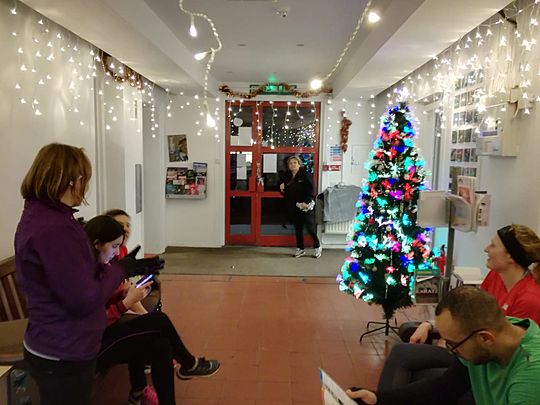 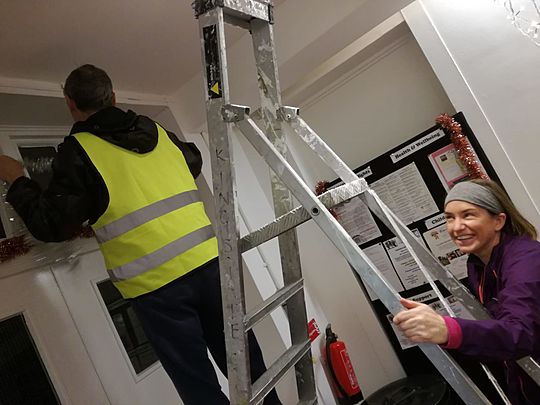 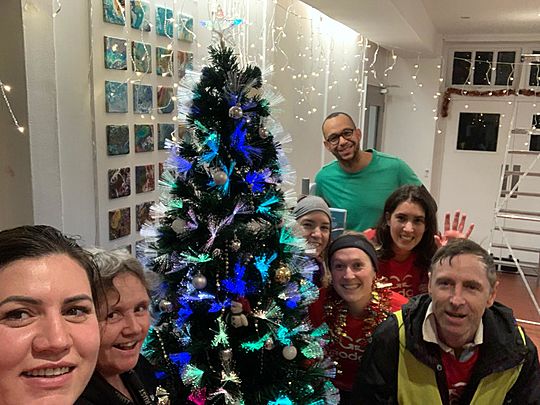 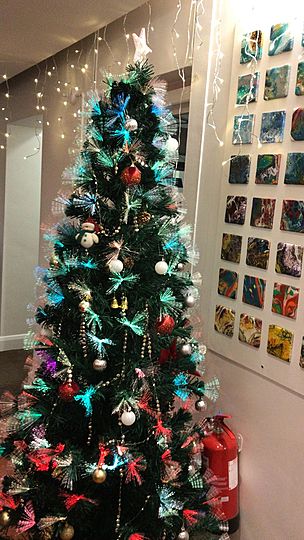 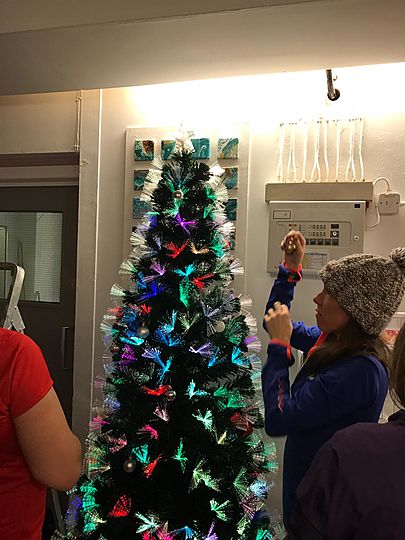 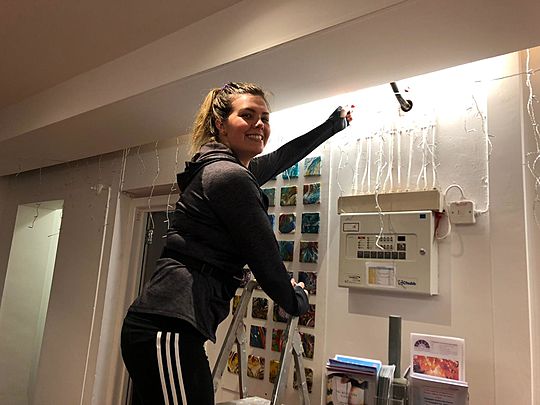 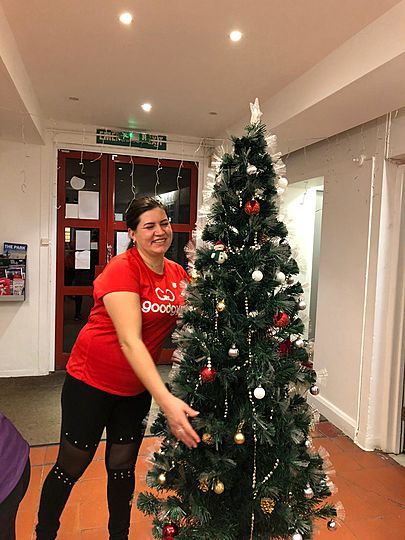 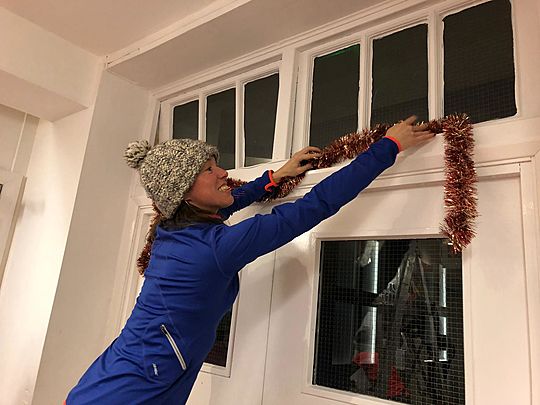 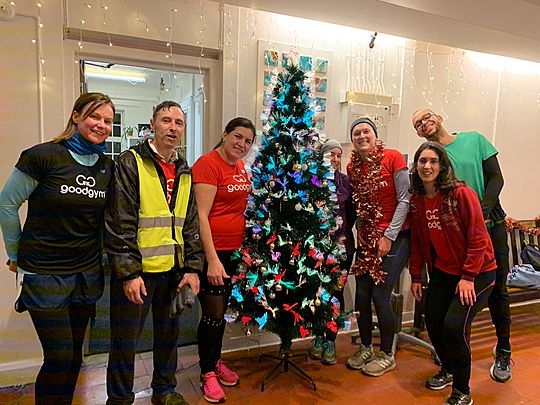 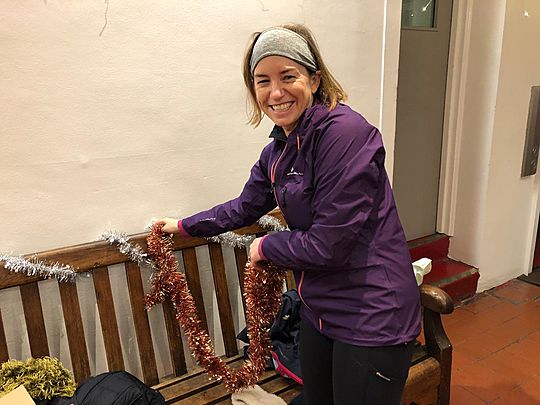 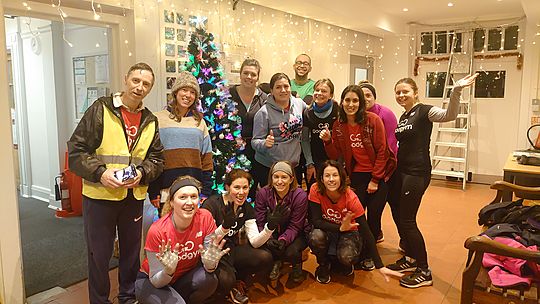 BOOM! Christmas has hit GG Brent and thirteen wonderful people joined me to run over 7km to help put up Christmas decorations for Kingsgate Community Centre!

We were joined tonight by Sasha who was on her first ever GoodGym run and we all welcomed her as part of the intro. In the news this week: Christmas party season is upon us with the GoodGym wide party on Friday and the Brent dinner after the run on the 16th.

Once we were all warmed up and everyone ready to go we set off for Kingsgate. It was a fairly uneventful run but we did have to contend with slippy leaves and a short blast down the High Road (too busy!).

Once at the centre we were shown what needed to be done - two main tasks: decorate the tree and put up lights across the ceiling of the main hall. We split in to teams and got to work. It was soon clear that there were a few too many of us to be working well in the small space and with only two tasks... so to the hills!

Look at us - for the second week in a row we had hill reps at GG Brent! I took a small team off to do some hill reps with James suggesting the roads with the better hills. Three reps working our way up the hill thinking about the right technique and remembering our arms, legs and posture. With that done we headed back to centre to swap over. For the second hill session we did a hill run rather than reps and wound our way through the streets heading up three hills to match the hill reppers!

And with that done, the centre beautifully decorated and many group photos done it was time to head back. We went a slightly different way to avoid the high road on the way back and before we knew it with everyone putting maximum effort in despite the freezing temperatures we were back at base! There we stretched and then headed inside for a deserved beverage!

Great work everyone - next week it's a short run to Cricklewood Baptist Church for (hopefully) some more indoor tasking. Sign up here!