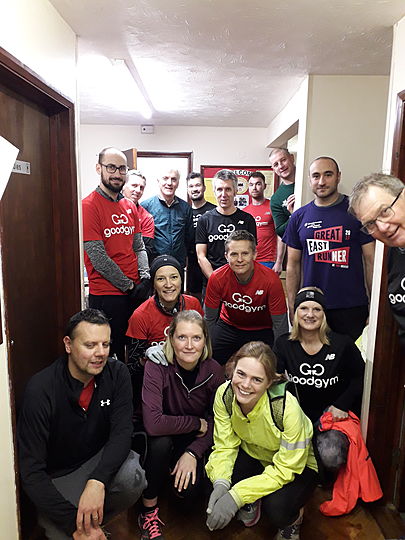 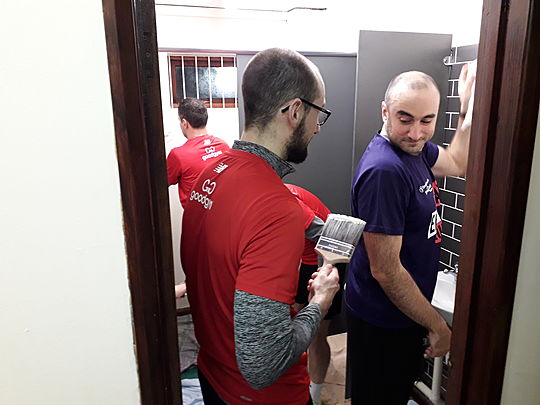 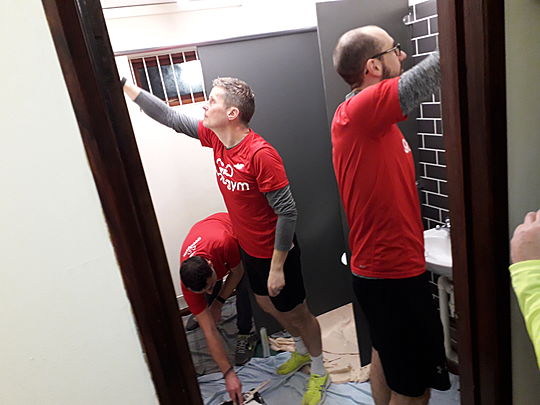 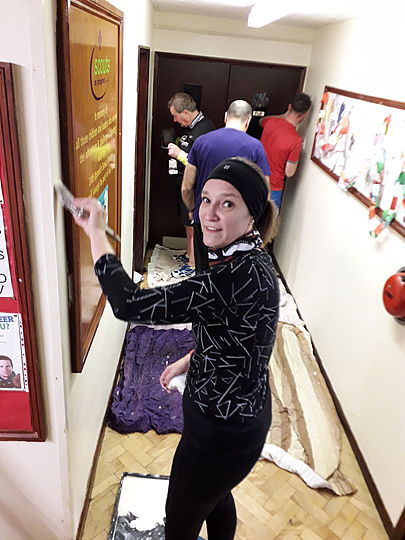 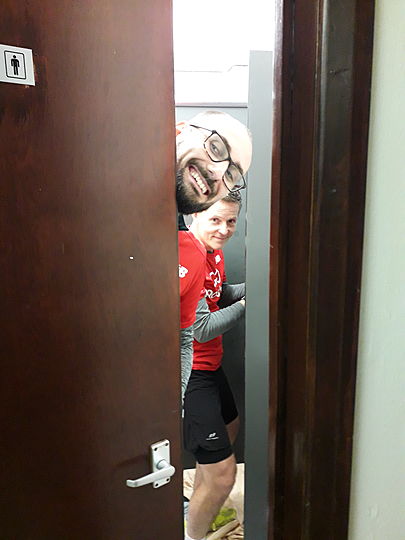 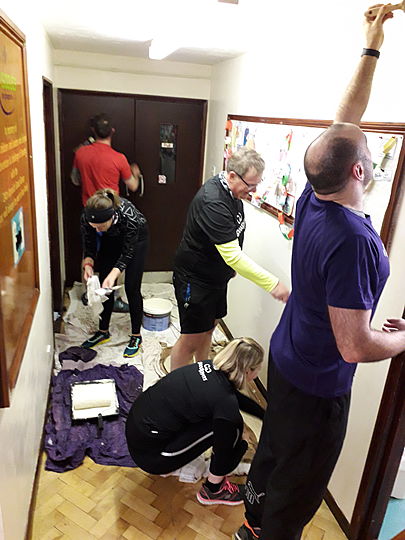 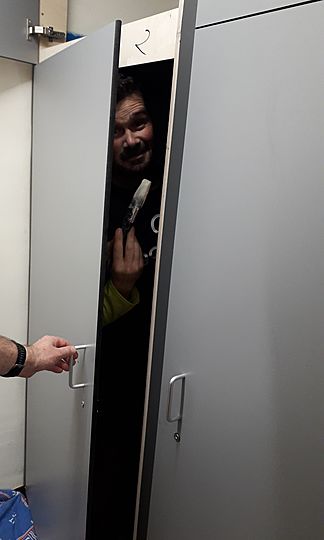 Tonight was one long celebration.......

It was Daniela's 23rd birthday on Sunday, Robin was about to complete his 100th good deed with Goodgym Ipswich and it was our last Group Run before Christmas so we ended the evening in the pub!

Daniela volunteered to back mark and had a brand new birthday set of lights to try out - you could see her for miles!

Our task was to paint three bathrooms and a foyer area at the 24 Ipswich Scout Headquarters. All the areas were fairly small and we split into teams for each area. Dan, from the scouts was fantastically well organised with numerous dust sheets, brushes, rollers and paint all ready for us to get stuck in.

It was comical watching people squeezing into small spaces and trying to avoid painting each other in the process. However the teamwork was once again top notch and all areas were completed in around 30 minutes.

After a brief tidy up we were off for the return 2 mile leg of our run.... and as it was Monday it began raining! This didn't dampen spirits as several of the group took on some additional fitness work by running out & back intervals ahead of the main party.

...Talking of parties!! - our run ended right outside our regular choice of pub when there's something to be celebrated. We ended the evening with some pre-christmas cheer as well as toasting the birthday girl and the centurian !

Goodgym Ipswich takes a break over Christmas and our Group Runs will resume on Monday 6 January.