Cod we have had a better time?!

7 runners ran on a training session in Portsmouth. 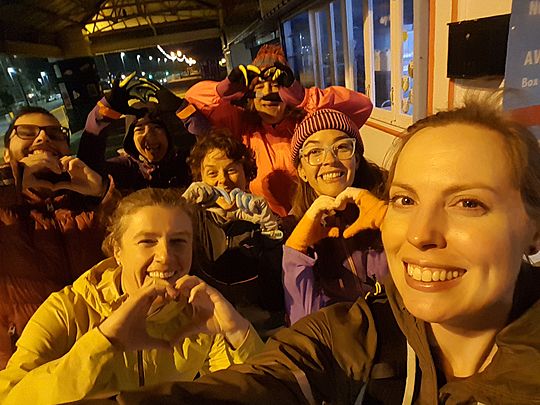 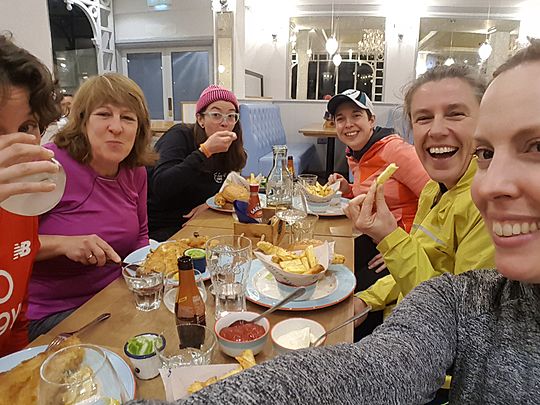 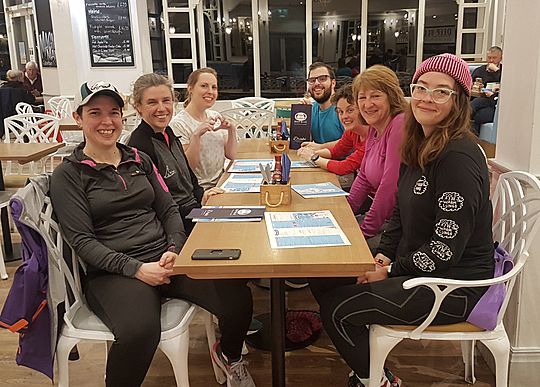 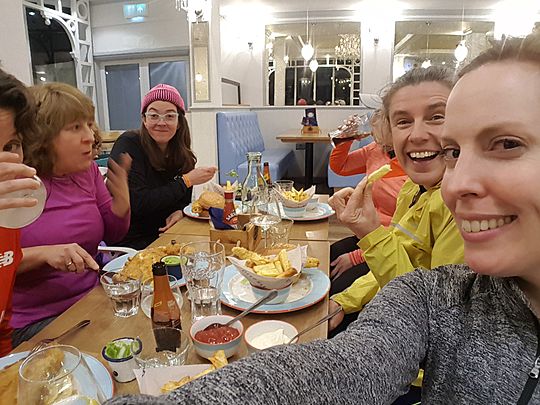 Seven great pals, united by their love of Goodgym, running and food, met to share their Valentine's eve.

Despite the early signs that Storm Dennis is on the way, the rain held off and we soon warmed up as we took off down the prom towards Eastney, splitting up into two groups of those wanting a speedier or less speedier pace.

The return to the pier turned into an unofficial competition; who will win, the prom or the storm flattened beach runners (mostly sand!)?!? The prom took it, with Louisa proving that beer and pasta is the best training fuel!

The highlight was of course the giant portion of fish and chips at Deep Blue afterwards, in the best company :-)

We love this plaice!