Clearing up a storm! 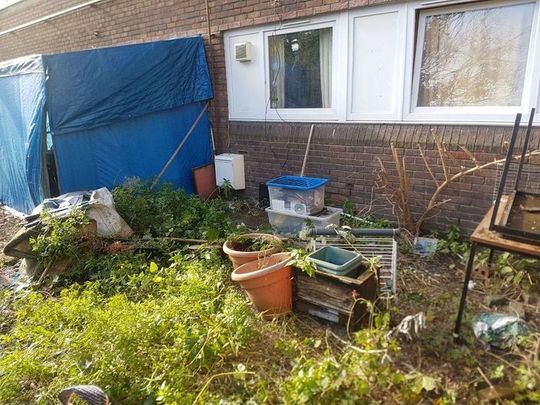 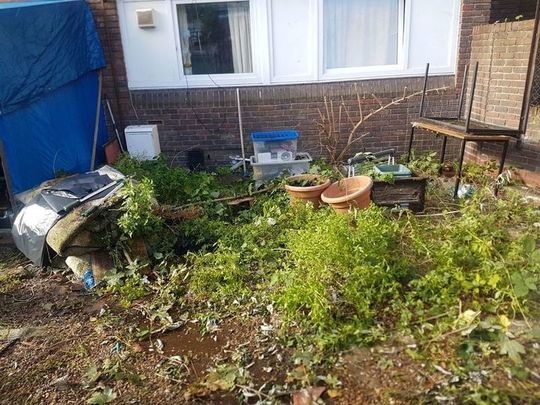 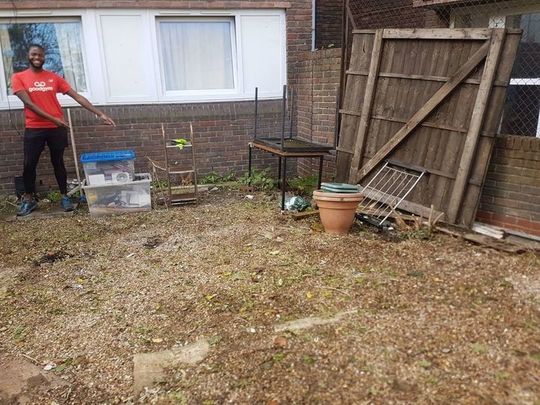 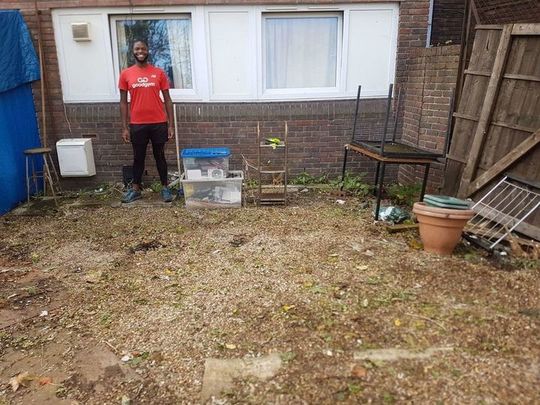 Rodney and I met on a windy but sunny Saturday morning for a classic GoodGym mission. We were in imminent danger of it being a very wet task but luckily the wind gods blew the storm clouds away!

The task at hand was clearing Mr V's garden which was overgrown with buddleia and brambles, as well as some debri/rubbish. Armed with tools provided by Poplar HARCA, Rodney and I got to work quickly!

First we cleared the big pile of branches that had already been cut down and then we got to work weeding the garden and finally clearing as much debri and rubbish as we could. Mr V's brother came out to the garden throughout and was quite impressed with the speed at which we worked! He stayed and we all had a lovely chat where he told us about his plans for the garden so that Mr V could make more use of it.

At the end, the garden was looking much better and Mr V was very happy with his newly clear garden! With their big plans for the garden, we hope to be back to help them in the future!