6 runners ran to help the Community river clean up in Norwich. 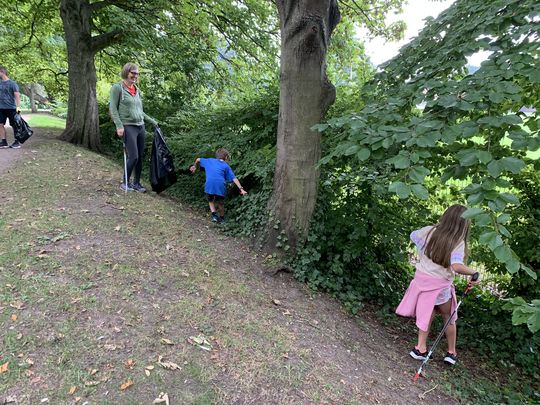 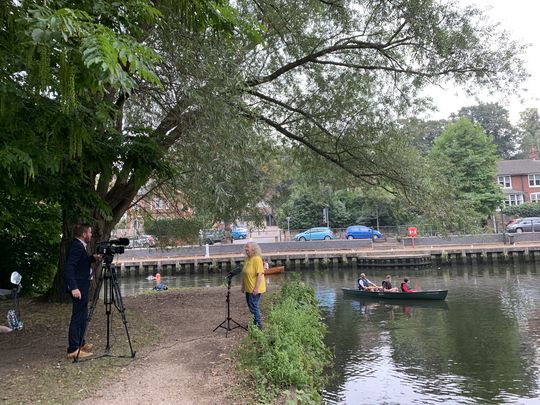 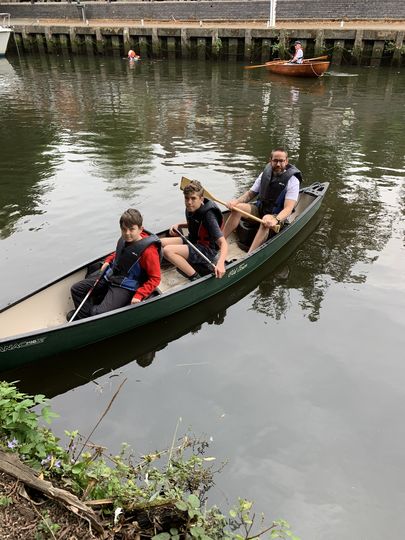 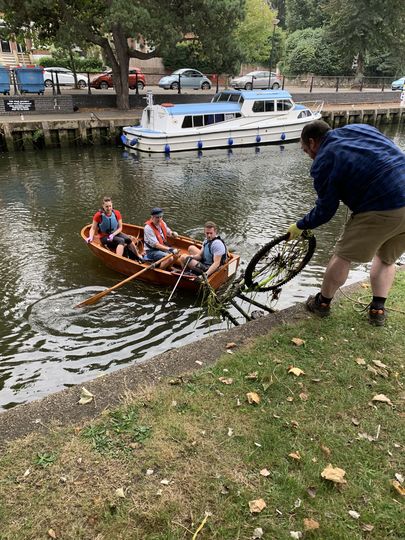 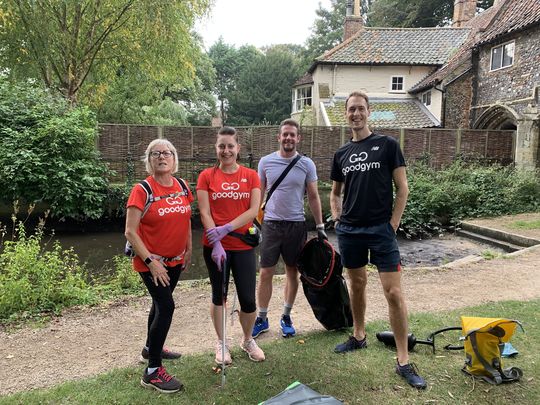 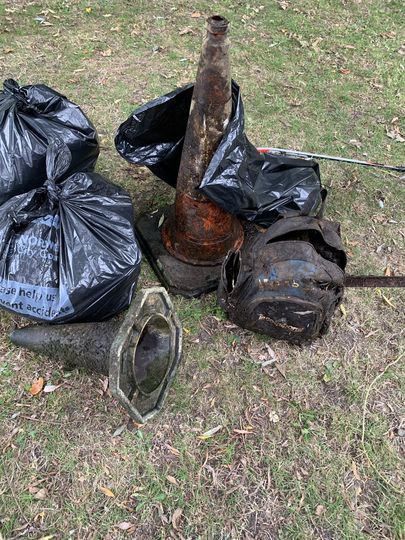 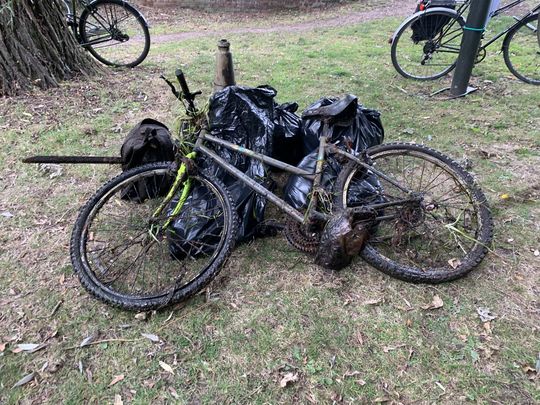 We welcomed Ralf on his first Goodgym Mission, and his partner Maddie on her 3rd but first in a Goodgym Red T shirt. Ian was attending with his own 🛶 but unfortunately it had a puncture. Dave and his family were in a canoe already and was lucky to photobomb the interview of the organisers of this River Clean by ITV Anglia. Susanna arrived by cycle with her children, I arrived on foot on my own 🥲 After all signing in, and collect bin bags and litter pickers we were divided into groups and off we went . We managed to collect a bag of rubbish and as Ian & I walked back we spotted Maddie & Ralf in one of the Canoes and they were near the bank having spotted a bike in the river, another group member on the bank pulled it out. Great spot, Ian and my best find a nappy 🙈 on returning to the finish the bin bag heap included the bike and a very dirty backpack, loads of traffic cones. After an hour and a half some of us left for home, others stayed longer. Another task well done. And we made the local evening news 📰