0 runners ran 5km in a race in Tower Hamlets. 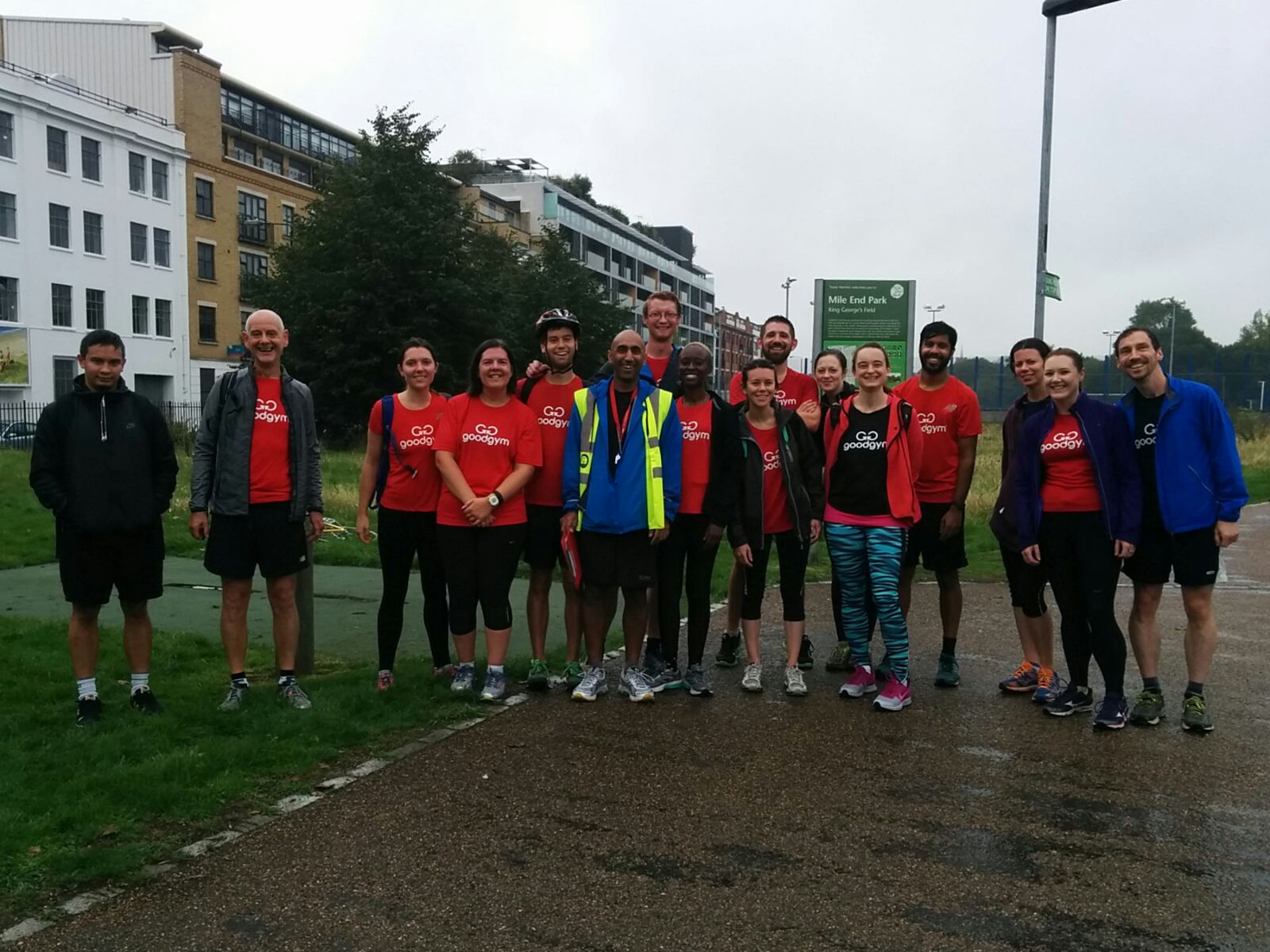 In the week leading up to Saturday morning, GoodGym friends had tried their best to wind me up with cracks about things that could go wrong on my first day helping to organise Mile End parkrun. The jokes actually helped keep me calm to be honest, so thanks for trying Axel and Steve. Better luck next time hey chaps!

"Just imagine everyone is sitting on the loo"

When I got to the start on Saturday morning one of the first runners to arrive was Richard 'Stella' Foster who was about to run his first parkrun. Seeing his friendly face early on put me at ease as I knew things were soon going to get funky when all the runners arrived. My task was made quite easy by working with a fab team of very capable volunteers including GoodGym's amazing Anna 'Marathon' Myat. More help from GoodGym was also found in the form of Paul 'PB' Bone who I'd recruited as a guide runner for an incredible blind athlete and Mile End regular, Louise. The sea of red and black GG t-shirts in the crowd made the runner briefings quite relaxed and more like chatting to a bunch of friends. Steve told me afterwards that if I ever get nervous whilst doing the briefings, just imagine that everyone I'm talking to is sitting on the toilet. I'll keep that in mind (I think!)

As the runners as they completed their first lap, despite the rain there were going to be a lot of really quick times. The lead runner completed the 5k course in just over 16 minutes. The leading Goodgymer was Andy 'The-Hat' Lulham who finished in 5th position, blazing his way through in 18:40. It was quite something to see a red/black GG t shirt so frequently as the runners came in. As the runners come through the finish funnel things really did get hectic. One runner approached me thinking she had lost her bank card and other items. To keep her calm I told her not to worry as I knew about 20 friends (GoodGym!) that would stop what they were doing to help look for her things. I asked her to go check her bag and jacket whilst I spoke to Will 'The-Apprentice' Dowsett about rallying the GoodGym troops if it was needed. "No worries man, just let me know when". Was his typical response. It turned out that help wasn't needed after all as the young lady in question hadn't lost her things after all! It was great to know Will and co were ready to help out though.

We had about 20 GoodGym'ers there on the day, about 15 running, a couple volunteering and a couple cheering. The atmosphere was pretty cool and upbeat despite the rain. Thanks to all of that came down and in particular Anna and Paul. If anyone would like to volunteer at future Mile End parkruns please check out the volunteer page or if you have any questions, give me a shout. The parkrun events would never exist without it's volunteers so any help would be most welcome. Hope to see you again soon on a less rainy Saturday in Mile End!