14 runners ran 8.0km to help the Stompie Garden in Southwark. 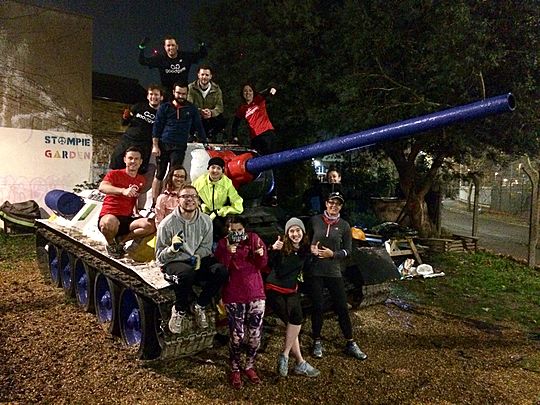 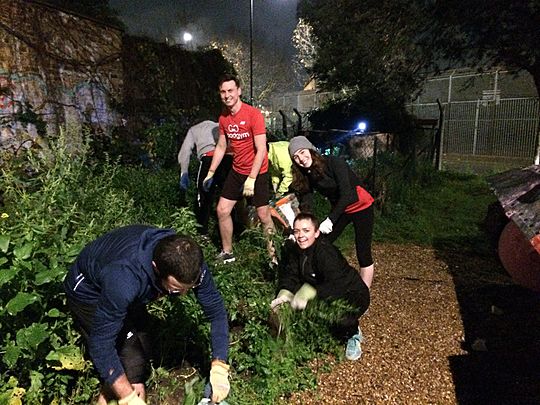 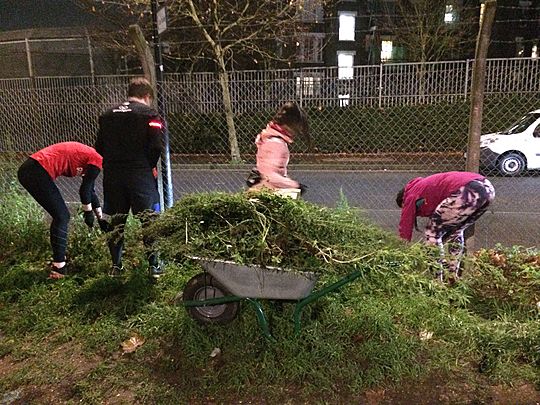 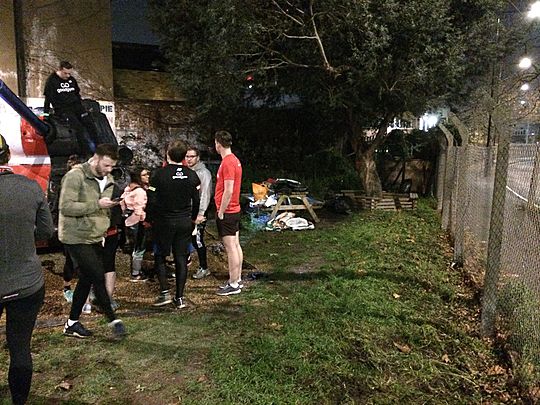 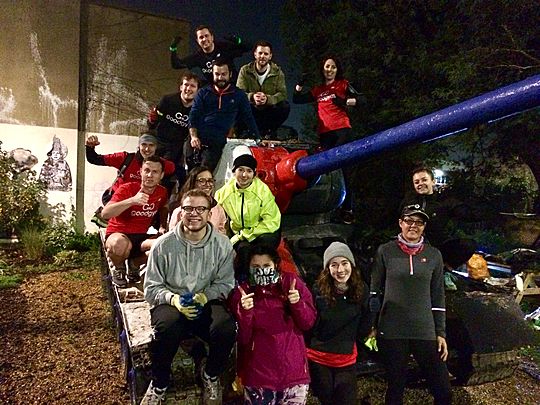 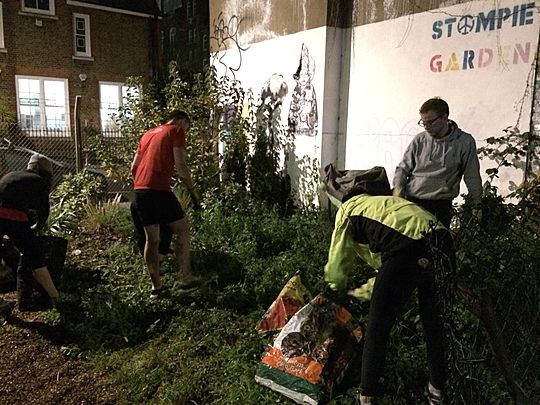 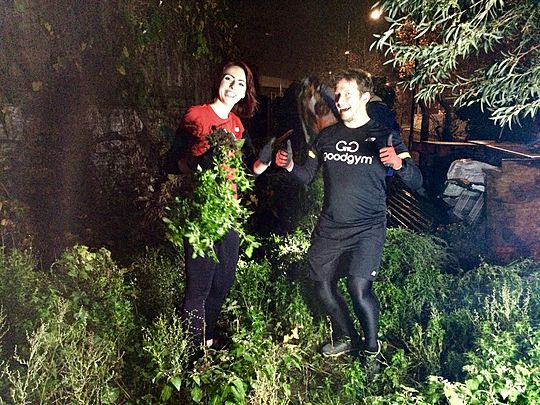 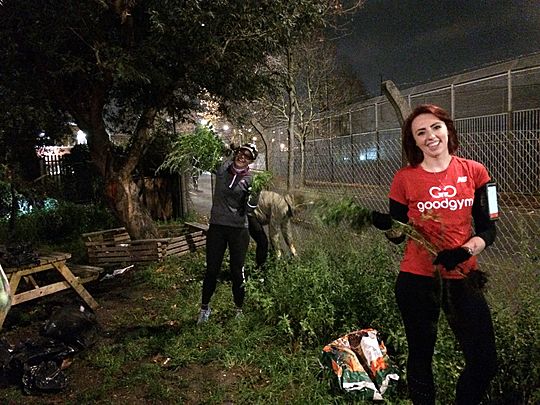 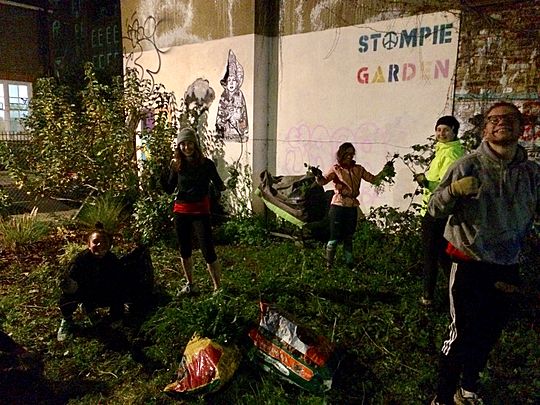 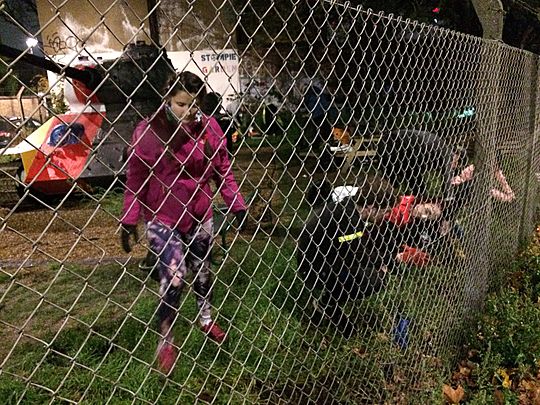 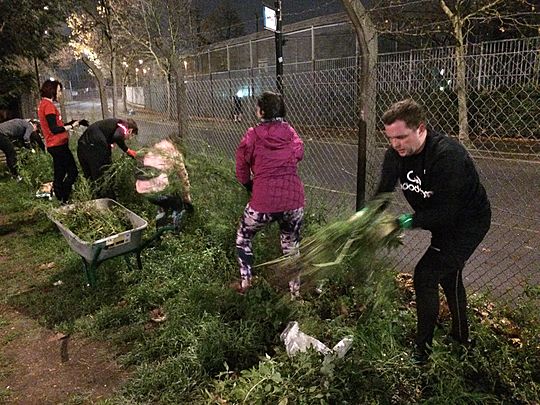 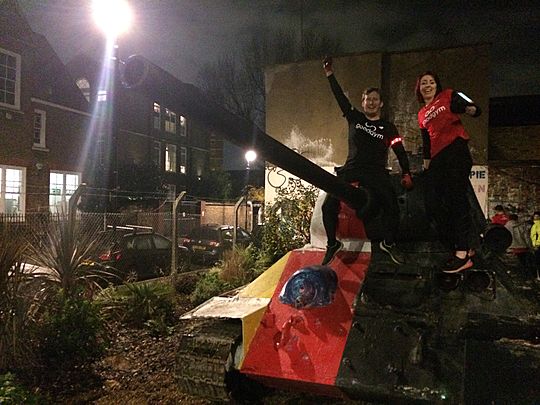 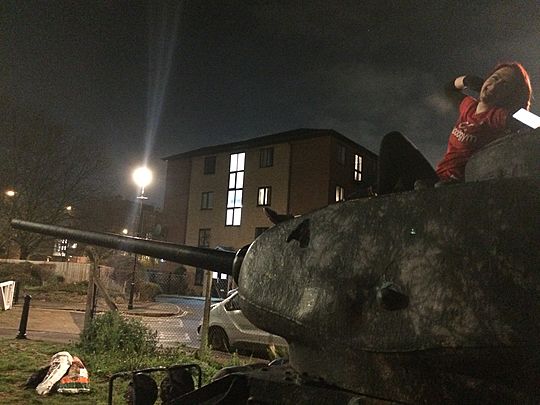 Last night 14 runners ran 8km in total to the striking Stompie Gardens, to help the Tabard Growers in this community space that is home to a decommissioned Soviet Tank!

With the night being colder and a longer distance to run, we set off out the door promptly and hopped straight into our warm up. Once we got moving conversations were in full flow. We arrived in good time to meet Peter who had laid out gloves and bags for us, and directed us to the task of weeding and litter picking. Splitting into 2 teams we got stuck in clearing weeds all along the perimeter fence, and behind the huge tank sat in the middle off the garden! The ground was soft so the weeds were easily pulled out and in no time the garden had been cleared. Finishing off by picking up litter and placing all garden waste on a compost heap. There was even time for a bit of climbing aboard 'Stompie' for a creative group photo.

FUNNY FACT - Stompie the tank was bought as a gift by the land owner for his son. The tanks gun is apparently pointed towards the council buildings after a dispute between the land owner and the council who tried to get rid of it.

After a swift 30 minutes of work was complete, we said goodbye to Peter until we return to Tabard Gardens again next week. On the way back we upped the anti with some lampost strides, a game of knee tag and our weekly squat hold! With Nellyinstructing us that she couldn't stop moving! We kept the pace going all the way back to Old Spike.

Next week we will be running 10km overall as we return to Tabard Garden Allotments to assist the Tabard Growers with more digging and soil moving.