A Dennistration of Resiliance and Innitiative

18 runners ran to help the Northern Slopes Initiative in Bristol. 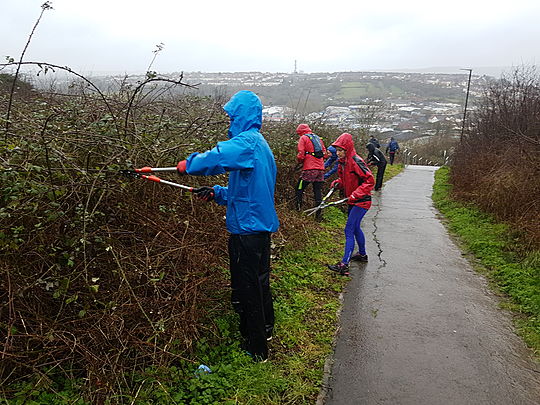 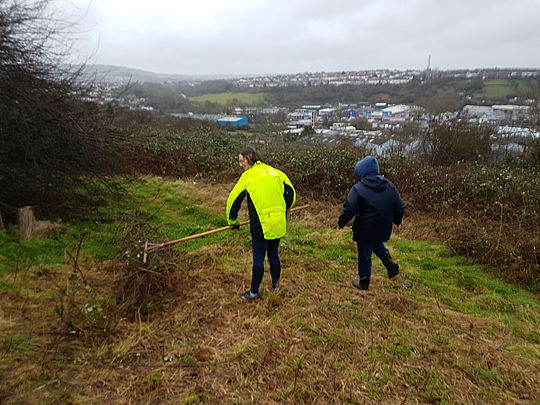 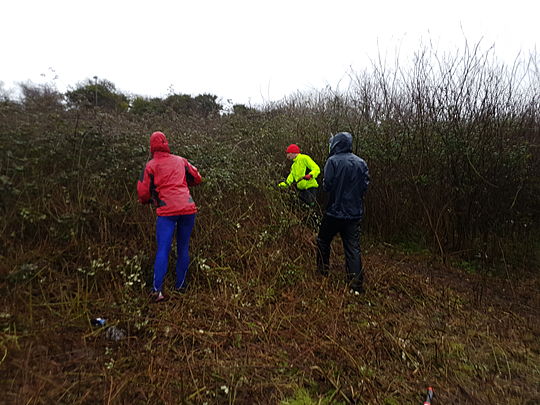 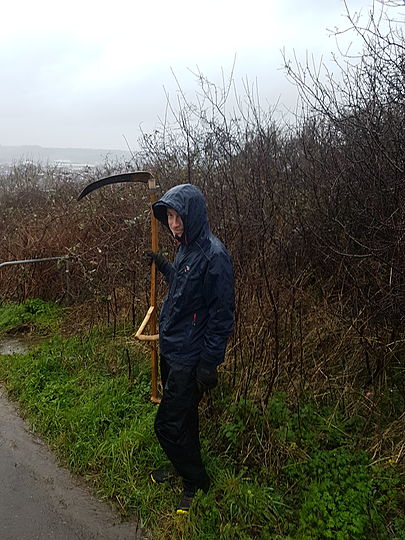 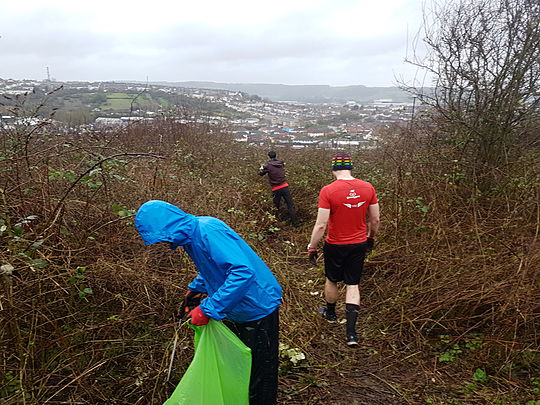 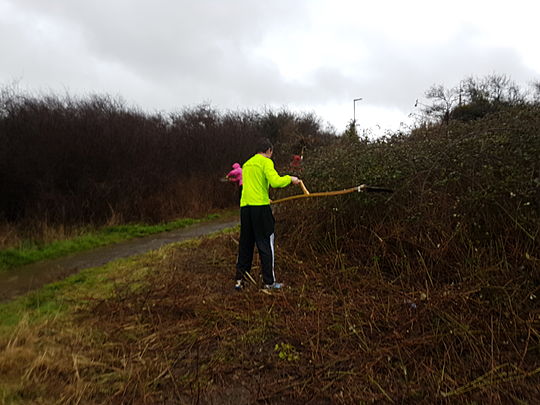 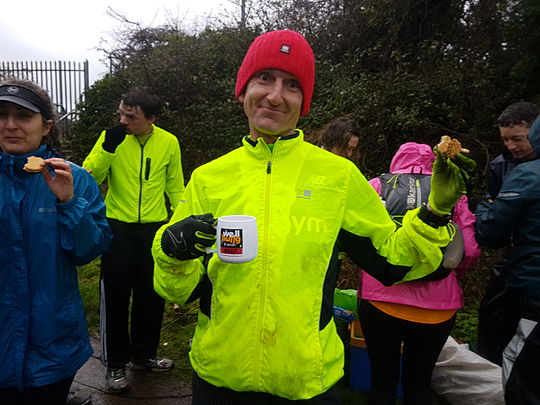 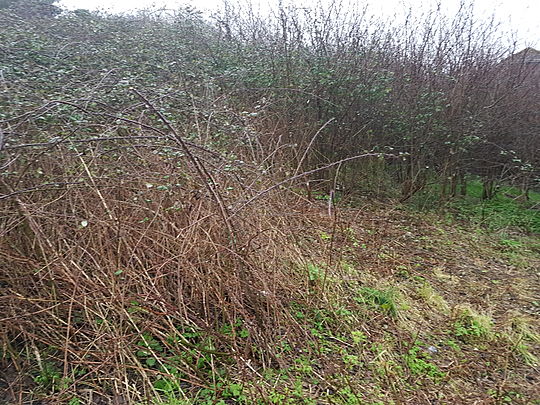 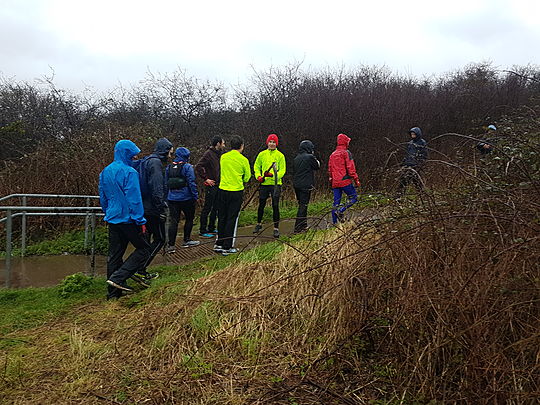 Storm Dennis was a rumbling but still the hardy GoodGymers sent brambles a tumbling.

The Northern Slopes are 4 green areas in southern Bristol that help to provide natural space and habitat for insects, plant life and animals in an urban environment. Although the council does a bit of work in the area it is not enough to keep the area diverse, under control and in a pleasant and useful enough state so that it does not get eaten up by further building developments. That's where the Northern Slopes Initiative comes in. Julia, our ever welcoming host, is from the NSI and showed us what had to be done in the wind and rain. We were handed scives, loppers and even tree poppers and set to work cutting back brambles and giving the place a neater cute than a newly opened Turkish Barber styling the hair of a professional footballer before their wedding day using a protractor and freshly sharpened scissors. Alright, maybe not that neat, but we did do more cutting back than a dieter on a budget. Apart from some minor scratches, one being on Russ' conk, we all came out relatively unscathed and enjoyed biscuits and hot beverages kindly provided by Julia after an hour of grafting. GoodGym spirit shone through again as when the flask of hot water was empty, and some folks still had no brew, those who did shared theirs so all were warmed by not only tea but the kindness of others. And that is bramble there was to it. Wetter not forget to dry out and warm up again now.