A Cereal-sly Good Night Down at the Food Bank

22 runners ran 1.9km to help their local community in Crewe. 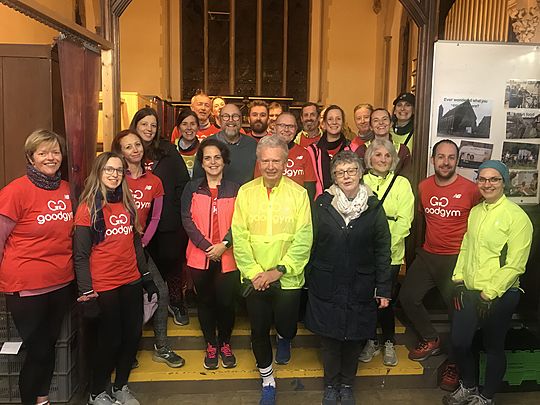 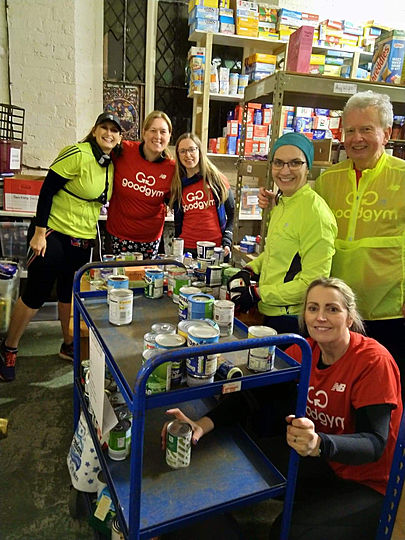 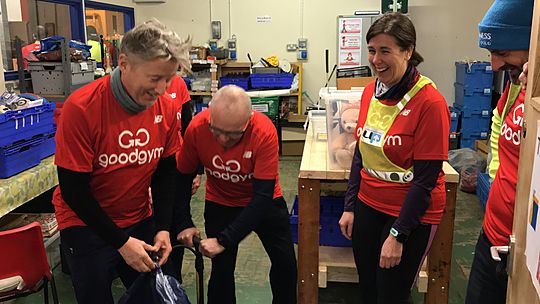 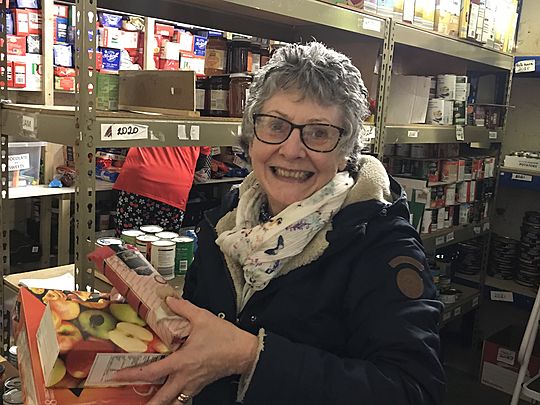 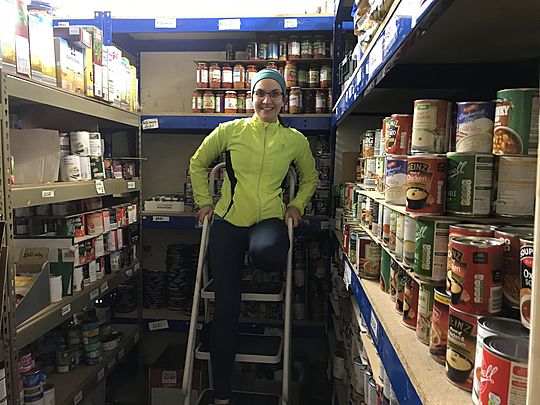 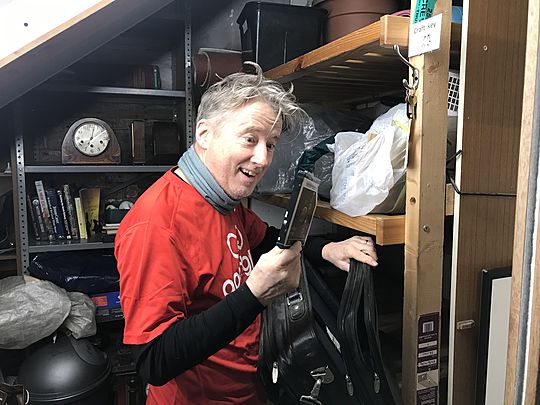 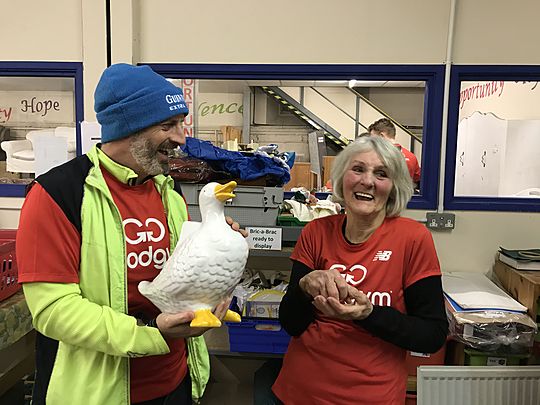 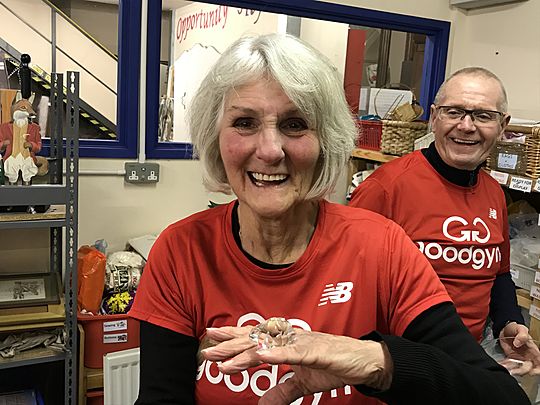 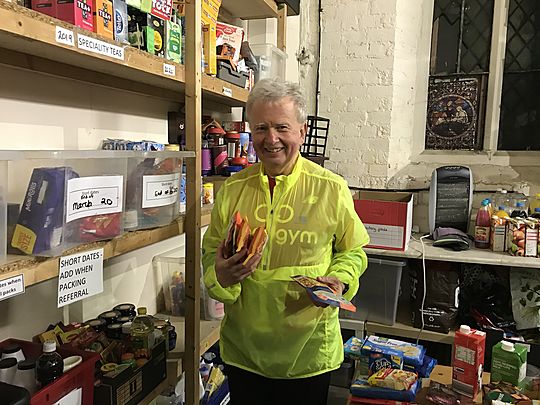 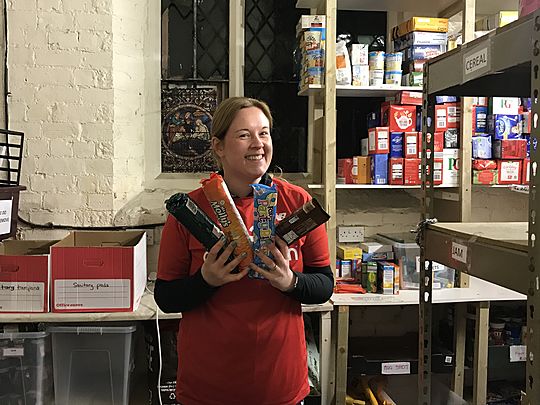 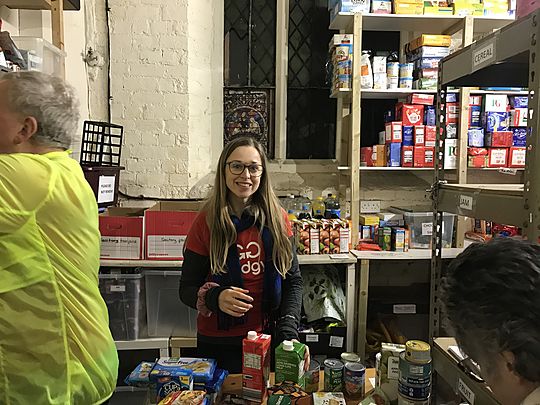 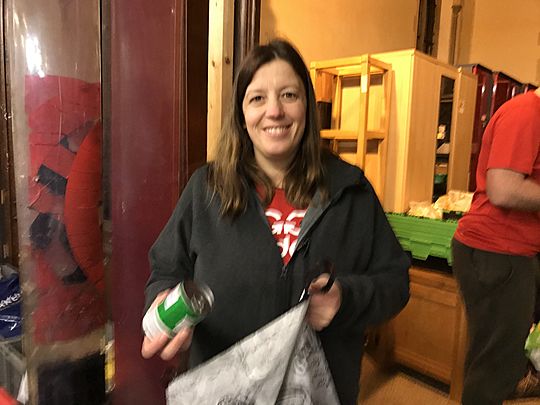 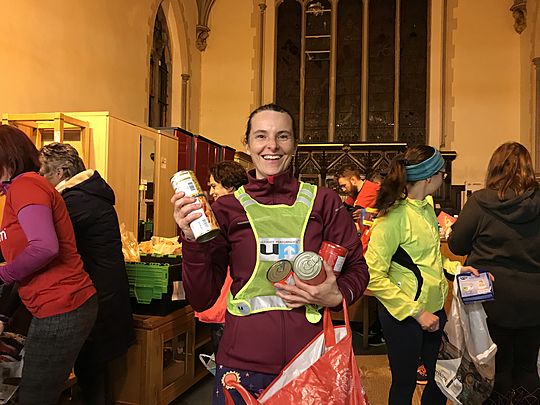 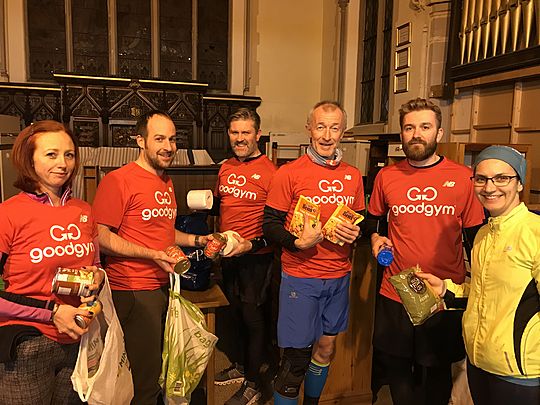 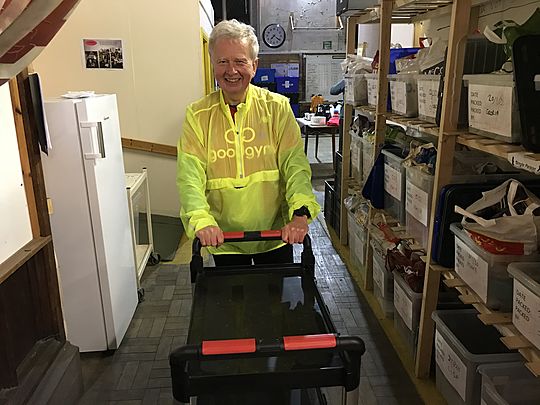 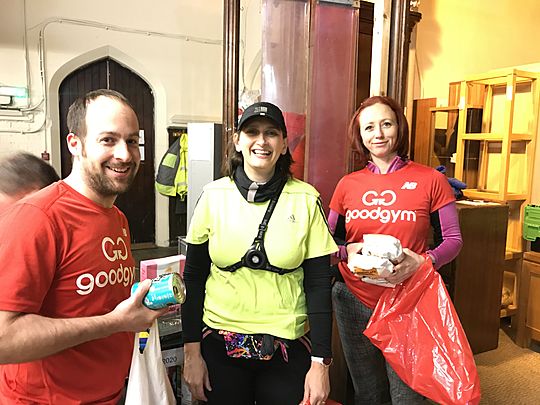 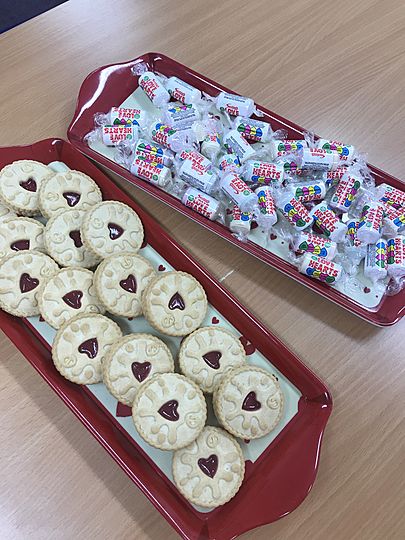 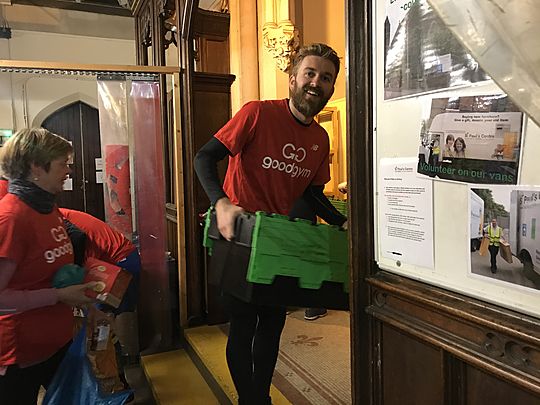 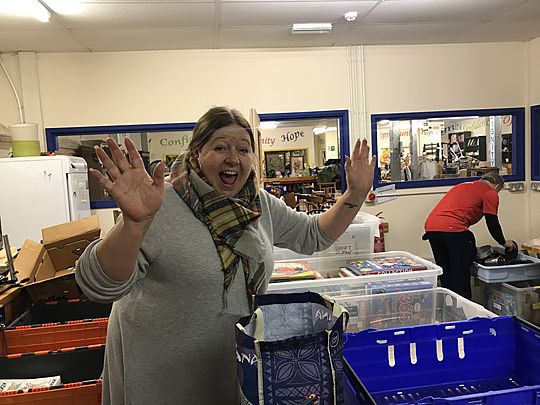 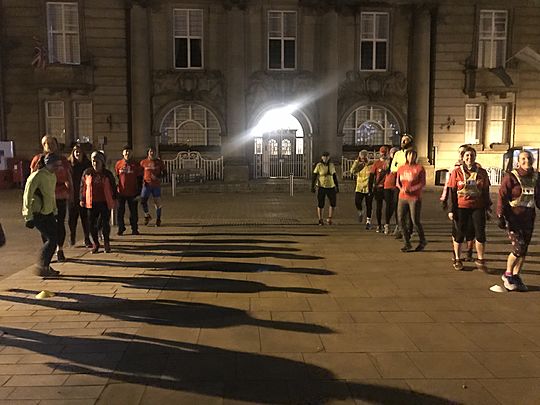 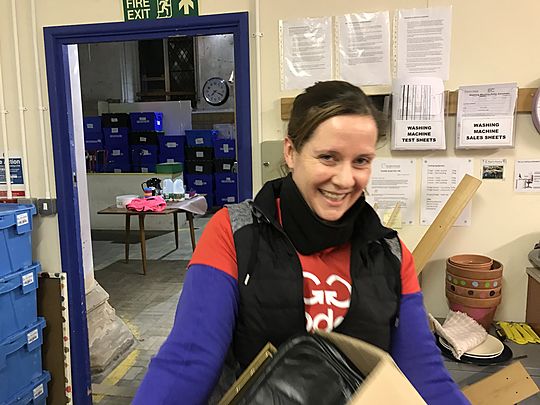 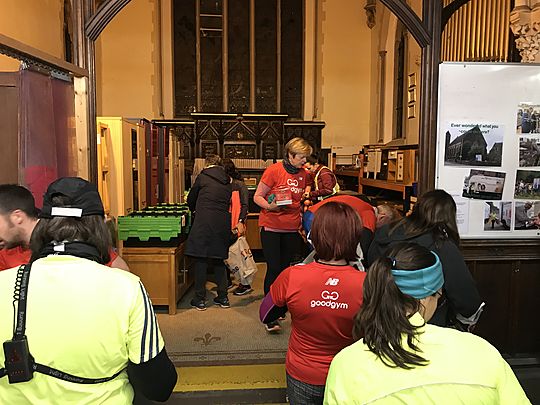 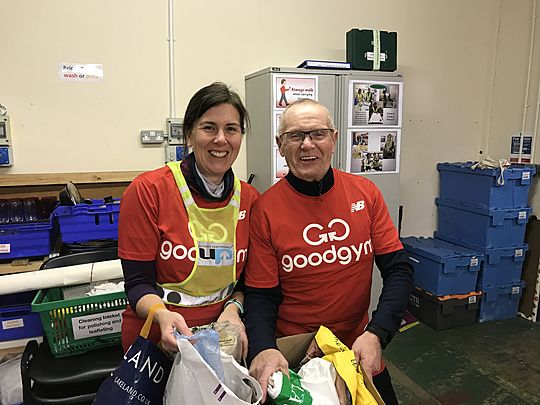 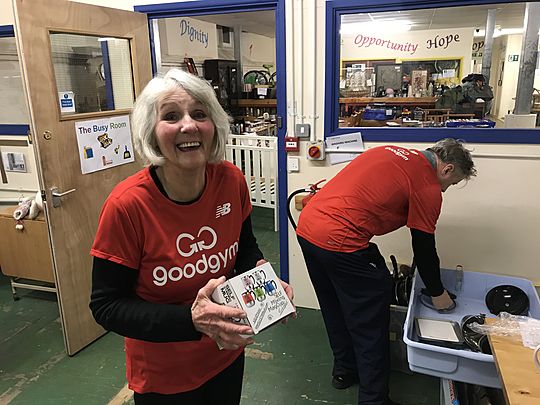 A massive welcome to Sam who joined us for her first GoodGym experience tonight! We hope you had a great night Sam and enjoyed the craziness that is GoodGym Crewe! Hope to see you back again soon.

Great to see Michelle back for her second task, even though her new hairdo completely threw me and I re-introduced myself like a total numpty!! (sorry Michelle!!). Great to have Barry, Louise and Phil back with us after a bit of a break (no pun intended Barry!!!). We’ve missed you!

Huge kudos to Sophie for becoming the 4th member of the Taskforce and for taking on the role of walk leader along with Maurice to lead tonight’s walking group. Thank you Sophie and Maurice. Big thanks to Karl who took on the role of back-marker this evening, ensuring nobody was left behind. A massive thank you to Cheryl & Rob at St. Pauls for taking 22 runners into the foodbank this evening and allowing us the responsibility of sorting and organising your shelves!

This week is Valentines, so naturally, we had to have a Valentines Theme! It started with the pre-run refreshments (or should I say pre-run nutrition…….erm) – jammy dodgems and love hearts (very healthy) with a few chocolate fingers thrown in for good measure (and to cater for us chocoholics!!).

Our warmup was meet and greet (basically, you have two teams. One person from each team sets off and runs in a big circle until they meet the person from the other team, they high-five each other and return to swap with the next person). I think it’s fair to say that we’ve all become good friends since GoodGym launched in October so I couldn’t understand their reluctance when I suggested they kiss their partner as they swapped over (well, it is Valentines after all!) ;-0)))) LOL! In the end, we settled for shouting out the name of a song with the word ‘LOVE’ in the title instead – they seemed happier with this – no idea why! ;-0)

Once suitably warmed up we set off into the (once again) dry night (so lucky). We had a large walking group this evening (7 in total which is fantastic!) with the rest of us running. The runners took a slightly longer route to the foodbank, heading up through the town centre. I always love to see the sea of red t-shirts as they weave their way along the pavement – we never fail to get a reaction from passers-by (even though people do sometimes look a bit like a rabbit in headlights when they see us all coming!!). I always love to see the reactions!

We were greeted with a wonderful welcome from the lovely Cheryl and Rob at the foodbank. They showed us all the food that had been generously donated by the people of Crewe and needed to be sorted (481kg in total!!!). We set to work like a team of worker ants – sorting, stacking, carrying and organising tins, packets, jars and boxes until they were on the shelves where they needed to be. As there were 22 pairs of hands tonight, we had spare capacity to sort some of the bric-a-brac that had also been donated to the church. We had great fun trying to inflate an airbed, adorning ourselves with large diamond rings and making conversation with pottery ducks – as you do! We even had time for a brew and a biscuit that had been kindly laid on by Cheryl and Rob. Michelle and Karen were chief brew pourers as I can’t be trusted apparently (can I Karl? ;-0)))

Once our work was complete, we set off back to base via the infamous ‘Rocky Steps’ (well Crewe’s version at least!) for a short workout. We were ‘encouraged’ in our exercise session by some local youths. Everyone took their encouragement in good humour as we did our one-legged squats, plie squats and a couple of circuits around the perimeter of the steps. We made sure that our ‘supporters’ knew who we were and what we were doing, so who knows… maybe they’ll look us up when they’re old enough…

Another amazing turnout tonight and such a huge credit to each of you for being genuinely wonderful human beings, who come out on cold nights week in week out to put something back into your community. Not only is it truly inspiring but it restores my faith in people and our society. There’s a lot of good in our local community and it’s a huge privilege to be a small part of it. Thank you for making my Wednesday evenings so wonderful and for making Crewe a better place to live.

Hope to see you all next week! Have a fab weekend everyone!

Can I come to event before I join, just to see if it's for me.

I think so Jane. It's well worth it.

Great report Nicola of another successful, enjoyable evening in good company. We have been so lucky with the dry evenings so far. I hope I haven't put a jinx on next week now !

Hi Jane. There’s no cost or commitment with GoodGym, so like John said, please come and join us for an evening and see what we get up to. Everyone is lovely and will make you feel very welcome. Hope to meet you soon, Nicola xx

Haha, I hope so too Maurice!! I can’t believe how luck we’ve been with the weather so far. Long
may it continue! Xx