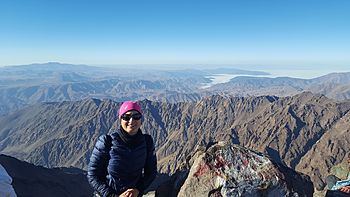 Fitness session. We will be challenging ourselves to the Queen’s Park time trial.

We'll be meeting at Papagayo while the Queensbury is closed but please find everyone on the outside area in front of the pub. You can still leave bags but the run leaders or Taskforce will help with this to prevent any unnecessary congregation inside - do be prepared for the weather!

Is possible please bring your own gardening gloves too!

Helping with a food growing garden

We'll head over to Newman Catholic College and the main task is to shift tonnes of woodchip to the growing areas. There will be a number of other tasks but they will be outlined on the day by Kate and Tatiana.

Task starts at 10:30am so you have time to get parkrun in before heading over to Newman Catholic College, Harlesden Road, NW10 3RN

Do bring your own gardening gloves if you have them.

It was a big night for Brent with two long lost visitors, and one goodbye!

Area Activator Pritesh was back for the first time in a long time, along with Claire who we were all happy to see visit us.
It was great to see such a big group (double figures!) but sad that it would be James's last regular session in Brent.

After a great long intro from Pritesh, James led the warm up, including the (im)memorable spotty dogs.

Once we were warm we ran the short distance to Brent Mencap who had lots of cleaning materials ready and waiting for us to tackle their outdoor area. Pete got to work with the broom, sweeping the paths. Rebecca did a little weeding before joining Tabitha, James, Monica and Helen cleaning the windows outside....with some helpful pointers from a passerby

In no time at all it was spick and span and we stopped to admire our work and take a beautiful team photo.

Our work was done, but our time wasn't up and Claire led us to the middle of a nearby hill and gave us some pointers on mastering a hill run. We split into teams and pumped our arms up the hill, not once, not twice, but FOUR times, cheering on the other team when they ran up.

Not quite ready to finish up, we took a winding route back to Papagayo and gently cooled down and stretched. With the first task done, it was time for the second task of the night......to give James the send off he deserved. James has been part of Goodgym Brent for over two years now and we will miss him, but wish him well in his new adventures. For those who turned up just for the promise of cake, they were not disappointed as we had not one, not two, but FOUR cakes to celebrate!

Looking forward to seeing everyone soon!

We're heading to Brent Mencap for a cleaning task! This time, though, we have the task of cleaning their entrance area. It'll be hard work but an easy run so all will work out. it's less thank 2km each way so you'll have plenty of energy for the task at hand.

It's also James' last run with GG Brent before he moves to the North. Do come along to celebrate (and commiserate, perhaps?) - there's talk of pizza and cake!

We'll be meeting at Papagayo Cafe while the Queensbury remains shut but you can still leave valuables inside - the run leaders or Taskforce will help with this to prevent any unnecessary congregation inside! As ever, as it gets darker and darker do bring a headtorch if you can.

Brent's local the Queensbury was closed (again!) so 9 of us met outside Pappagayo ready for tonight's task .

We welcomed back Becka to her second Brent goodgym aswell as Pippa who had crossed the border from Camden. Three Brent Goodgymers , Samina , Liz and James were given a special pat on the back for making it as on Sunday they had completed the Islington City Run.

After warming up, we ran two km to Brent Mencap where they had a stack of leaflets ready for us . Our mission was to deliver the leaflets with information on Mencap's groups and activites to local households. Sabina knew the surrounding streets well, so split us into two groups and allocated streets to each group.

Sabina, Pete , Liz , Pippa and Tabitha stuck together and expertly delivered the leaflets in no time at all. Samina , Lee, Becka and Clive headed in the opposite direction and ensured those living near B&M had leaflets too . They returned to the meeting point where they were very warmly welcomed by the first group who had been patiently squatting while waiting.

As we had some time to spare Liz led us back on a longer route, with a longer cooldown to ease those aching legs , leaving us all hungry and thirsty and ready to roll into Papagayo .

Great to see such a big group and hope to see you all again soon !!

We're heading over to Brent Mencap to help distribute some flyers for an event they are having. It's a short run to Mencap and then we'll be distributing the flyers in the surrounding area.

As the Queensbury continues to be shut we'll be meeting at Papagayo Cafe You can still leave valuables but the run leaders or Taskforce will help with this.

As it continues to get darker please do bring a headtorch or light if you can.

The task was a stretch!

We met outside Papagayo cafe for a warm-up. This was followed by a short run to Mora primary school.

Unfortunately, there had been a little mis-communication, so the task was a little out of our reach this evening.

However, we put our time to good use with some fitness fun. Sabina kindly led a stretching session. This was followed by a longer run back to base, led by Liz.

We finished the session with some Mora stretching.

GG Brent - Back to school

It's back to school for GG Brent this week as we head to Mora Primary School to help with a big delivery of sand that needs distributing in the playground. A great physical task for us and a big help for the school. It's a 2 - 3km run this week. On the off chance that the sand is not delivered in time there will be another task for us at the school!

The Queensbury is unfortunately closed again so we'll be using Papagayo Cafe again but please find everyone on outside the cafe. You can still leave valuables but the run leaders or Taskforce will help with this to prevent any unnecessary congregation inside - do be prepared for the weather and the dark by bringing a head torch

GG Brent - Back to school