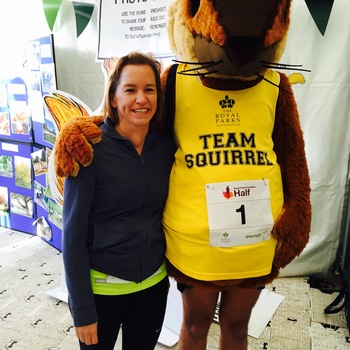 This evening we met at Papagayo cafe. Liz gave a short intro speech, including news that Lee has organised a Christmas social for us on Wednesday 1st December!

Tabitha and Samina began their walk to the task, while the rest of the team participated in an extra long warm-up.

Danny, Tabitha and Samina stayed a little longer at the task, cleaning the floor. The rest of the team headed to St Peter's Avenue for some hill sprints.

The team arrived back at Papagayo Cafe for drinks, chips and cake.

Karen Elliott signed up to a group run
Group run

We're back tp Mencap with some indoor cleaning on hand. Get those marigolds on (other brands are available) and get scrubbing! It's a short 1km run to Mencap and if we're lucky we've got some lovely hill sprints to follow the session

We'll still be meeting at Papagayo while Queensbury is closed . You can still leave bags but the run leaders or Taskforce will help with this to prevent any unnecessary congregation inside .

Karen Elliott signed up to a group run
Group run

Fitness session. We will be challenging ourselves to the Queen’s Park time trial.

We'll be meeting at Papagayo while the Queensbury is closed but please find everyone on the outside area in front of the pub. You can still leave bags but the run leaders or Taskforce will help with this to prevent any unnecessary congregation inside - do be prepared for the weather!

Is possible please bring your own gardening gloves too!

Helping with a food growing garden

We'll head over to Newman Catholic College and the main task is to shift tonnes of woodchip to the growing areas. There will be a number of other tasks but they will be outlined on the day by Kate and Tatiana.

Task starts at 10:30am so you have time to get parkrun in before heading over to Newman Catholic College, Harlesden Road, NW10 3RN

Do bring your own gardening gloves if you have them.