well we didnt ANTicipate that!!

10 runners ran 7.0km to help the chelwood foodbank in Stockport. 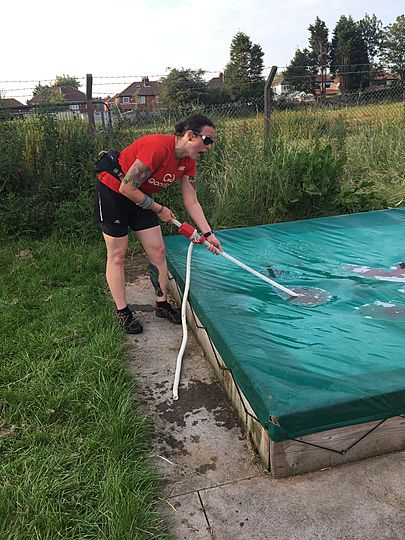 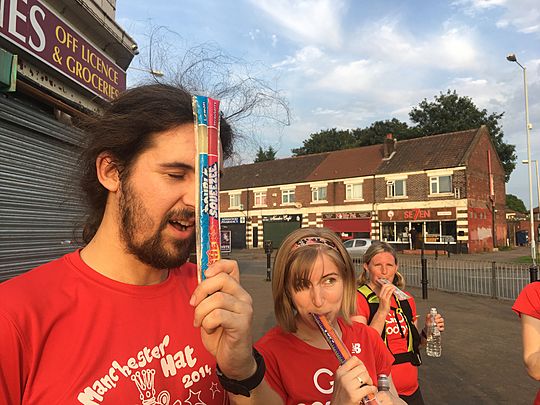 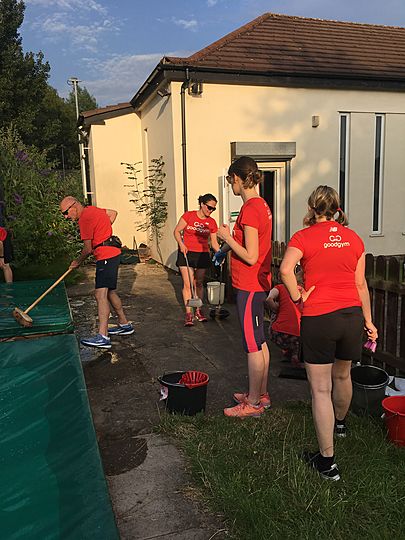 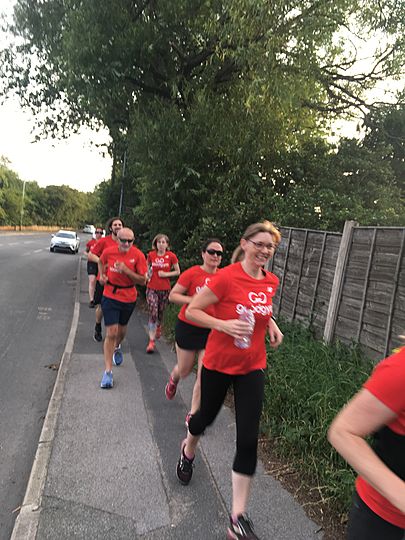 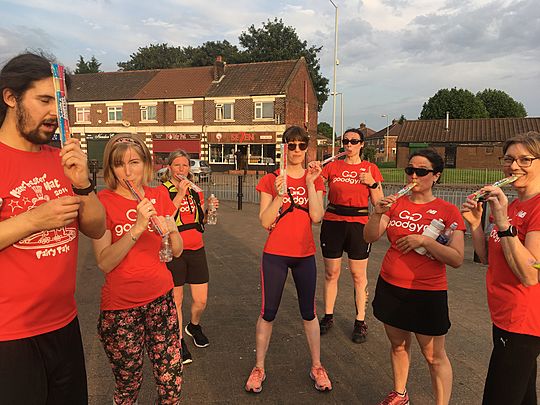 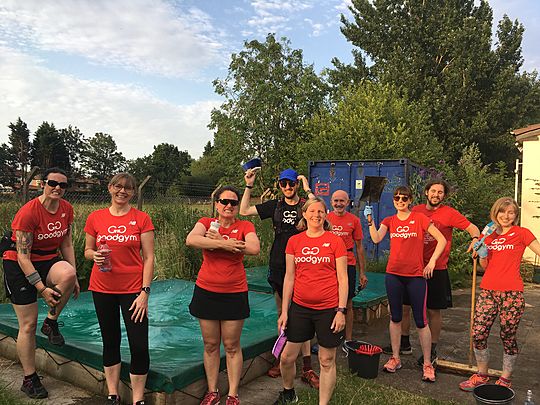 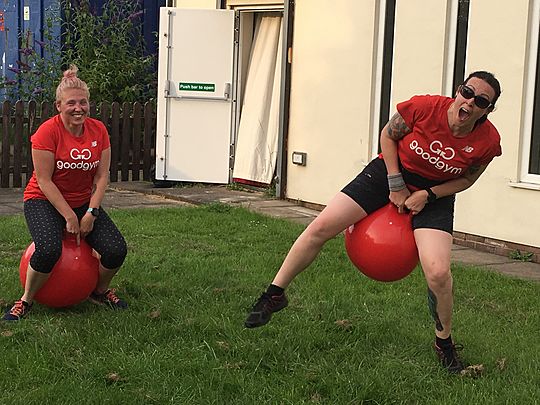 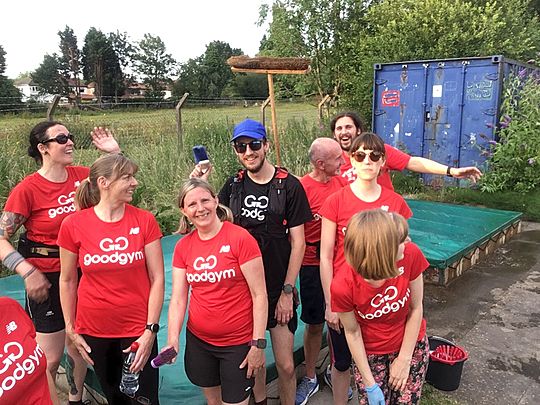 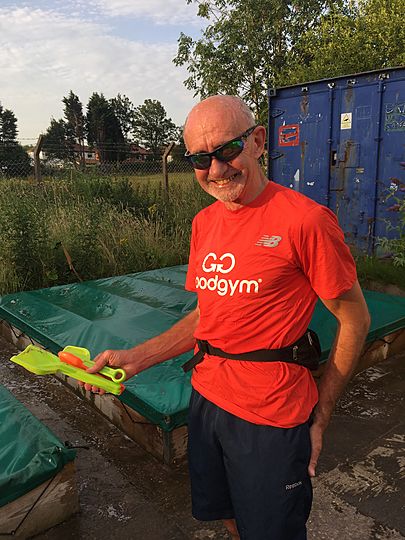 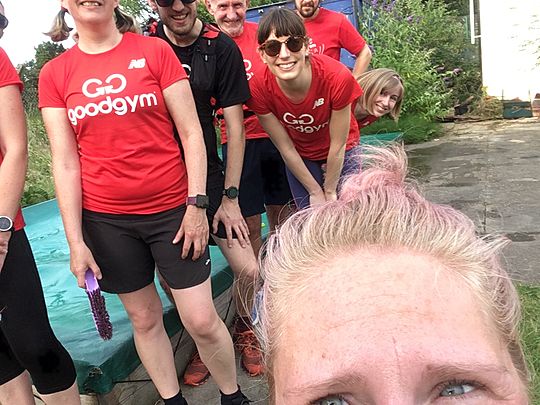 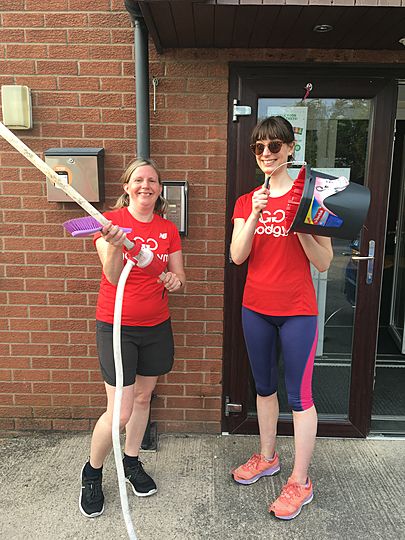 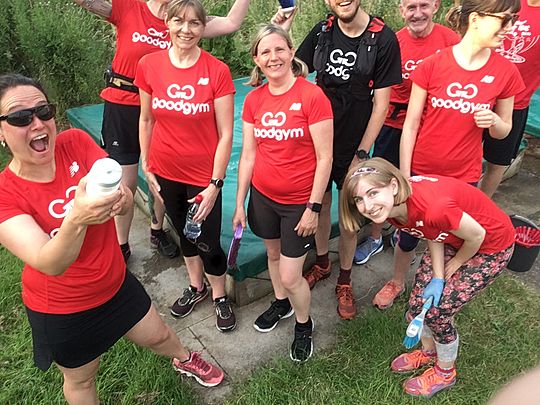 I can imagine a lot of the Goodgym reports will be starting the in the same way, WOW THAT WAS HOT!!!!

Well done to the 10 runners that joined in last night for a summer hot run to get beach ready for chelwood.

We set off a few minutes later than planned as we had to get extra water, as when the weather is that hot its really important to stay hydrated, after a water bottle shuffle we set off to run.

Chelwood is 3.5km away, it was very muggy and sweaty, everyone did very well to put up with my moaning…. I tried to be professional and motivating, but WOW it was hot, we did a few little stops on the journey just to check everyone was ok (really it was for me, if I didnt mention it before, I was HOT)

When we arrived at Chelwood tools were handed out, and the first job was to uncover the sand pits so we could pull up the weeds and give the area a clean, however, we were greeted by lots and lots of ants and eggs (photographic evidence in report), and if you were at last weeks run you may remember I got bitten a few times by some angry ants and so the mission got changed.

Bags, gloves, sweeping brushes, buckets of water and music was spread and we set to work clearing and cleaning the area, we moved trees, pulled up weeds, scrubbed the sandpit covers clean, o and then had a cheeky bounce of the space hoppers, they matched our T-Shirts, it would be rude not too!

After 45 minutes of cleaning and tidying the area for Saturdays community beach party it was time to run back, the sun had stopped beaming as hard but it was still pretty warm.

I had spotted a newsagent on the way to Chelwood and so I decided to pop in and treat us all to a ice pop, Oooooooo they were lovely!

We slowly headed back slurping in delight, once we had all finished we put the wrappers in the bin and started up running again, we had 2km left to shuffle run back to base, and we did it!

Well done to everyone who joined in last night, you were A.mazing, it was so SO hot. Even though we didnt sort the ant infestation we still did a great job of clearing and cleaning the area to be beach ready over the weekend! So lots of people will be able to get together, play games and hopefully enjoy some sunshine.

Last night was Emma's final run with Goodgym stockport as she is leaving to go work darrrnnn saaffffth, good luck with the new job, and keep us all posted on your goodgym adventures once your settled.

Remember I'm not here next week, I’m off to melt some more somewhere hot, the wonderful Tom Mutton from Sheffield is coming over to look after you, I’ve drawn him a famous map, so he knows exactly where he is going :)

Have a great 2 weeks running, ill miss you all, Lisa x x

Lisa Hamilton
Im the run leader for Goodgym Stockport, we have had a blast, its so lovely to see this ACE group thrive while doing good & getting fit!