Weed better get watering...oh but now of course it's raining

28 runners ran 5.0km to help the Colour Your Common Initiative and Friends of Larkhall Park in Lambeth. 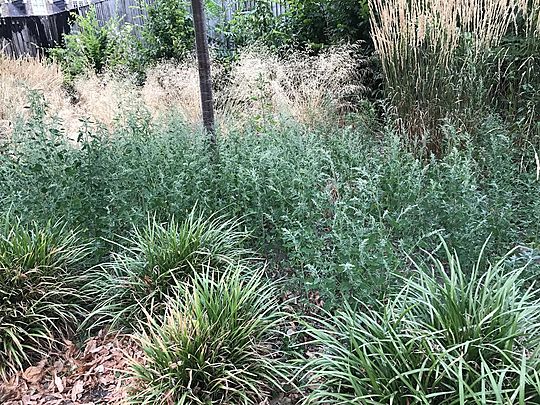 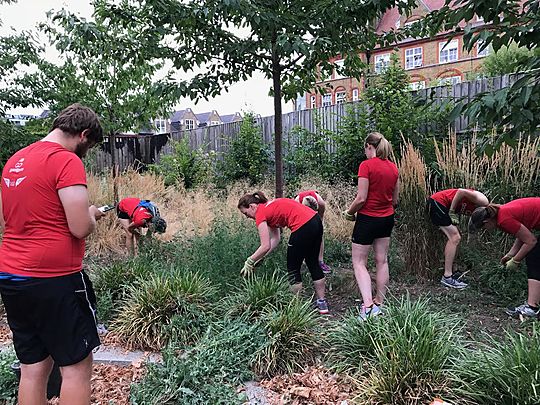 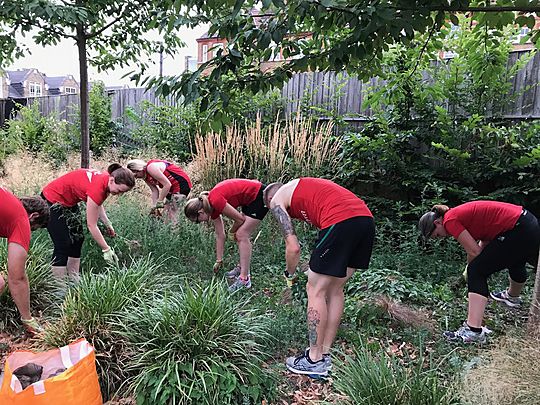 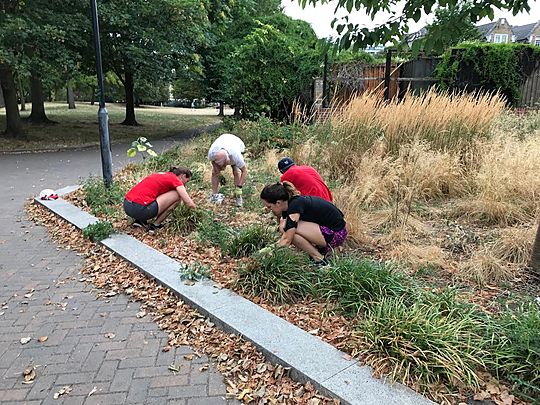 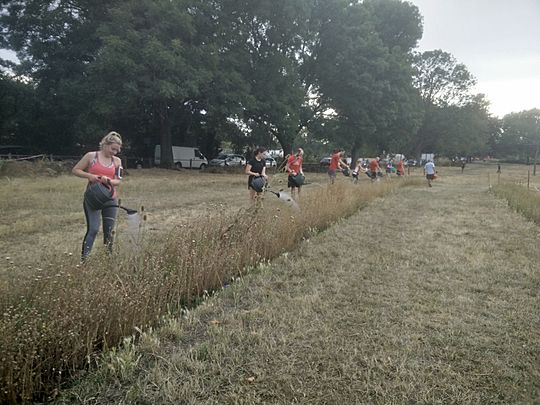 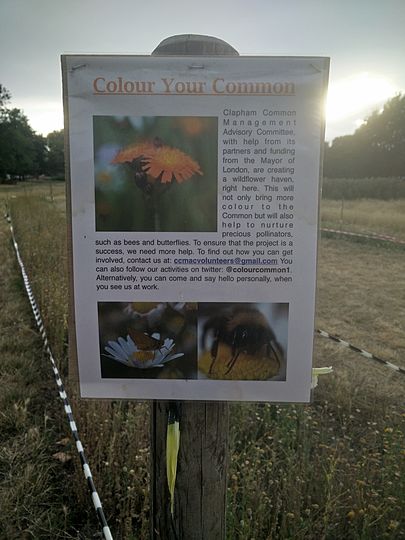 After weeks and weeks of scorchio last night saw the weather break and a bit of rain happened. This was somewhat ironic as one of our tasks was helping our pals on Clapham Common to water the wildflower meadow that we planted in the spring. After a serious amount of back and forth with watering cans, the heavens opened last night and the lovely pitter patter of refreshing H20 could be heard falling from the sky. OH WELL.

Before all that though, we welcomed back Vicki - HI VICKI - who is visiting from Oz for a bit and it was lovely to have her back. We also celebrated the brilliant Emma and Jim, who earned their 50 and 100 t-shirts respectively. WELL DONE GUYS!

After a quick warm up we split into two groups. Jim and Beth led one group about 1.5km to Larkhall park:

11 of us took a leisurely jog over to Larkhall Park to meet Carl. He had a lot of weeds that needed pulling up and was grateful that we would have them out before the rain came and they would be reinvigorated and take over even more. We split into two groups - Team Weed and Team Thistle. There were noticeably different approaches in the two groups, Team Weed went with a ‘bend at the hip, bums in the air’ vibe while Team Thistle crouched down and really got on the same level as their targets. After half an hour or so the area was looking much better and we set off on an even more leisurely jog back to Papa’s.

The rest of us headed to the aforementioned Clapham Common to do some solid watering. The plants were so dry that we certainly did some good and the rain that came later can only help the lovely plants on their way to perennial glory.