Twenty Eight Weeks Later - and not a Zombie in Sight!

16 runners ran to help the Seven Fields parkrun and Lydiard parkrun in Swindon. 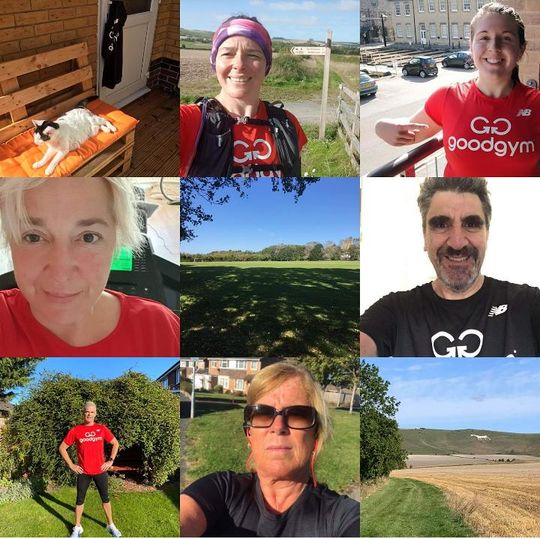 I'm no film buff, but a quick Google tells me that 'Twenty Eight Weeks Later' is a film where six months after the Rage virus turned half of Britain into zombies, the US Army helps secure London for the survivors after a carrier of the virus enters the city and the horror begins once again.

Well, it might be week 28 of virtual parkrun in Swindon, but no Zombies were spotted by Team GoodGym as we paced, tailwalked and marshalled the event. Phew!

So what did happen?

Keeping our spirits up...while we can't be together

®️ed....and black shirts of GoodGym with you all the way ❤️🖤

Uplifting...support and camaraderie in strange times 🤗

And in the all important stats for week 28, the 28th woman was our very own Gaby Newson ❤️🖤

Together over the last 6 months, we've run 21000km - more than half way round the world 💪🌍 But far more important is the support and friendship in our running community - it's no wonder Swindon has been named as the most thoughtful place in the UK!