7 runners ran 4km to help their local community in Huddersfield. 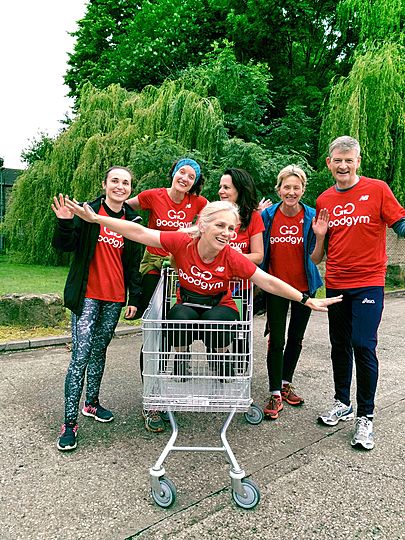 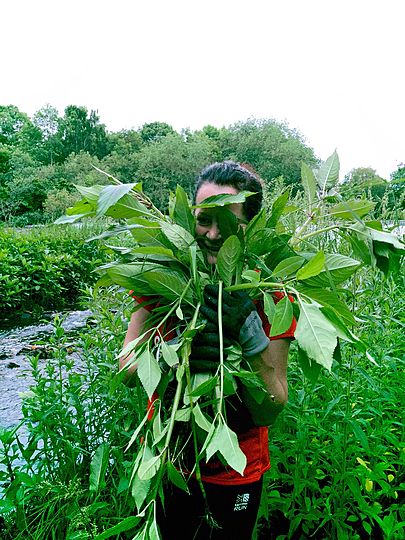 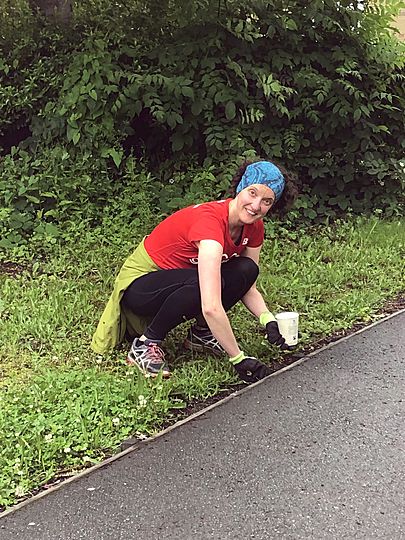 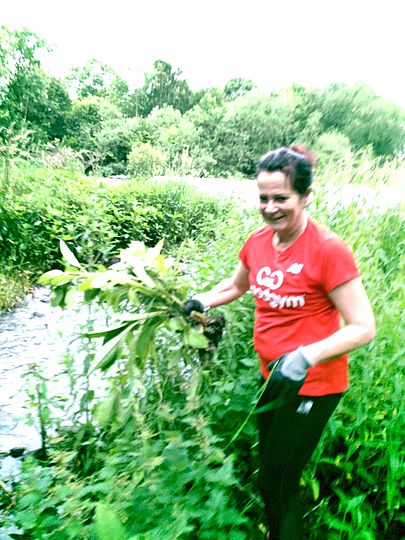 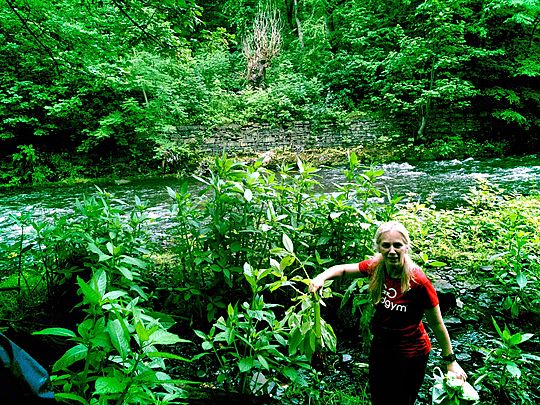 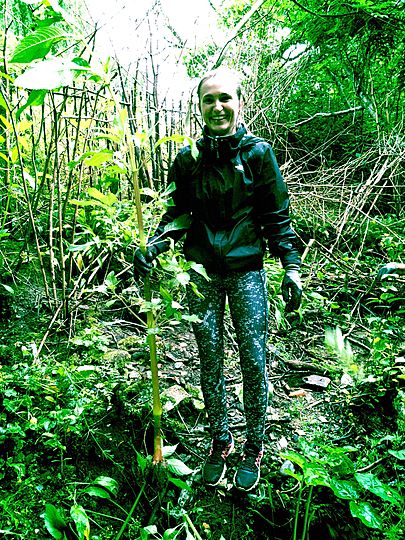 A lack of leaflets meant that our planned activity had to be postponed, but quick thinking Louise Galvin came up with a more than suitable alternative. Instead of running and posting leaflets through doors GoodGym Huddersfield spent yesterday evening running, litter picking, bashing Himalayan Balsam and messing around in supermarket trolleys.

Seven GoodGymmers warmed up with a game of Colour Run and then set off along the riverside way picking litter as we went. As well as litter we had soon collected a dumped supermarket trolley which we returned to Asda as we ran by, (following the obligatory photo with GoodGym resident stuntwoman Louise in it of course).

There is a little community garden in Aspley which seems to act as a magnet for litter, so we set to picking up the usual beer cans and crisp packets, soon accumulating rubbish enough from the small area to fill three black bags. After another clean up of a children’s play area it was down onto the bank of the River Colne to collect more litter and more interestingly bash some of the Himalayan Balsam plant which was threatening to take over the riverbank there.

This invasive plant is not indigenous to the UK and crowds out traditional riverside plants, very swiftly covering large areas. Following a quick lesson as to what to look for from Louise (also our resident Himalayan Balsam expert) we were off for 45 minutes of very enjoyable Balsam bashing. It wasn’t hard to spot the Balsam, it was everywhere! Apparently it grows really quickly in warm, damp, typically British summer conditions, and some specimens were already over 5 feet tall. Despite the large size it is very shallow rooted, making removal easy and very satisfying.

Soon Kati Law, Helen Rutherford, Heather Wilshaw-Jones, Mark Donnelley, Wendy Redmile, Louise and myself were scouring the riverbank and tugging up the offending flora. Balsam bashing was surprisingly relaxing, and even described as therapeutic by one GoodGymmer. It could well become a favourite GoodGym activity!

However all good things must come to an end, and it was soon time to head back to the Stadium, this time in the rain. However not before I had recovered another trolley (Tesco this time) and dragged it up Kilner Bank before running back to the Stadium with it. Running off road with a trolley makes for a pretty good workout!

Thanks to all the Huddersfield GoodGymmers who took part in last night’s impromptu task, sometimes the unplanned ones are the best ones! I’m sure we’ll have some more leaflets to deliver in the coming weeks.