8 GoodGymers made their way 5.0km to help the Friends of Burgess Park in Southwark. 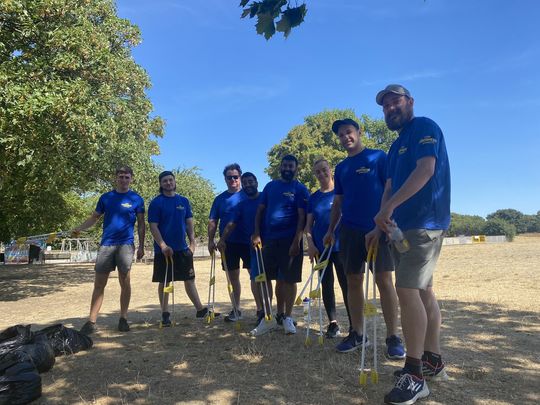 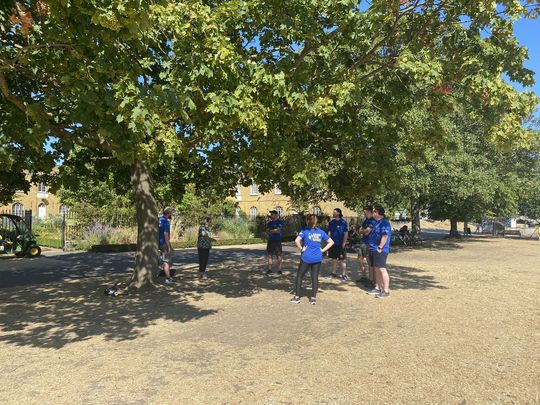 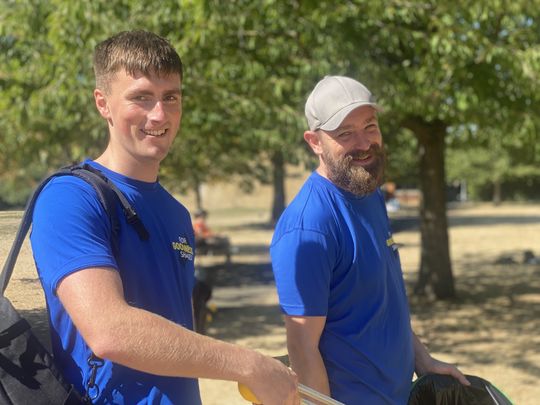 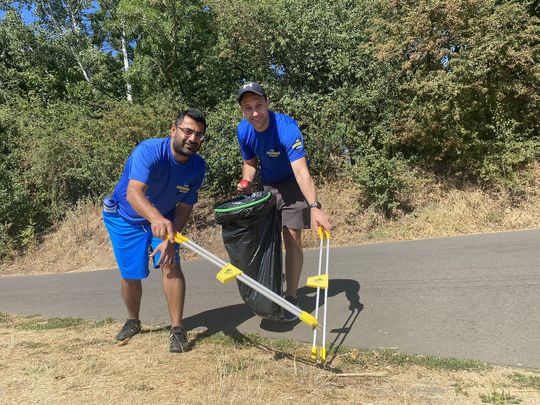 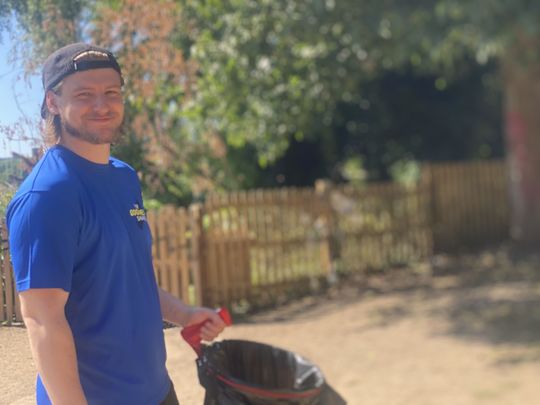 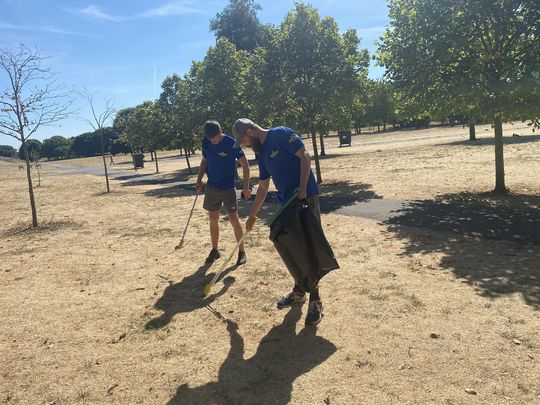 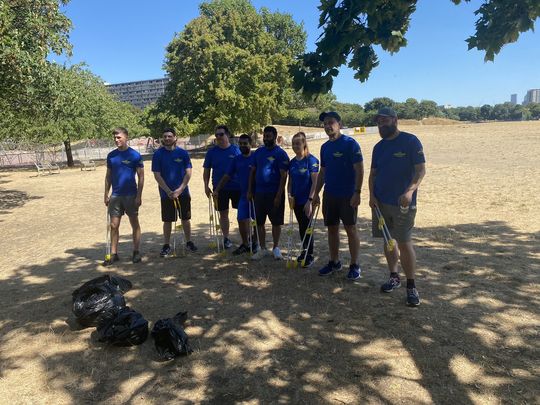 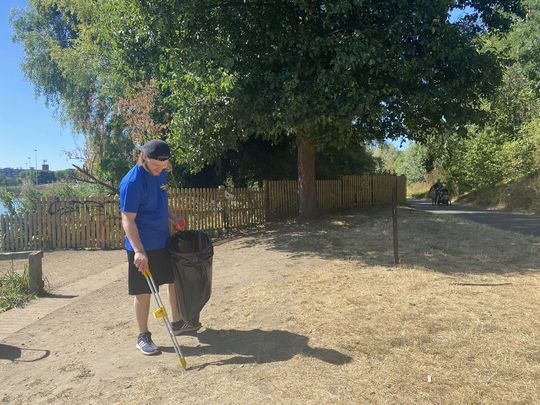 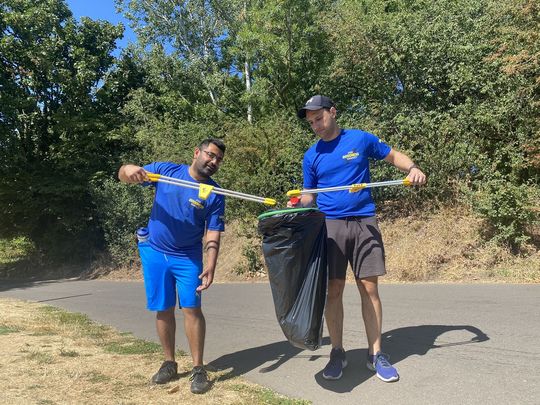 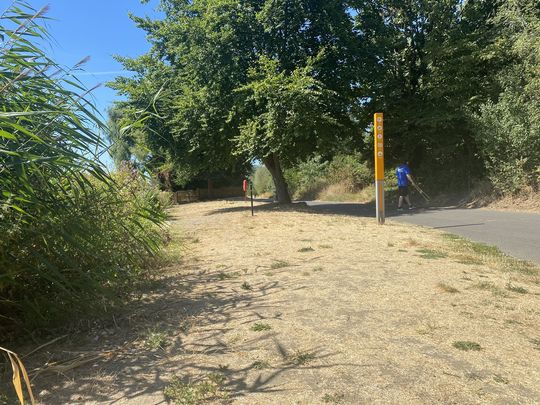 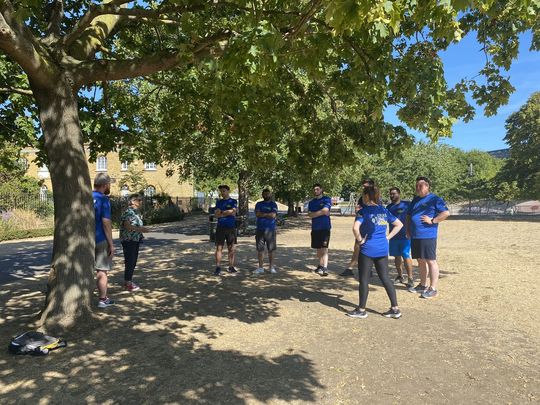 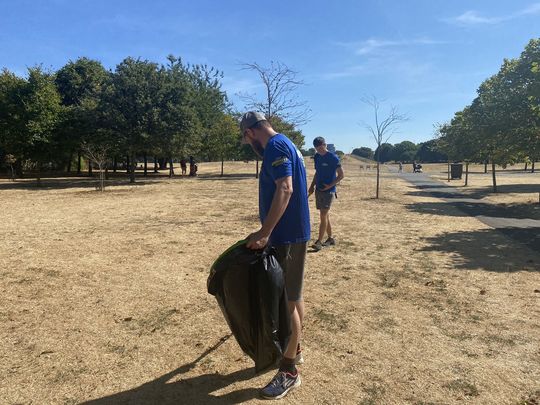 We gathered outside FGS HQ at 10am for a pre-task briefing. The sun was shining, the sky was blue, spirits were high…

We set off through Bermondsey and Southwark’s sunny streets at a leisurely pace, which became more leisurely as the 2.4km walk went on (it was a bit hot to run) as I grappled with Google’s chosen route. Thankfully Matt stepped in and after negotiating the busy Bricklayers Arms, we found quieter, greener streets, closer to our location of Burgess Park.

What were we doing today?

We were off to meet to Frankie of Friends of Burgess Park for a litter-pick.

The Friends of Burgess Park are a group whose aim is to help protect, promote and enhance this gorgeous inner city park. As regular users of the park they observe park management and maintenance; support events, and encourage new visitors.

Why were we doing this?

The parks’ team do a fantastic job of tending to the gardens, and the whole of the park’s green space.

Despite the team undertaking daily litter-picks of high volumes of rubbish, there are nonetheless bits that get left behind, including small items of plastic, latex (party balloons), and beer bottle tops, particularly at this time of year. While these don’t pose such an issue as the larger items, they can nonetheless prove problematic if they’re sharp, as well as being less than ideal material for birds building nests.

The Friends of Burgess Park coordinate weekly litter-picks to help tackle hotspots and were incredibly welcoming and enthusiastic when it came to facilitating a litter-pick for the team today.

Fun in the sun

We met up with Frankie who wasted no time in handing us the best litter-picking hoops (complete with handles); tent pegs for prising bottle tops out of solid ground, and brand new gloves.

We set off in two teams: one to the lake and the woodland area, and another towards the library and the long grass.

Before long, bags were jingling with the sound of hundreds of bottle tops. We passed a leisurely hour filling bag after bag, clocking step after step, and even managing to get a few pics in.

Before we knew it, it was time to meet back at Chumleigh Gardens, empty all our bags into one (no waste for us) and say cheerio to Frankie.

After the briefest of refreshment stops at the lovely little café, we headed back to base, John on navigation, for a well-earned lunch.