The Tracks Of My Tiers

6 runners ran 5.0km on a training session in Tower Hamlets. 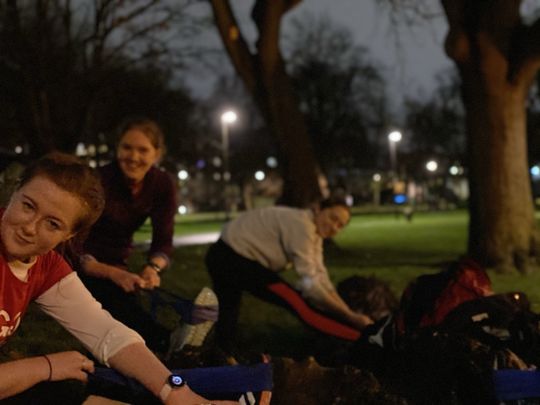 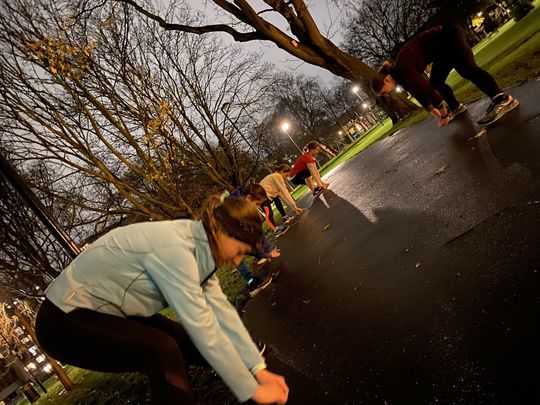 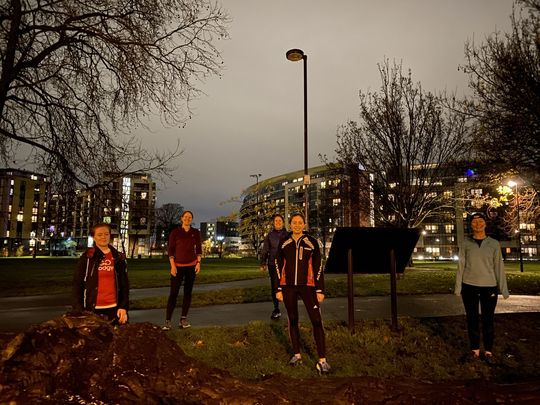 I thought I'd be on my own!

6 would normally be considered a small crew here in TH but on this sopping, dark, Monday night, it seemed like a vast squad. One by one runners arrived exclaming, "I thought I'd be the only one here!" Ta-dah. Apparently not.

And so the team got struck straight in: I was on playlist and content while the rest of the team were on Hard Work. Lap after lap, drill after drill, balance exercise after balance exercise they endured, only pausing to express delight at the rain stopping.

Resilient isn't the word. Right from the off the team adopted a can-do attitude: "I mean, once you're wet, you're wet, right?" said Jess, as we were warming up.

And miraculously no belongings got wet as we found a dry spot underneath the fallen tree. Who knew a giant mushroom could provide such a base for a wireless speaker.

Our hour together whizzed by and before we knew it, we were saying our cheerios, planning what activity to sign up to next, and wishing one another a safe and Merry Christmas.

It's still official: you rock

Thank you everyone: you are so good for the spirits. Until next time.