The Kings, Queens, Jacks and Jokers of Windsor & Maidenhead

10 runners ran on a training session in Windsor and Maidenhead. 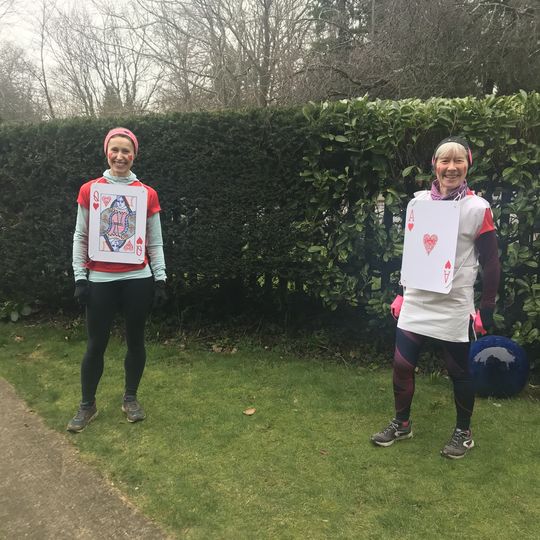 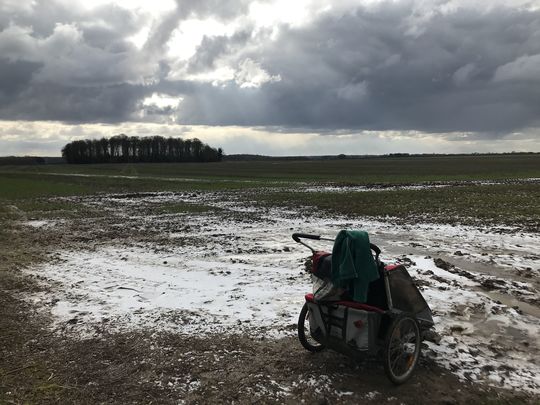 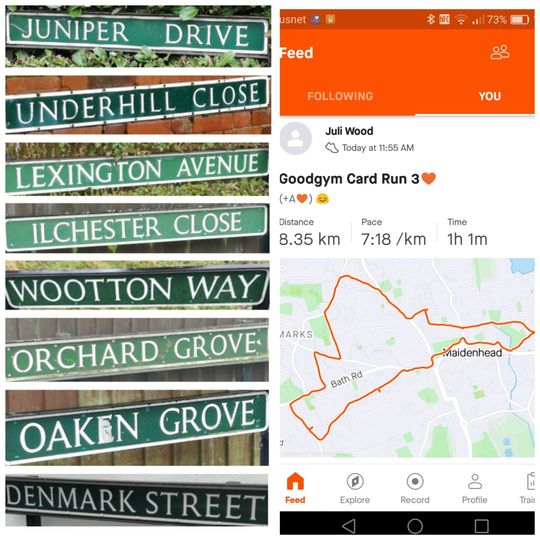 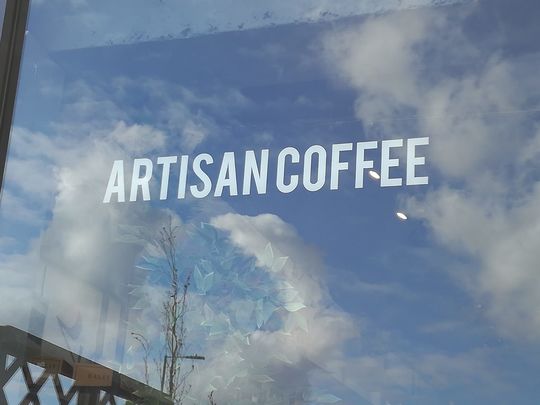 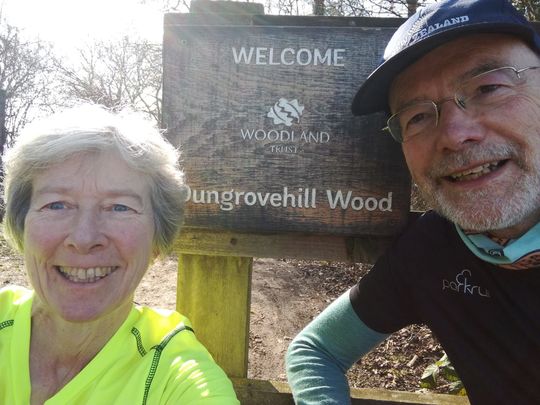 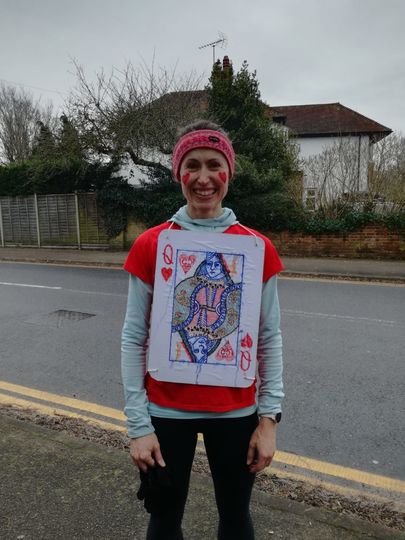 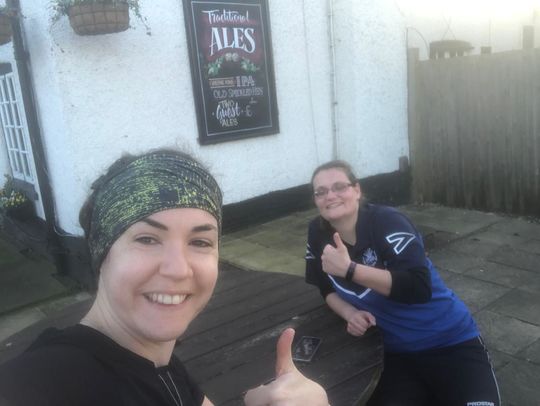 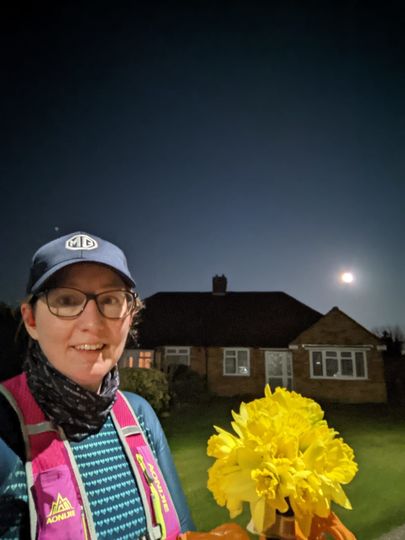 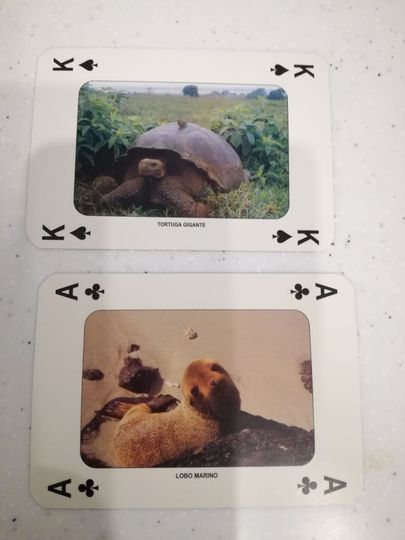 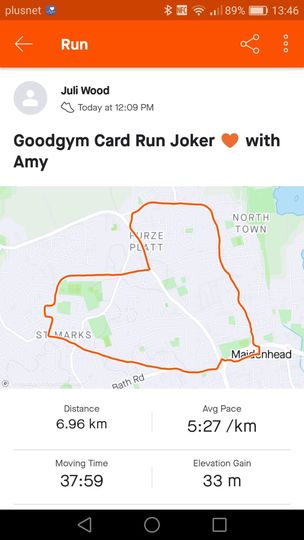 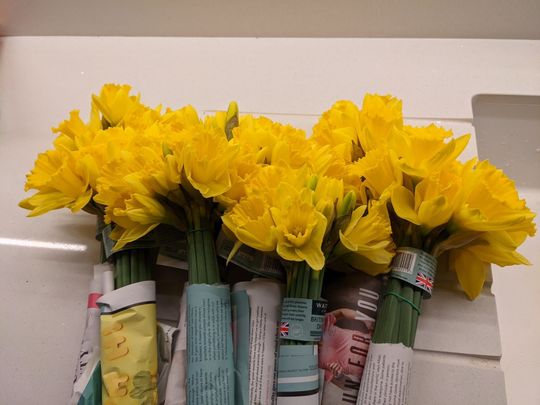 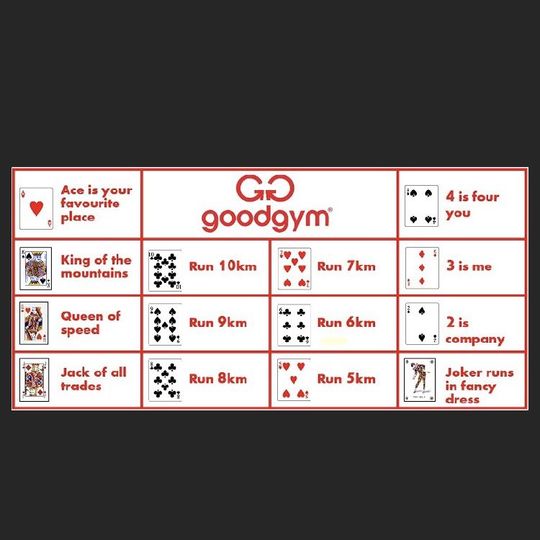 Locked down during the coldest UK Winter in 25 years, a card game seemed like a pretty good way to pass the time, so that's what we did....but we did it in GoodGym style of course! So instead of donning our slippers and playing in front of the fire, we donned an extra base layer and woolly hat and and played on the pavements and trails of our lovely borough.

Players dealt eachother cards via WhatsApp and the card determined what training session the player needed to do next. It was all in the luck of the draw! Well done to everyone who took part, and special mention to Lara for dealing even though she wasn't playing.

Had this been a high stakes game, Juli would now be a very rich lady. She ran 14 different cards including lots of Aces (to her favourite coffee places), multiple Kings (of the mountains = hills sessions), a Jack (of all trades = cross-training), multiple runs of between 5km and 10km (some of which were also GoodGym (not)Parkruns where she happens to be the age grade Queen - whoop whoop!!), a 3 ("is me", where she spelled her name with road names) and a 2 (is running with company). She also finished the month on a fabulous 10 (10km), which somehow turned into a 13+km with her partner Nick, because the sun was finally out and the woods are beautiful and why not!?

Oh and Juli ran a joker too! Joker means running in fancy dress. Luckily Amy was also dealt a joker around the same time, so they did the sensible thing and dressed up as the Queen and Ace of hearts and ran a route in the shape of a heart on Valentine's Day. Again, why ever not!? They raised lots of smiles on the way round, although the rain did make the costumes look a bit sad by the end.

Other note-worthy runs included: Claire's awesome 24km walk of Maidenhead Boundary, which could have counted for multiple cards; and Jess and Sophie's fitness session where they showed great solidarity by both doing sprints for Sophie's Queen (of speed = intervals) AND a HIIT work-out for Jess's Jack (of all trades) - epic stuff!

And Tara did her final run today, an Ace (to her favourite place), which also included dropping off bunches of daffodils on friends' doorsteps. Such a lovely thing to do, and all under a stunning moon!