Running For Fun on Route 51

9 runners ran 8.0km to help the SUSTRANS in Ipswich. 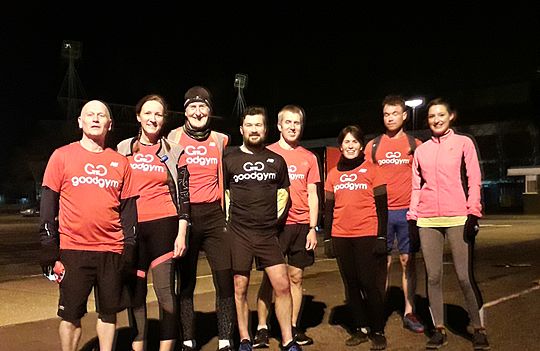 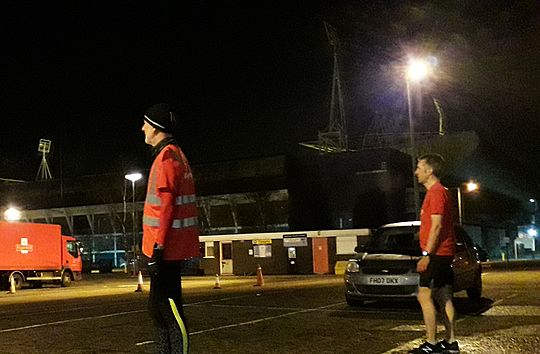 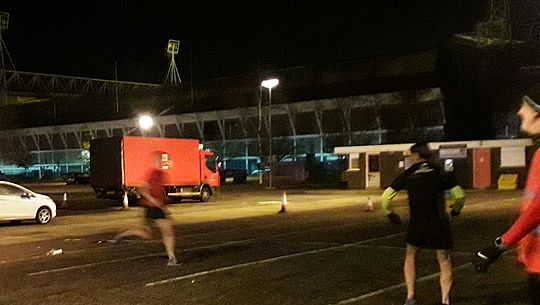 A big welcome to Laura who came along for her first Goodgym Group Run.

Our task this evening on behalf of Sustrans was to run along a section of Route 51 of the National Cycle Network (Cambridge - Felixstowe) - which runs through Ipswich along the Waterfront, through the town centre and out along the River Gipping heading towards Claydon, checking the NCN signage was clear, clean and visible as well as the route being clear of obstruction.

Due to darkness I made a call that we would follow the route to the river path where it would be too dark to run safely - we'll return to this section later in the year to cut back any overgrowing vegetation to keep the path clear.

Heading out we just followed the NCN blue and white signs for route 51, all of which were in good condition and the route was easy to follow. some of the signage (a mix of fixed metal signs and stickers on lamposts etc.) looked as quite new. We had been supplied with graffiti removal wipes by Maria, the volunteer co-ordinator for Sustrans, to clean any signs if needed but didn't break into the packs at all.

After around 2.5 miles we were on a very smooth path alongside the river with some street lights, these became less as the path progressed and we turned to head back. Taking a roundabout route , we stopped off in the shadow of Portman Road, taking advantage of a floodlit car park for a series of short, sharp intervals before a gentle run back to base.

A little bit of a different run, in that we didn't have a destination as such, but quite nice to follow a signposted route for part of the run, and the signage was very clear and in good condition so there wasn't any "work" to do other than reporting back to Sustrans.

Next week we make a return to Brickmakers (Arms) Wood! - find all the details and sign up here