Over the hills and far away, GoodGym Sheffield ran 10k!

9 runners ran in a race in Sheffield. 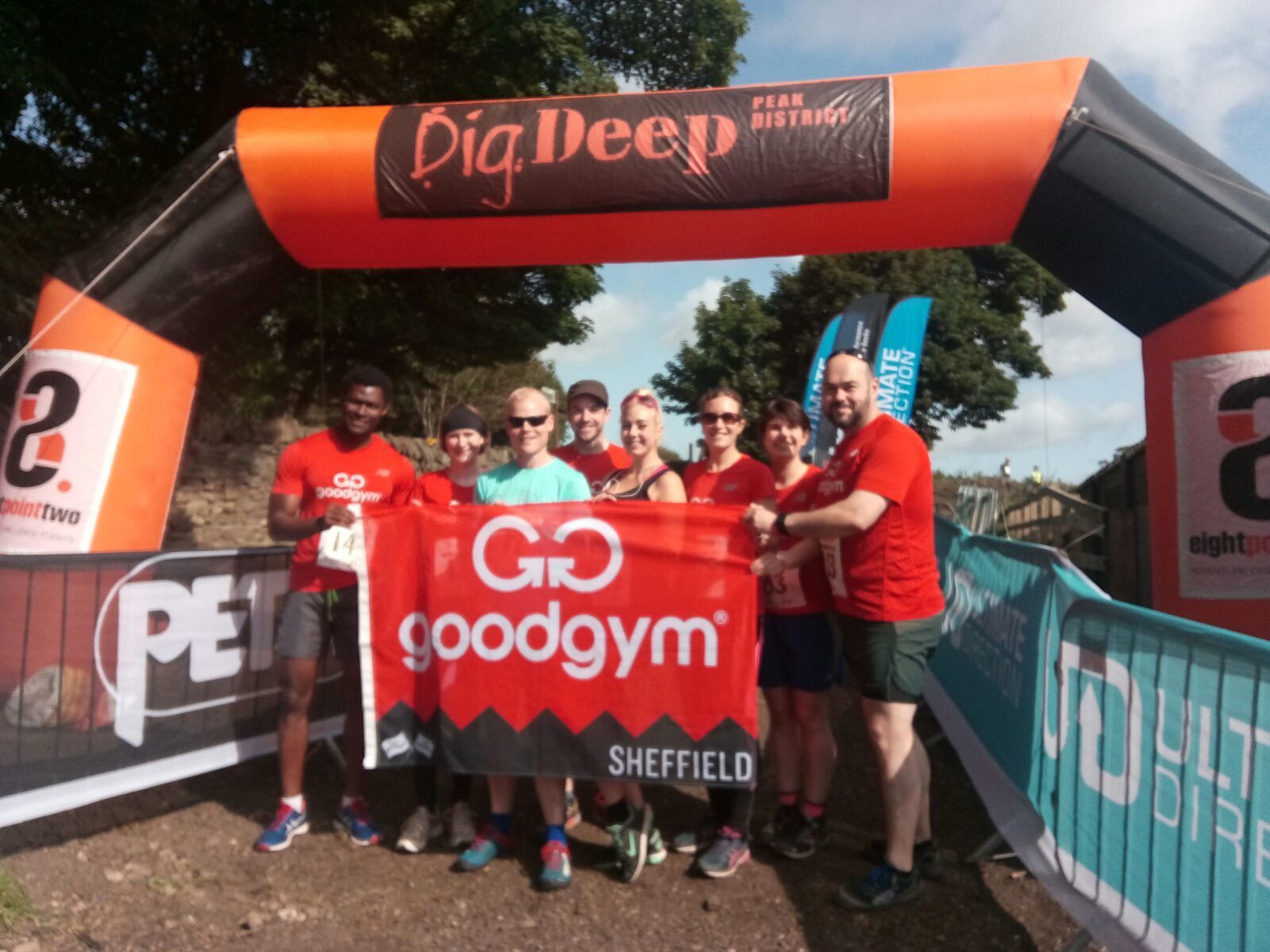 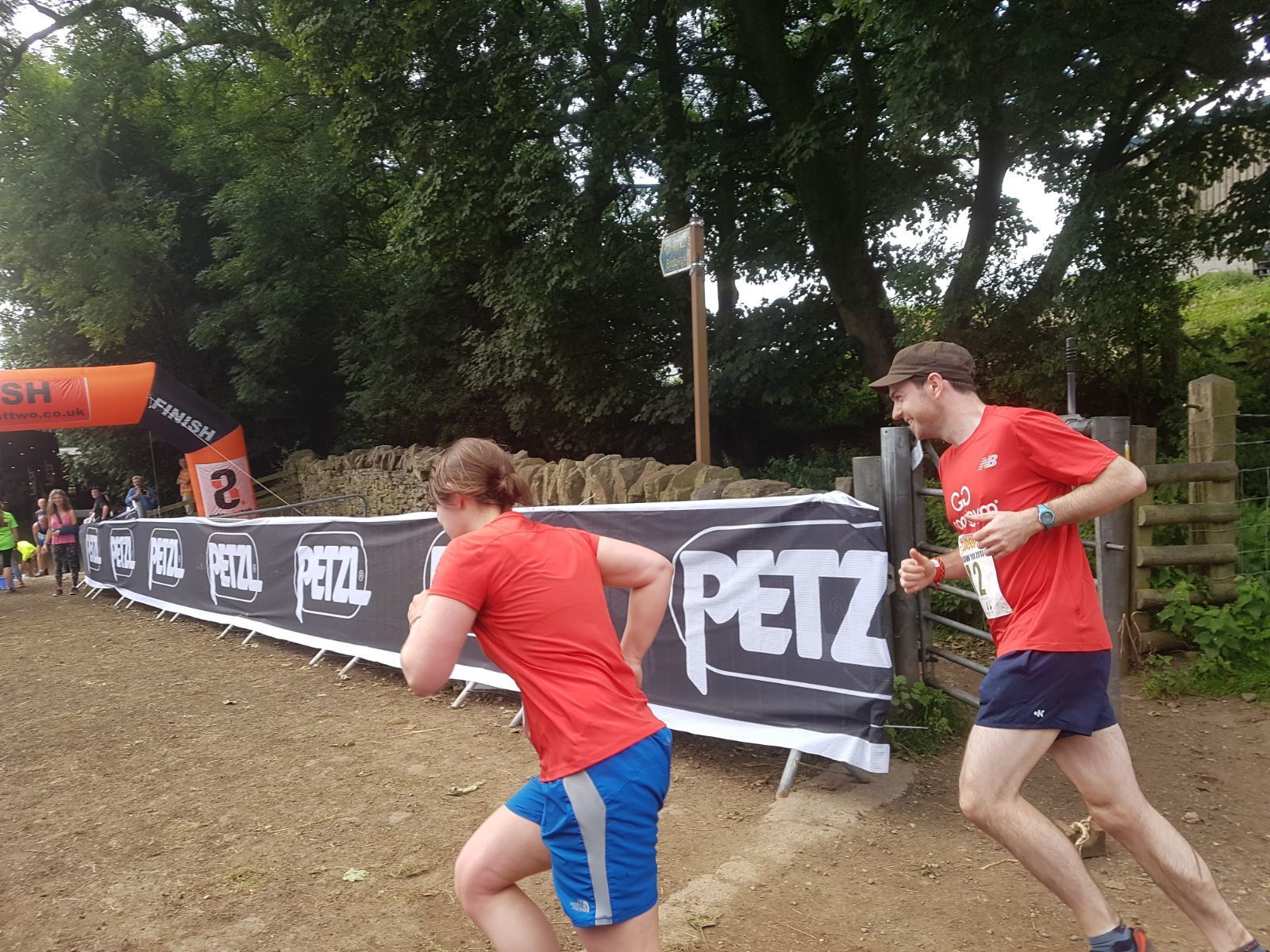 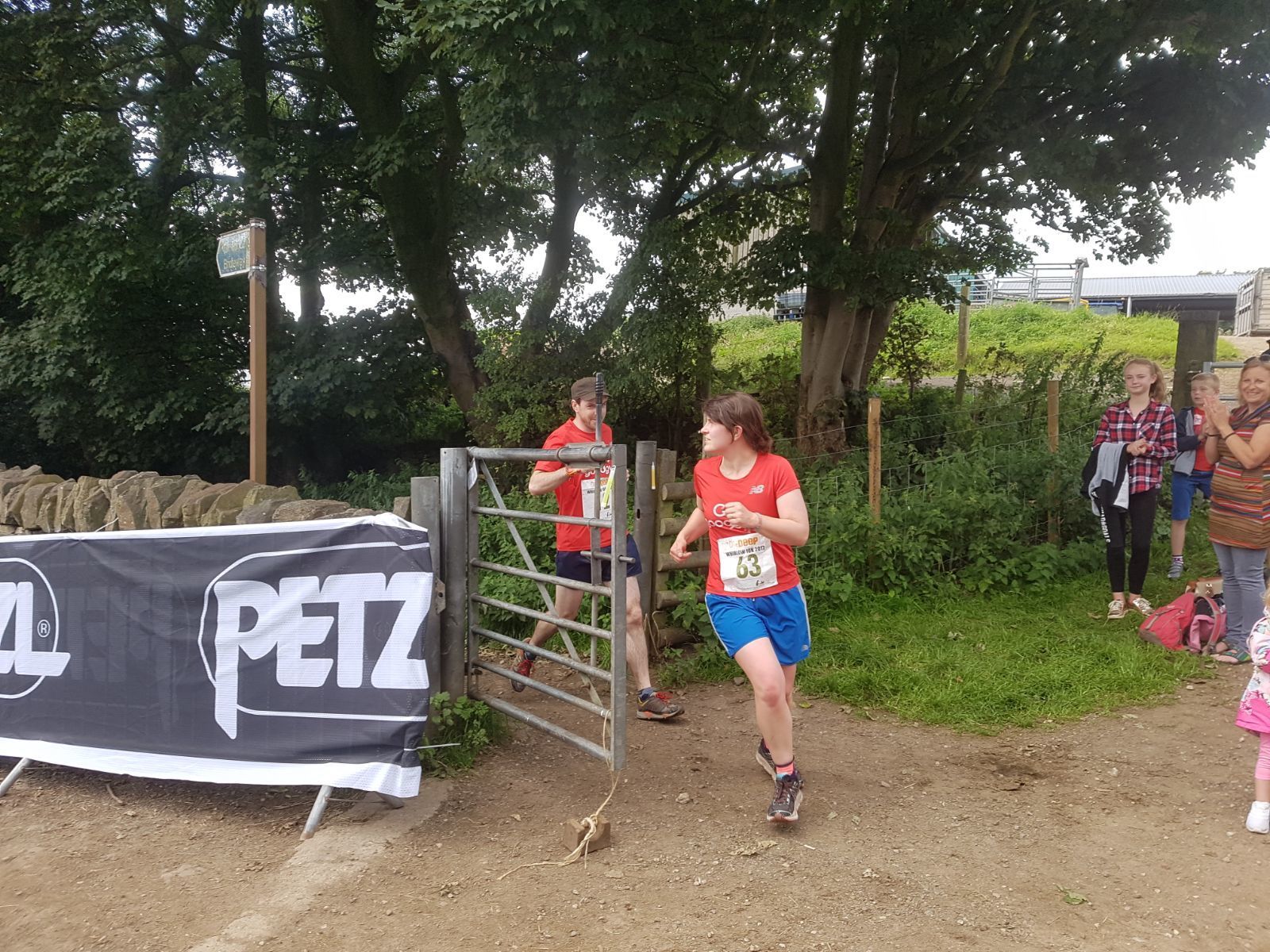 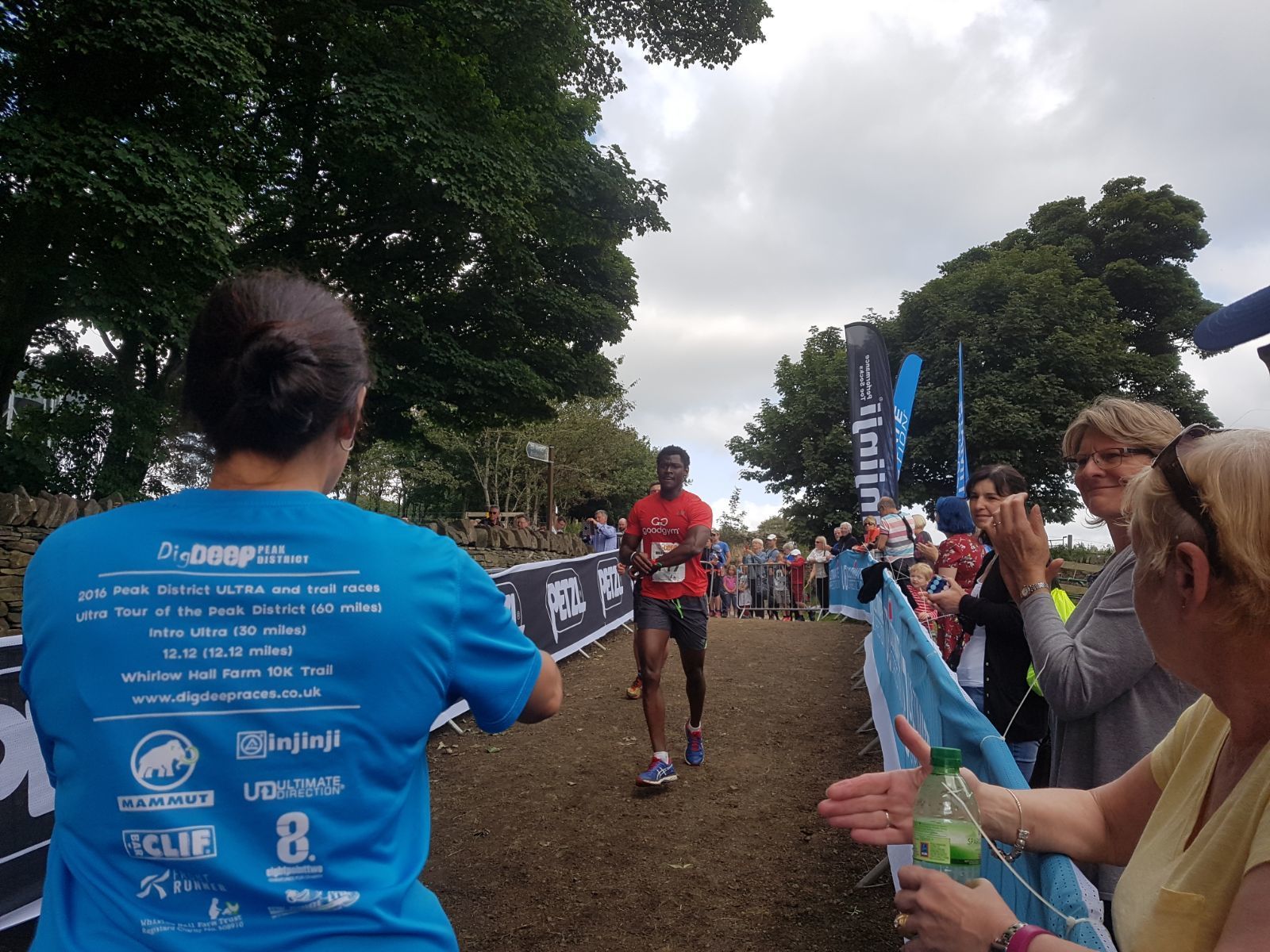 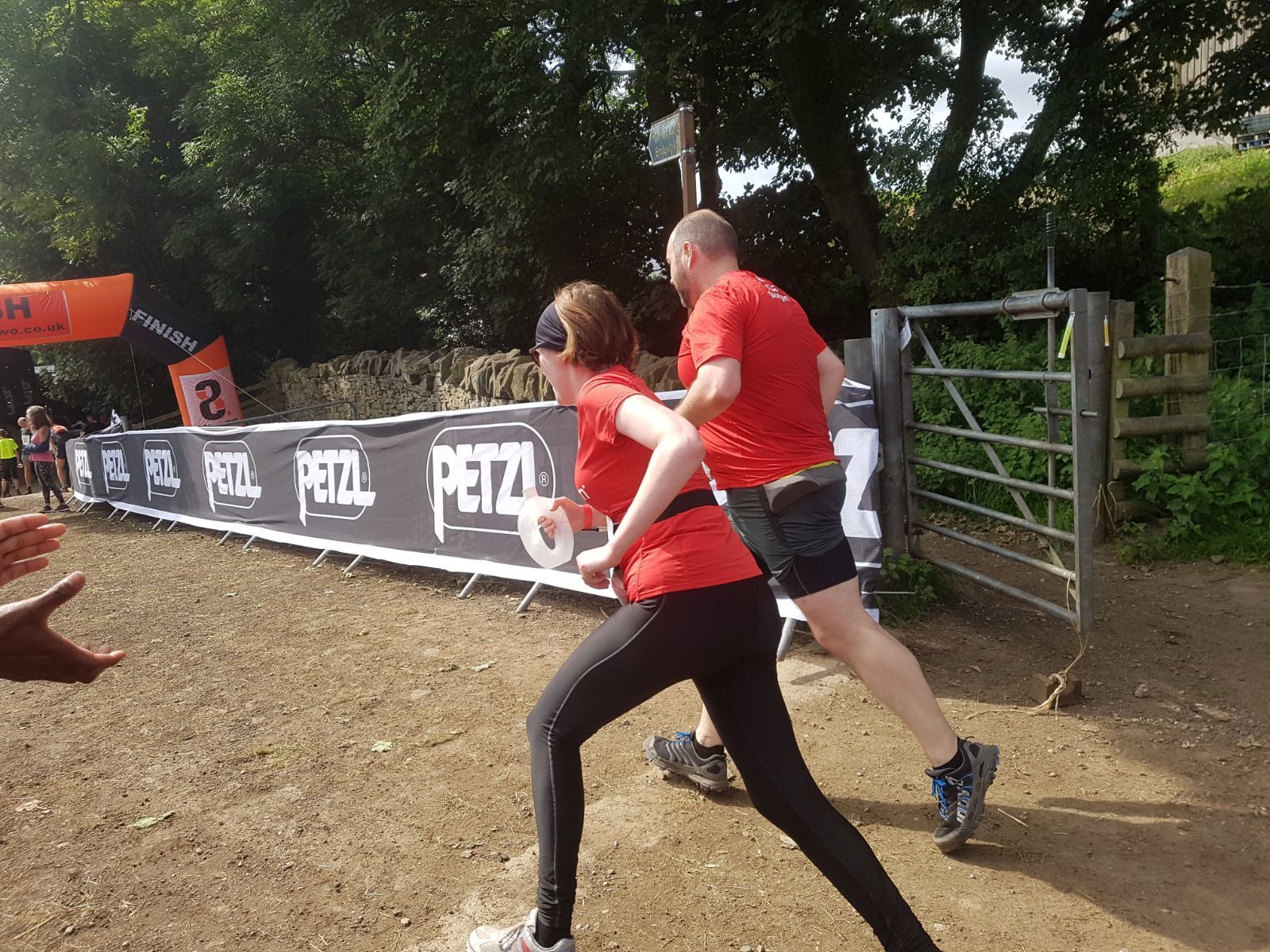 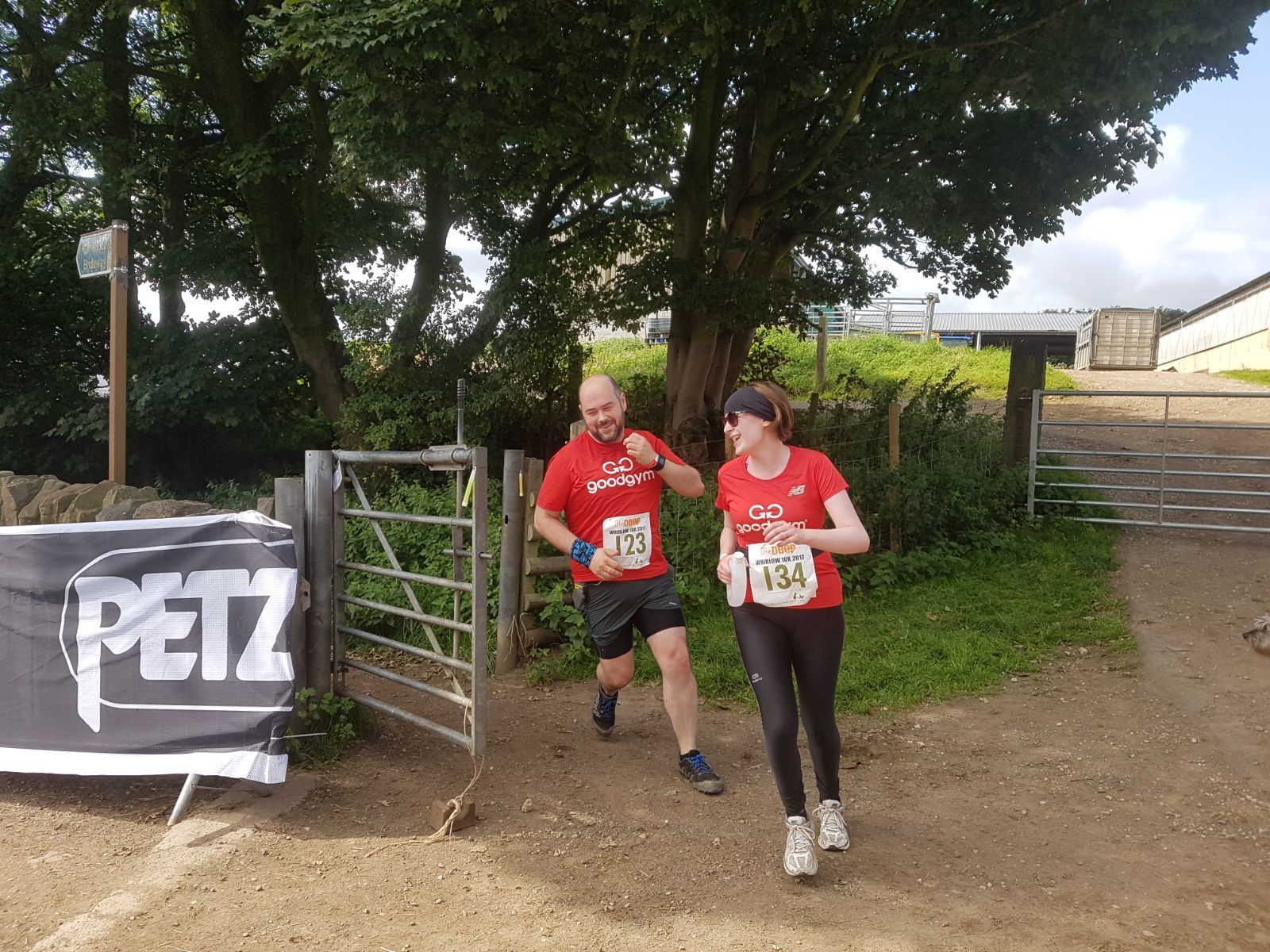 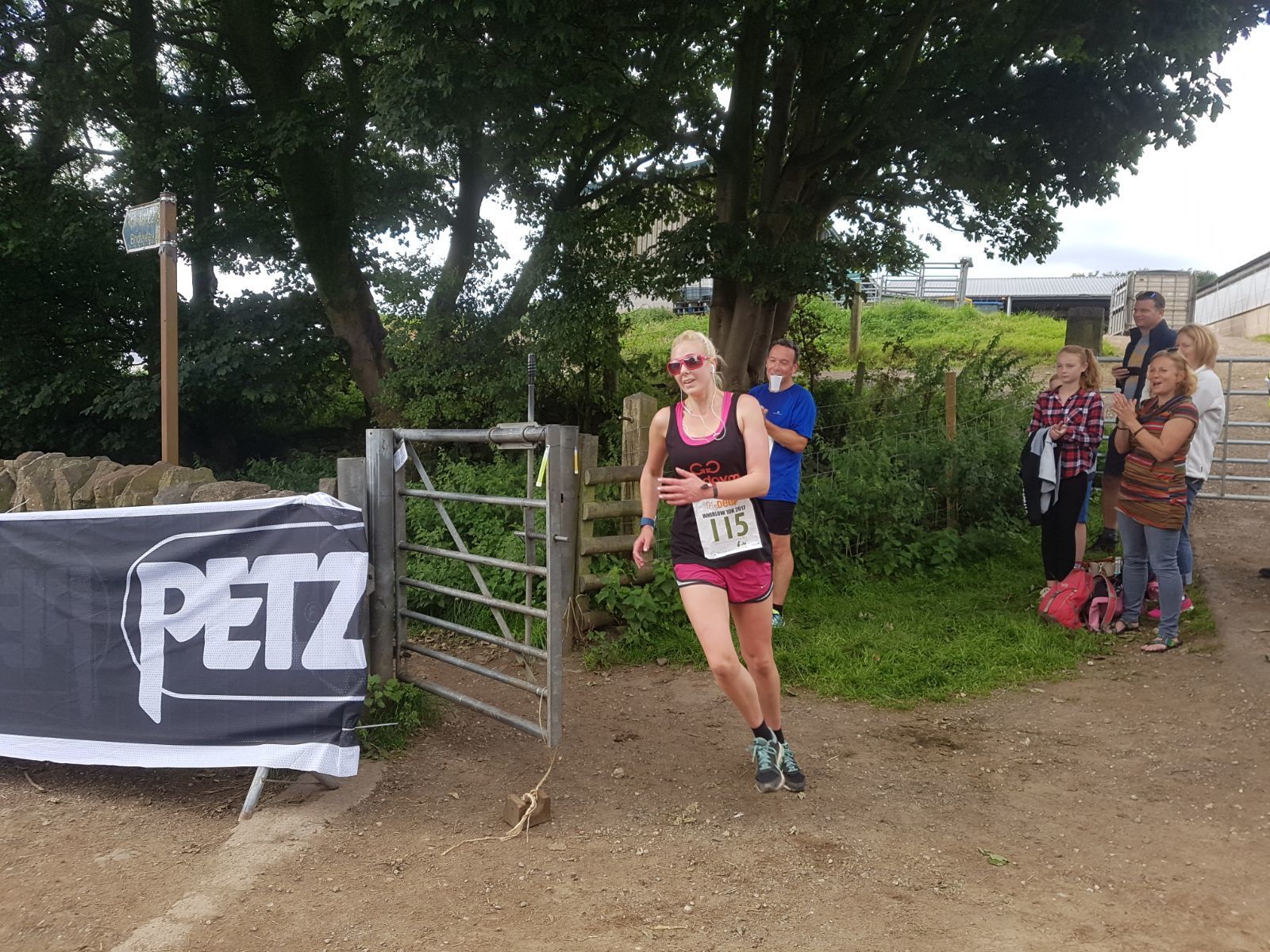 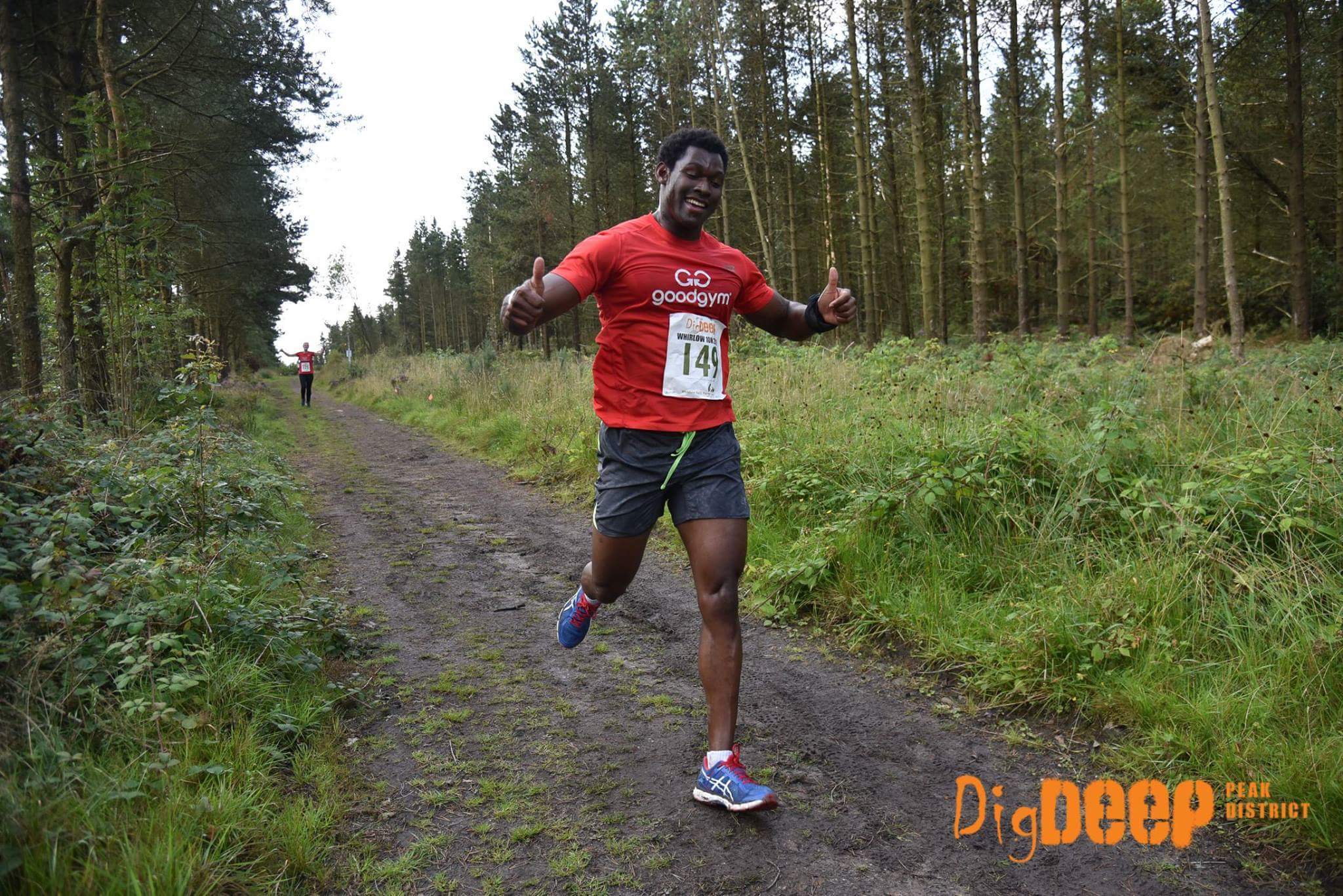 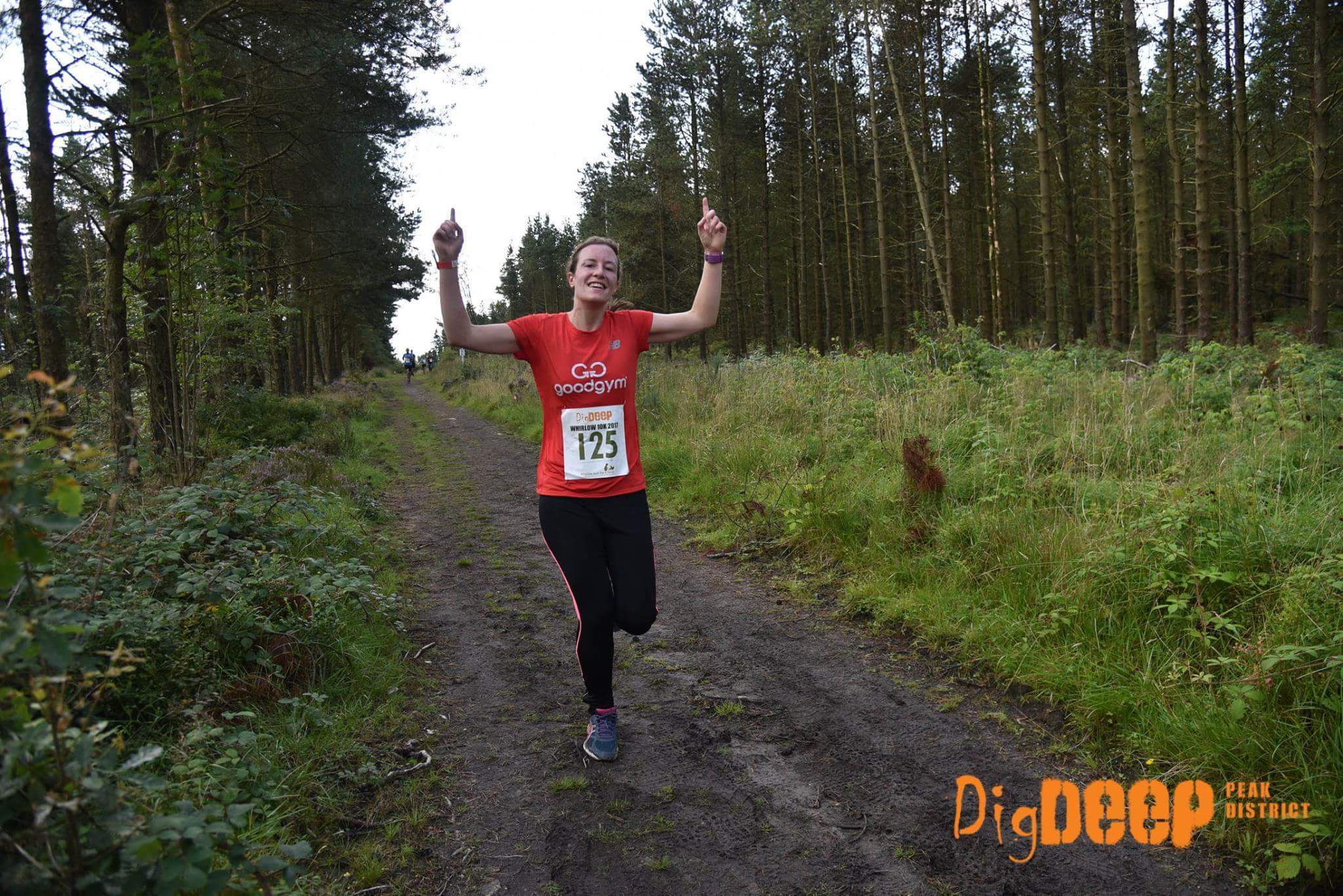 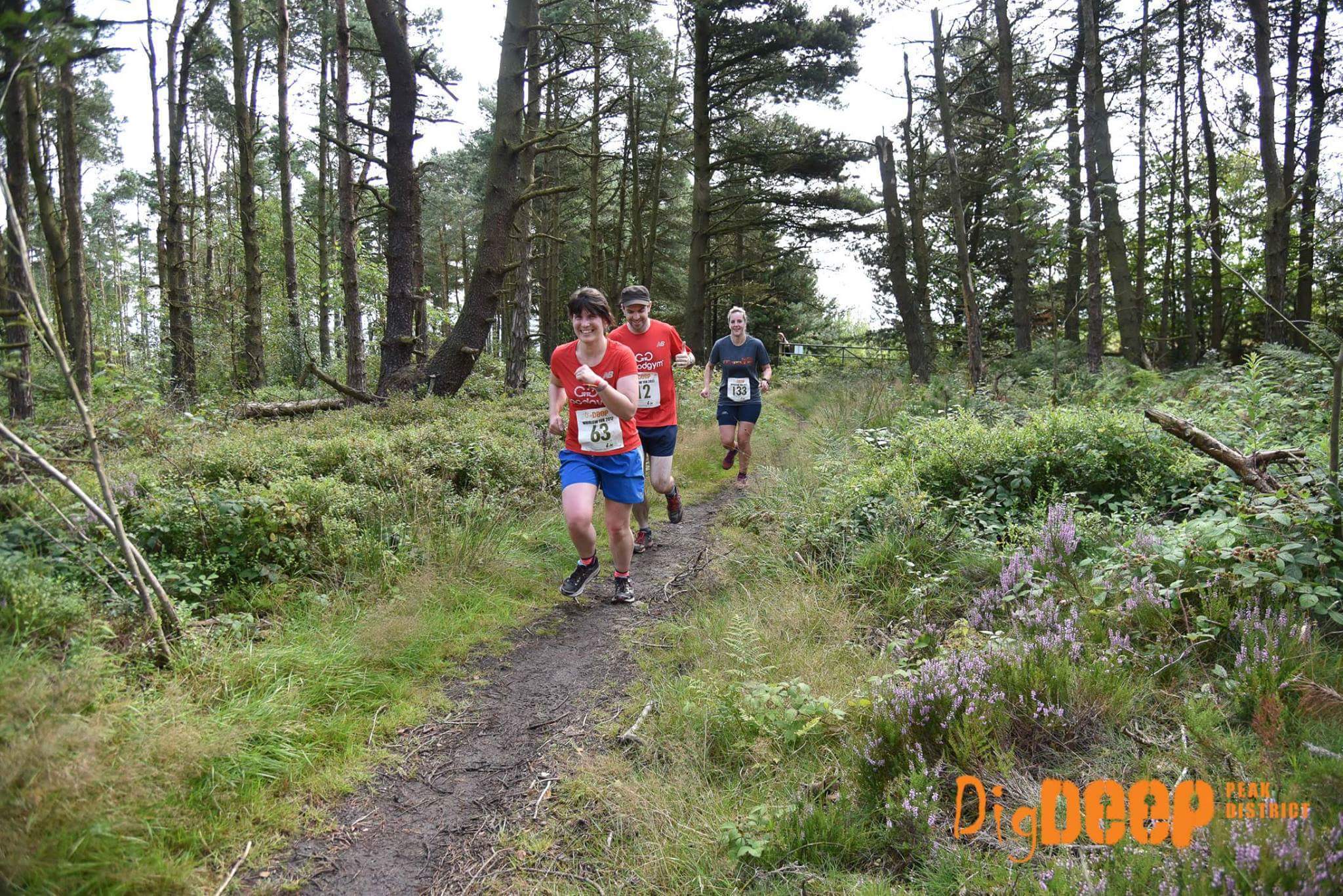 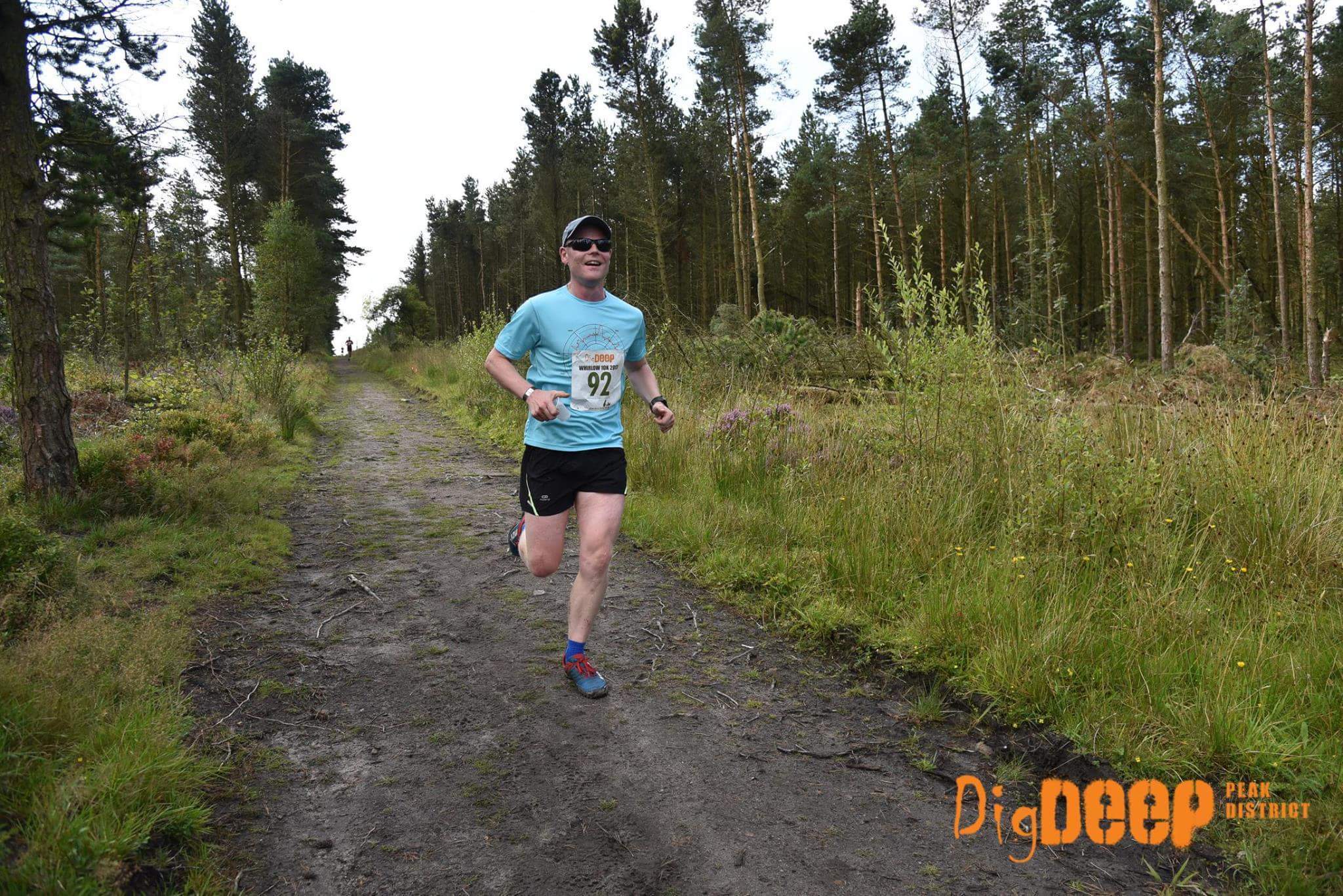 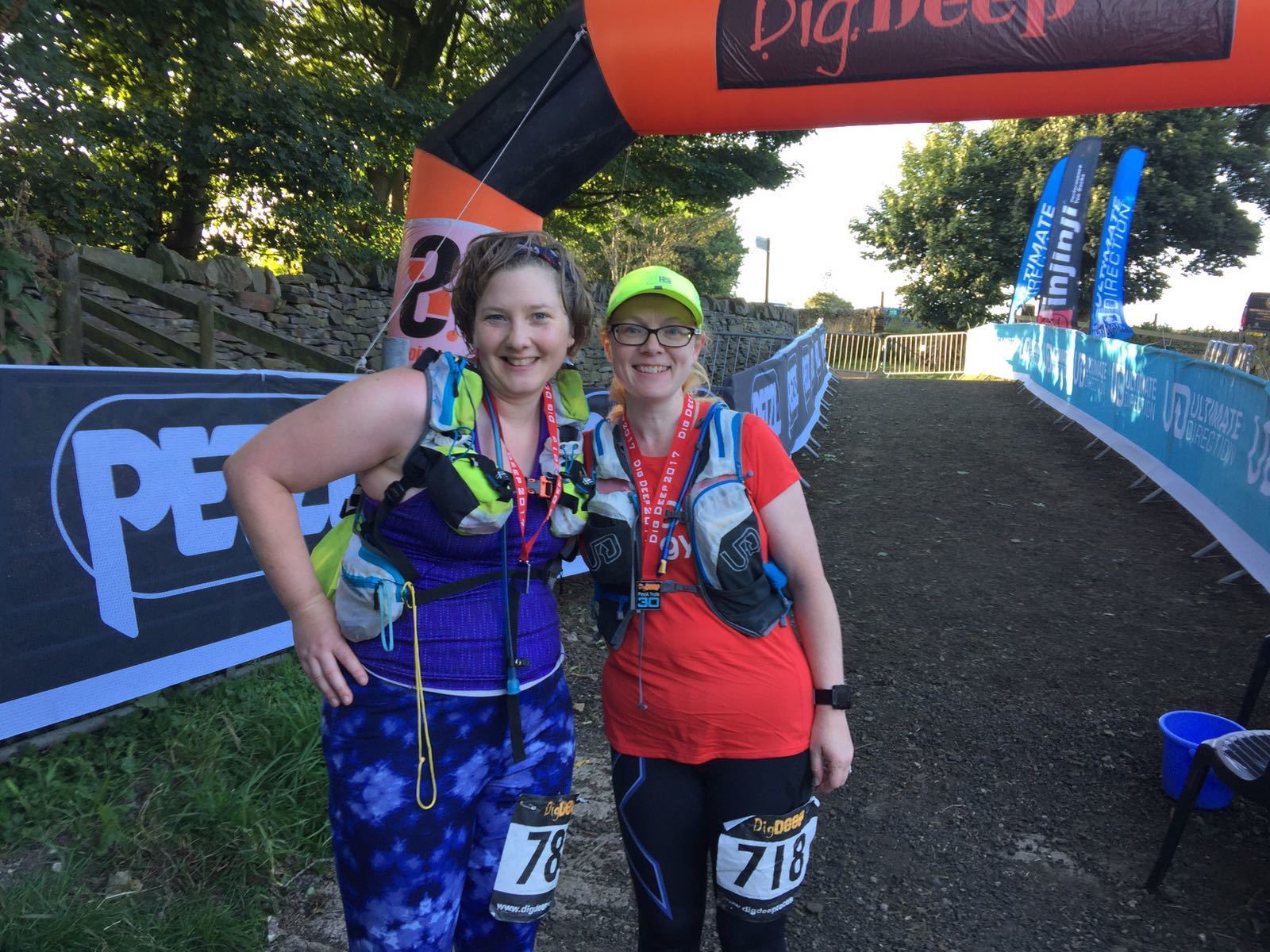 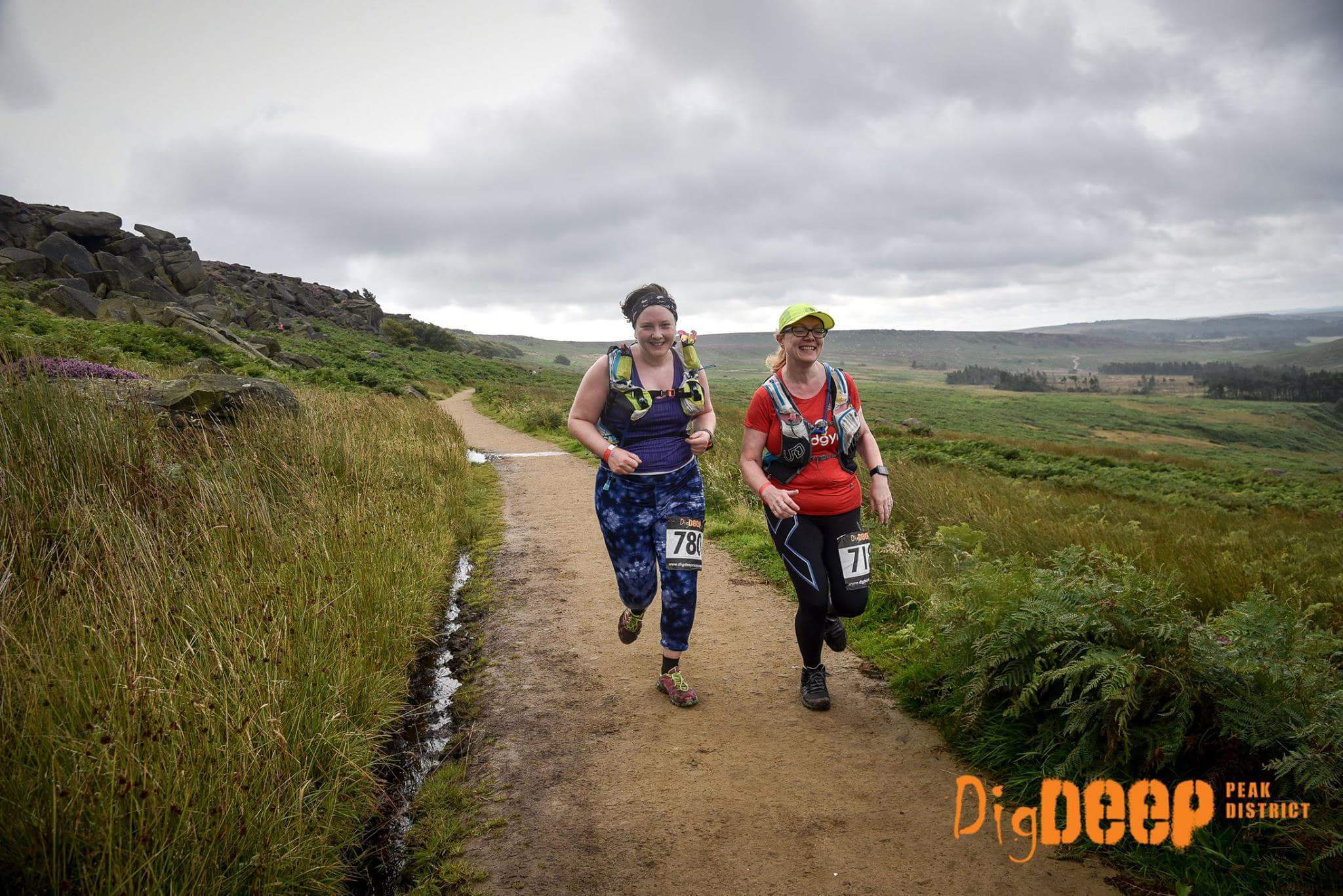 The rest of us turned up on Sunday, a perfect sunny morning for the inaugural outing of the GoodGym Sheffield flag (thanks Sam!) Despite signing up for the "easy option" of "6 country miles", it turned out to be a bit hillier and muddier than we anticipated! After an initial slog out of the farm and up Ringinglow Road, we turned across a series of fields and styles before dropping down some steep and slippery steps into the woods. This was quite a struggle for those without trail shoes (everyone except Mike), and a few runners were hitting the deck. But after sliding safely to the bottom we started our ascent of the beautiful Limb Valley, which climbed steadily upwards, and upwards, and up a bit further....prompting Bash to make some excuses about a heavy leg session the day before. On the plus side, the slow pace meant people had time to read our T shirts, and several of us managed some mid race recruitment discussions with fellow runners. Eventually we hit a much needed water station, before a final ascent through the mountain bike trails of Lady Cannings Plantation brought us out into a sea of glorious purple heather on Houndkirk Moor. At this point the course looped back on itself, which allowed for lots of GoodGym high fiving as we passed each other. From then on it was mostly fast downhill until a final climb back to the farm.

*Magic Mike* sped home in 7th place and took up position as GG photographer to catch the rest of us crossing the line - nice one Mike! *Surprised Suze * somehow finished as 2nd female, while *Battling Bash* made it round in good time despite his heavy legs, and *Sparkly Sarah* bounced over the line looking like she hadn't just run the same race as the rest of us. *Katabolic Kat* cheekily pipped *Admirable Ash* on the line, while *Saintly Steven* and *Valiant Victoria* crossed in unison.

Since we'd all managed to finish well before midday it was deemed too early to hit the bar, so we celebrated with a round of well earned burgers from the Farm Shop BBQ.

Look out for people sporting their race T shirts at future group runs - and remember to give Caroline 5 times as much kudos for hers!!

Great write up Susan :) thanks everyone for a great day 😊

Cheers Matt, inspired by yourBristol one!

Great write up, and lovely race 😀