Oh, Just Luke at Us

14 GoodGymers made their way 3.1km to help their local community in Greenwich. 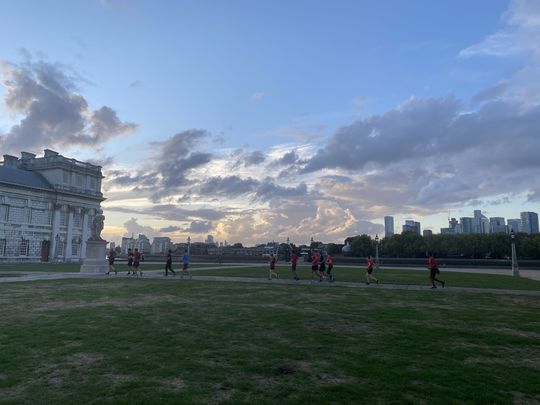 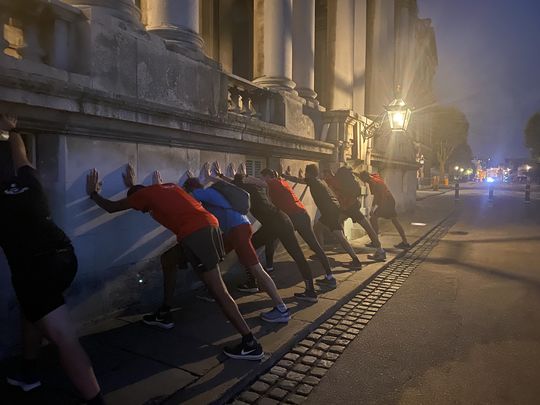 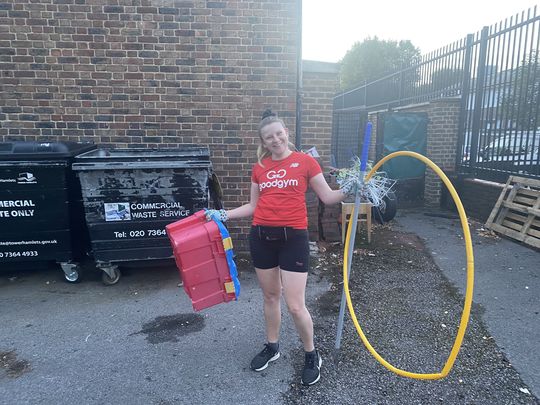 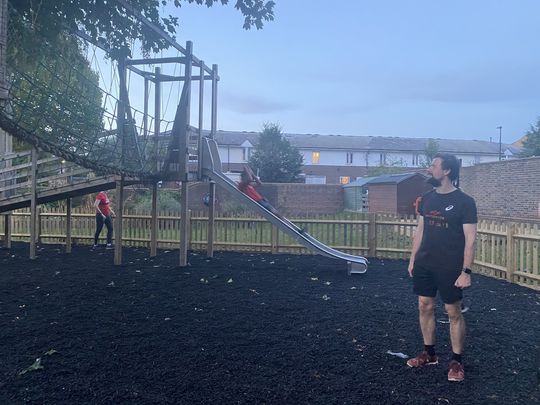 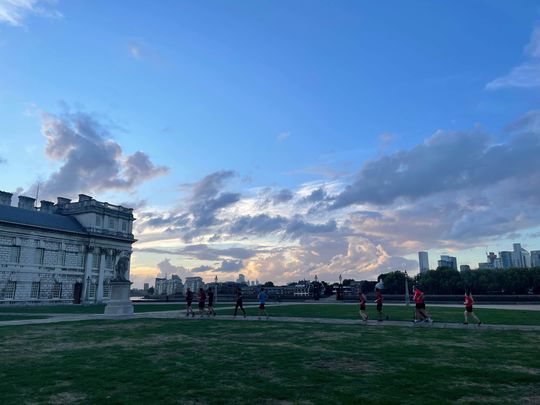 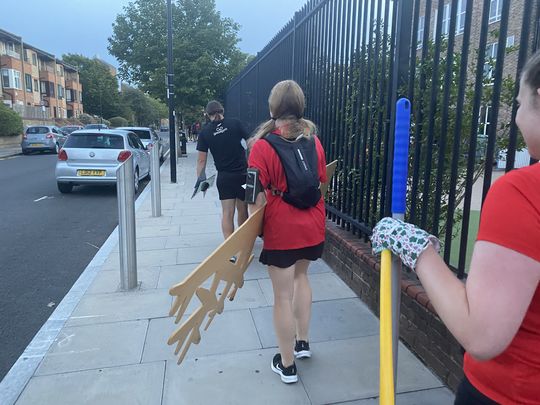 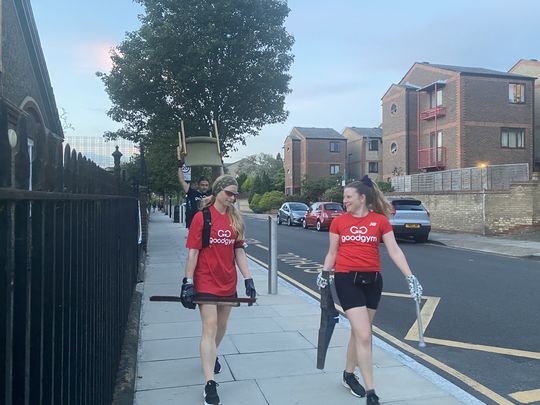 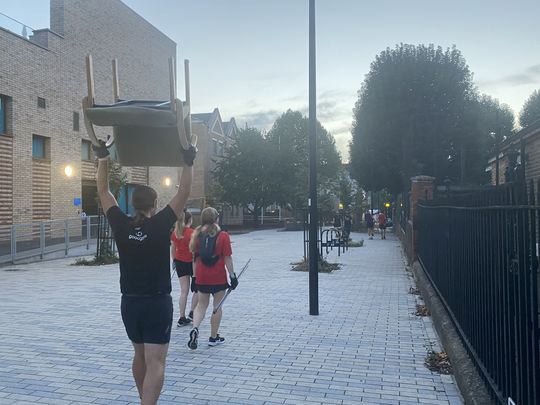 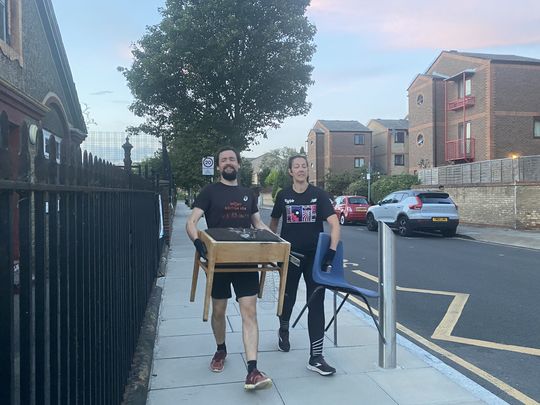 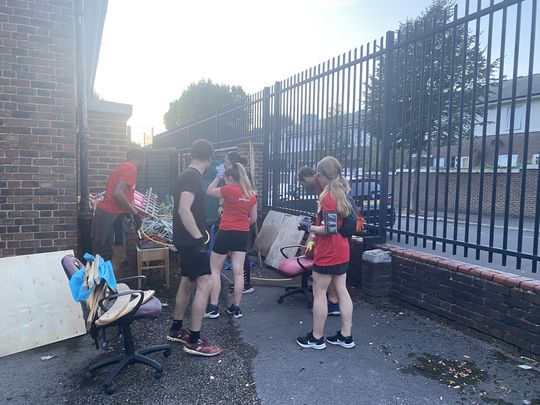 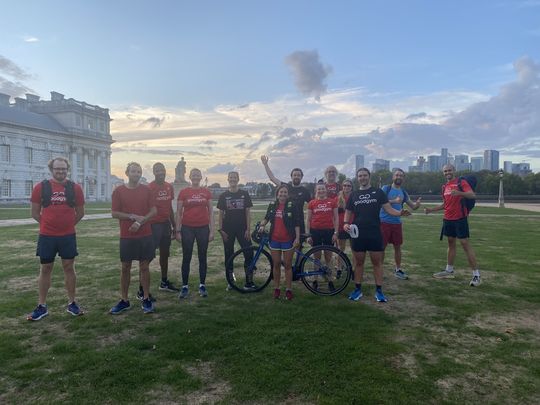 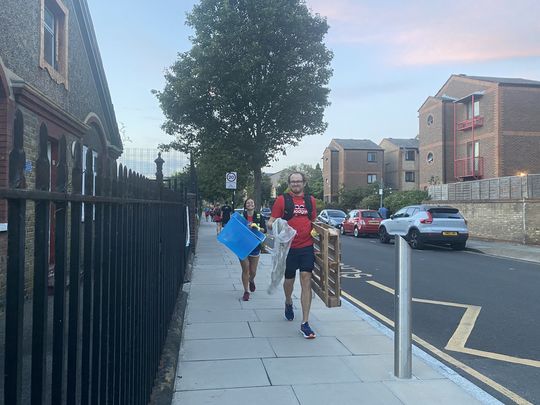 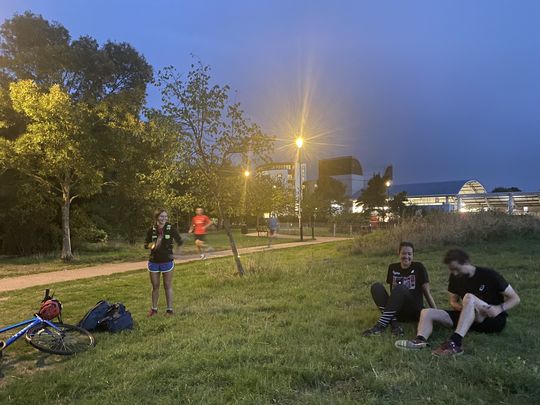 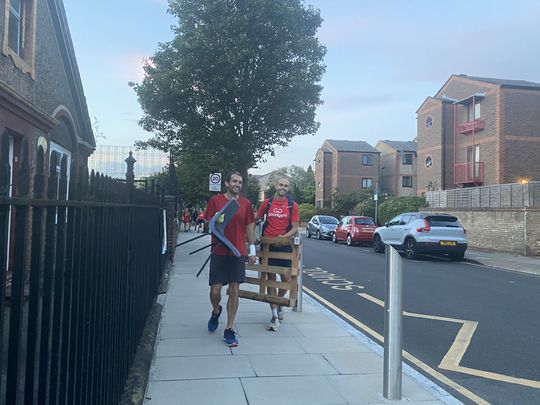 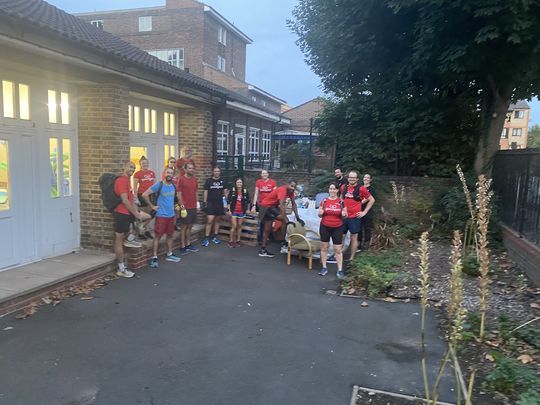 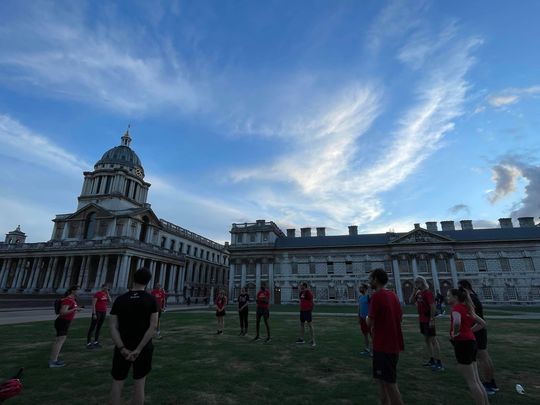 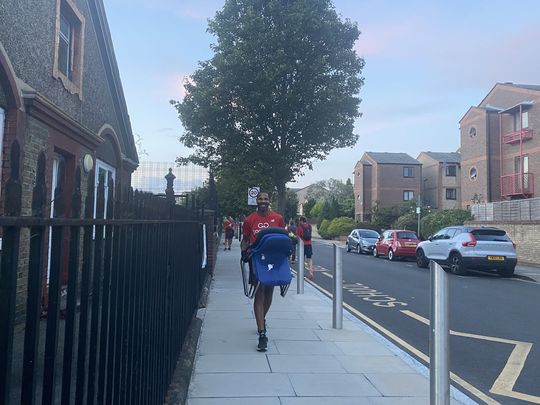 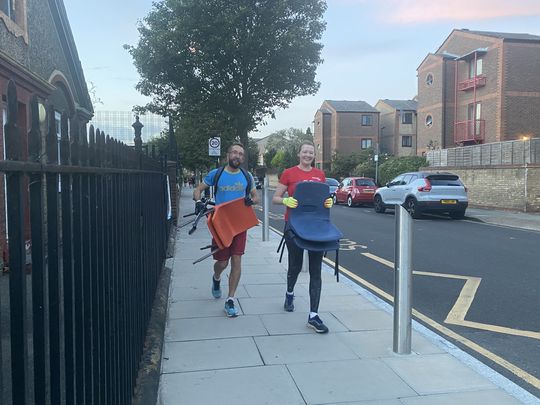 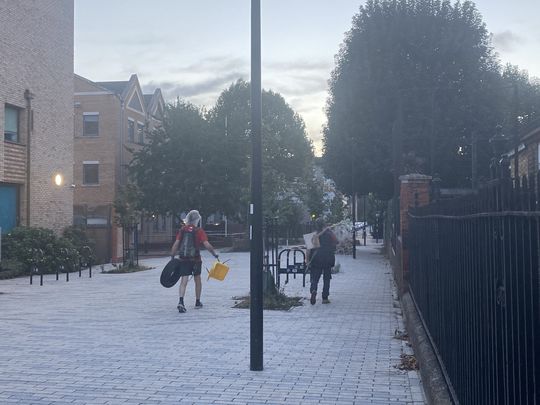 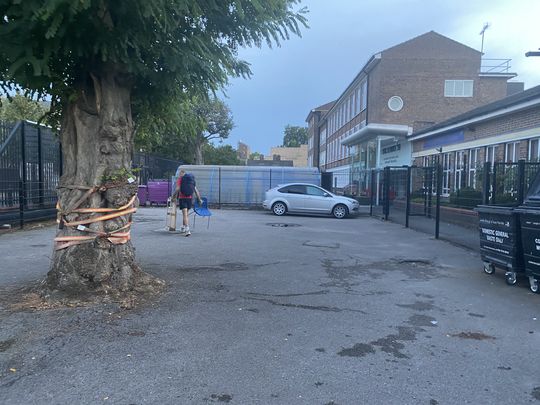 That’s how we started. Our run leader, Sara, asked us to choose a job – our Government position of choice. And we’re a varied bunch; some were vying for Transport Sec, others were interested in heading up DCMS, we had a Minister for Development, an Education Sec, and some egotists even wanted to be PM (me).

After that, it got a bit heated, political even, and Sara acted as Speaker and moved us to the Naval College green quadrant for a lovely warm-up. Along one stretch of the quadrant, we walked briskly and squatted, and then we jogged and lunged, and then we closed the square by increasing to a sprint.

And then we were off to our task, which is an interesting one. Because we sneakily crossed borders. Into Tower Hamlets. Because we’re volunteering rogues. To get there, we ran to the Cutty Sark, and we descended into the Greenwich Foot Tunnel.

Now, as our budding Education Sec would attest to, learning should never stop, and now’s an obvious and apt time to learn some history (please skip the next two paragraphs if you’re anti-education).

The Greenwich Foot Tunnel takes you underneath the Thames from Greenwich to Island Gardens, and it’s one of a handful of Thames tunnels; another being just down the road in Woolwich. Its construction was finished in 1902, and it cost just £127,000; can you believe? Which would probably get you a shed in Tower Hamlets these days. In Greenwich, this replaced a rather unreliable ferry service (although £30k compensation was given to the aptly named ‘watermen’ who subsequently lost their jobs), and it was primarily built for dockworkers who lived south of the river but worked on the docks located on the north side.

Not wanting to continue for ever, I’ll finish this history with FOGWOFT, which (surprisingly) isn’t a useful device for misty mornings; they were actually a community group, termed the Friends of Greenwich and Woolwich Foot Tunnels. Sadly now defunct, they lobbied for several key restorations and improvements. A particular win of theirs was to replace the glass tiles that form the entrance’s domed roof, which you’ll notice are slightly murky and opaque, and these were specially chosen to mimic the original tiles that had turned hazy due to the accumulation of more than 100 years of dirt. Anyway, I’ll stop there, but there’s plenty great sources on this, and just give me a shout if you want me to point you in their direction.

So… Once through the tunnel and into Tower Hamlets (and on the lookout for GoodGym Tower Hamlets regulars who might be hiding in spying nests), we took a right and headed to St Luke’s Primary School; an old haunt of ours. There, we were informed of our task – the school had done a summer spruce and wanted to get rid of several items as the new school year begins, and we were tasked with moving these items to a place adjacent to where the skip will be for removal. So, we donned gloves and flexed biceps and got cracking. We moved chairs, wooden pallets, and other miscellaneous things. And really, with so many helping hands, we were done in top record time. Which meant we had time to peruse our previous work at the school. This most prominently includes the children’s playground, which comprises large wooden structures and a slide, which JC elegantly demonstrated how to use (and is now starring in a new GG Greenwich GIF, I believe…).

And, due to our speedy work, we had time for a trip to Millwall Park, where Sara tested our listening skills with a game of Simon Says. We star jumped, spun around, and ran round the roundabout. Then, with sweat on our brows, we headed back to the Naval College for a stretch. Lovely, lovely evening all 😊

***Wait, if you’ve made it this far, there’s one more thing…

We have fundraisers amongst us. Marta and Pieter are our heroes, and they’re running the London Marathon on October 2nd, raising money for the awesome Meningitis Research Foundation and Save the Children UK. And, next Tuesday 13th September, they’re running a quiz at The Brookmill pub (65 Cranbrook Road, London, SE8 4EJ). Expect prizes and a raffle and a sweepstake – it’s going to be fab! If you want to join (or donate too), here’s the link to their lovely website: https://marta-and-pieters-quiz.mystrikingly.com/

Catch you all soon 😊

Great report as always Steve, and thank you for your brilliant run leading Sara! :)

Great to be back with you, awesome report Steve and brilliant run leading Sara ˈseərə

Ace report Steve. I particularly enjoyed the sojourn into the history of the foot tunnel!

Ahh, thanks guys, really, really lovely words - can't wait for the next session! :)