11 runners ran to help the Braywick Nature Centre in Windsor and Maidenhead. 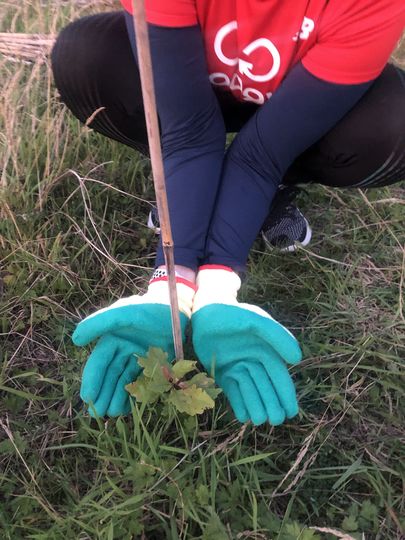 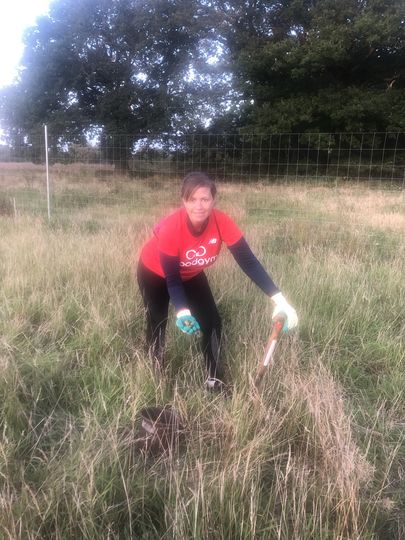 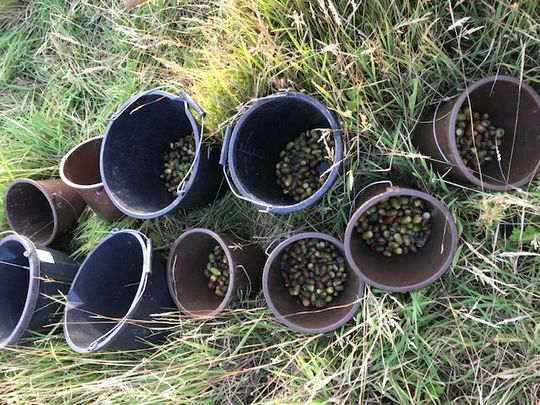 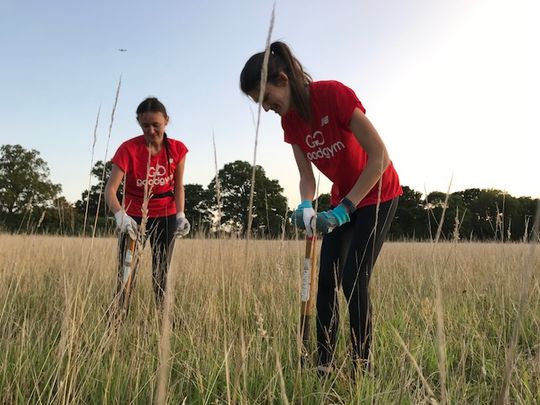 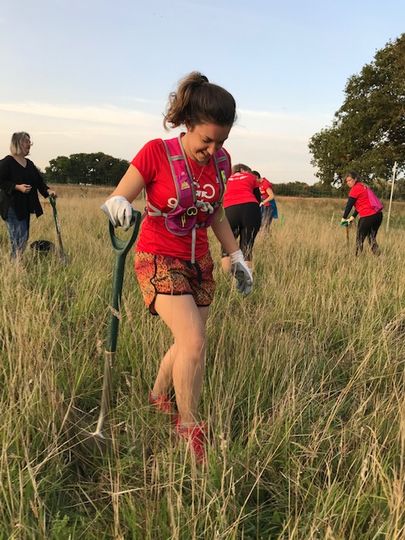 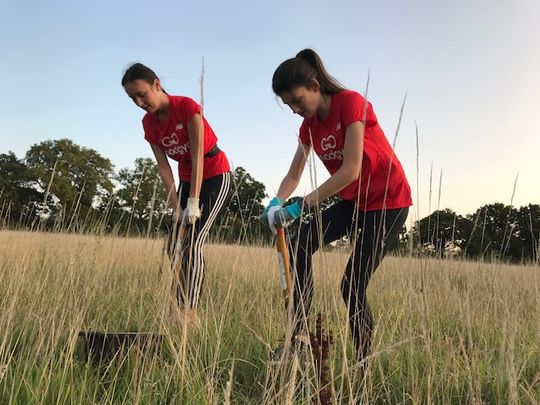 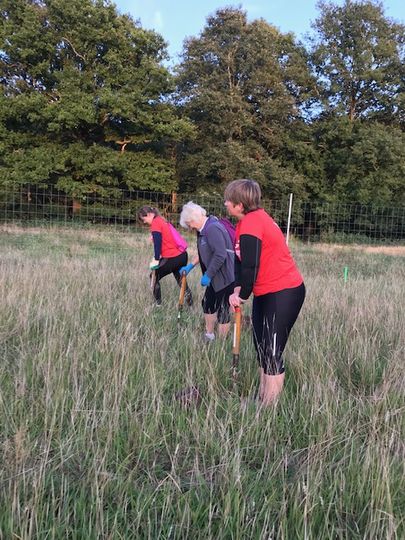 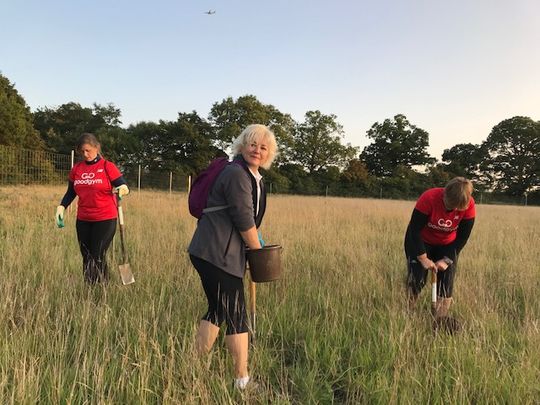 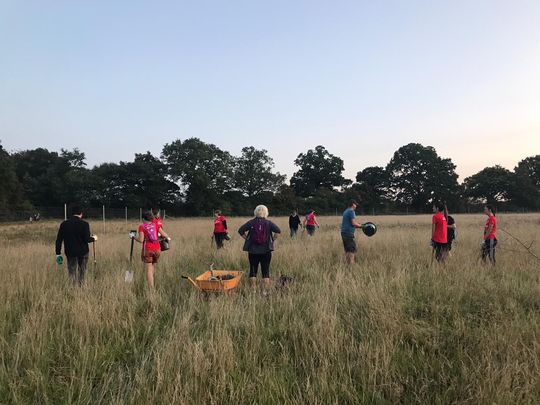 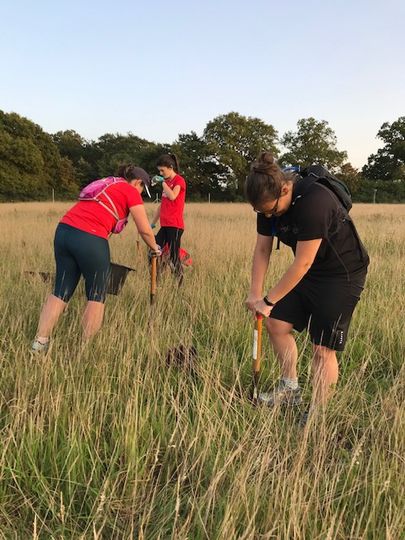 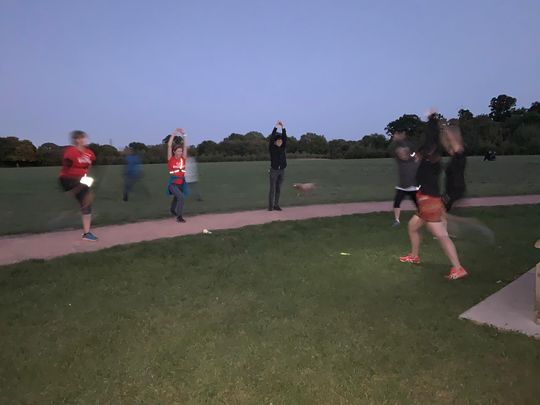 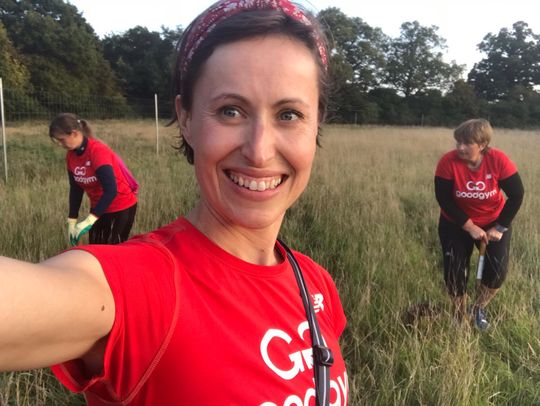 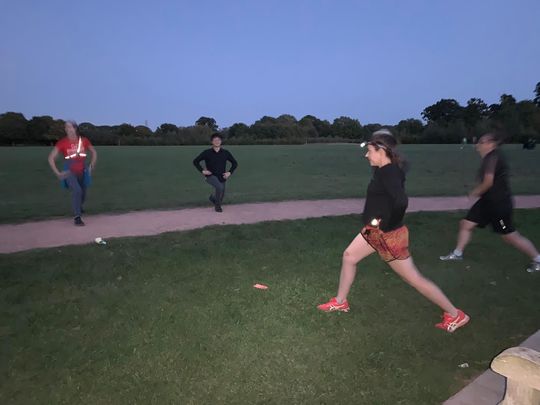 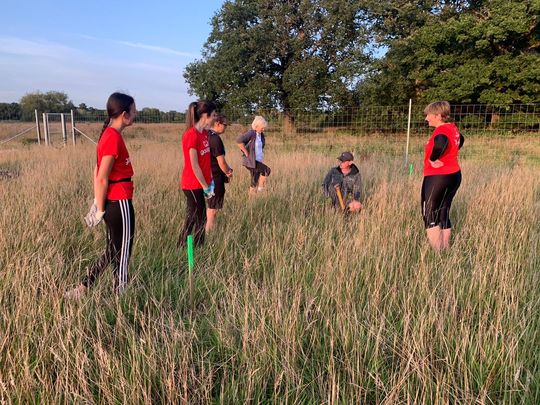 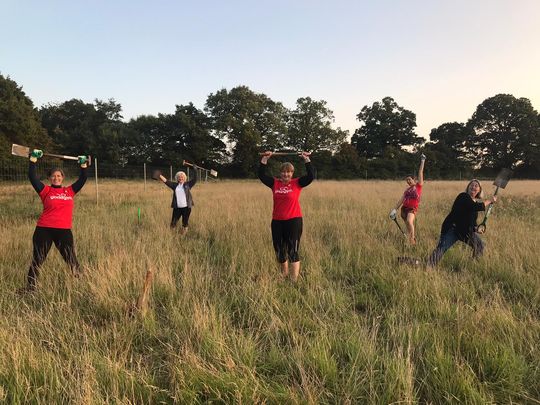 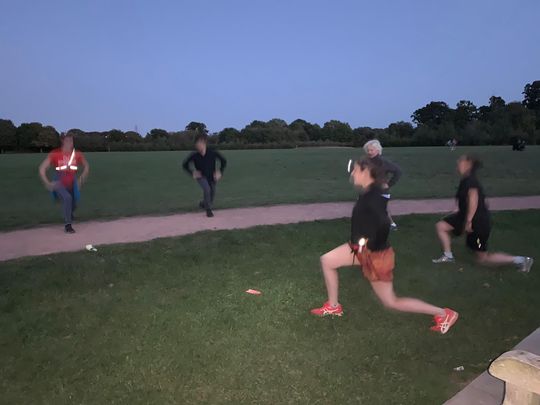 11 runners met in the car park at Ockwells park on this fine sunny evening. Nadège was joining us for her second ever GoodGym task (we hope you had fun Nadege)! We set off on the 1km journey across to the fenced off enclosure where we would be meeting "Ranger Al" from Braywick Nature Centre, to learn how to plant the 800+ acorns that we had harvested in the previous tasks, and that that had passed the float test!

The Aces of Spaces

We set to work in two pre-marked out squared off areas with gardening gloves, spades and acorns! We made a slit in the tough ground with our very large spades (not sure about anyone else but Sophie had it in her mind we would be using tiny shovels!) and dropped in 2 or 3 acorns, lying on their sides, about 1-2 inches beneath the surface.

During our planting session there was much debate around whether the acorns have hats or pants - you know - the little cup on the top of the acorn where it hangs from the tree? It's actually called a "Cupule" but after a democratic vote it was 5 votes to hats and 4 votes to pants. Sorry team pants!!

So whilst this feels like a slightly surreal sort of task, planting trees that won't be fully grown for another 200 years, they should start to sprout in around April-May next year. So keep a lookout! "New Thrift Wood" (aka "The GoodGym" wood) will be in it's glory in only a couple of centuries time! Not that long to wait eh?! We even got to see a real life tiny little sprouted oak before we left (see photos) - as Oak Tree babies go, it was a cutie!

After the task we said our goodbyes to the ever so knowledgable "Ranger Al", who took all the equipment back to his car, and the rest of us set off for the 1km run back to the car park. Some members squirelled home whilst 6 others stayed for a short HIIT session led by Sophie, with a mixture of cardio, strength, balances and strectching! Everyone did a great job and Nicole treated us with KitKats, Twix and Celebrations at the end - you can DEFINITELY come again Nicole!!