7 GoodGymers made their way 3.8km to help the East Croydon Community Organisation in Croydon. 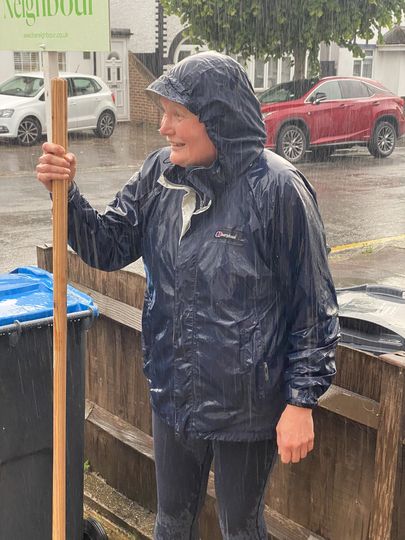 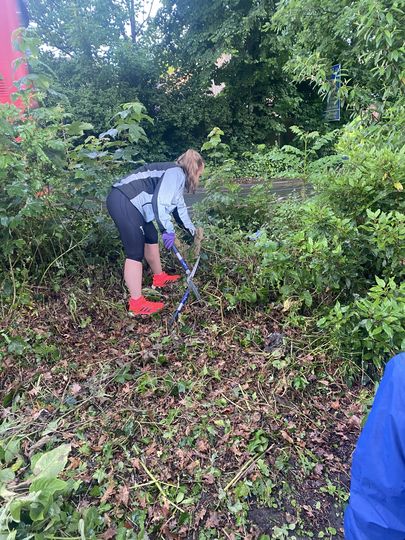 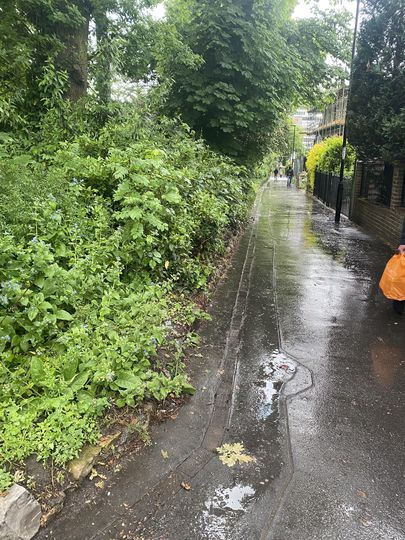 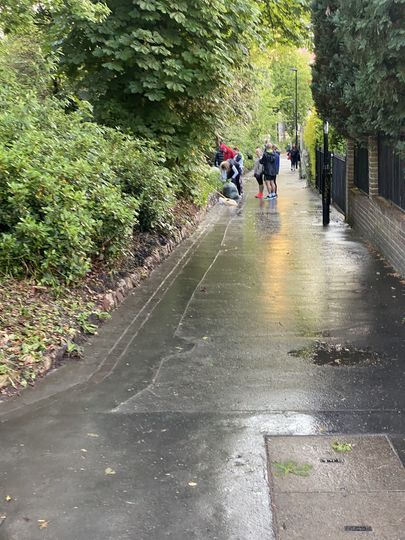 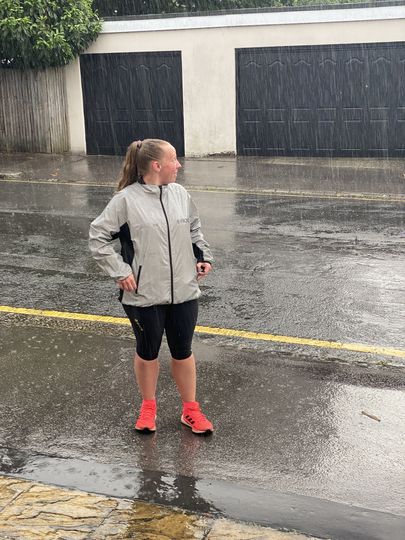 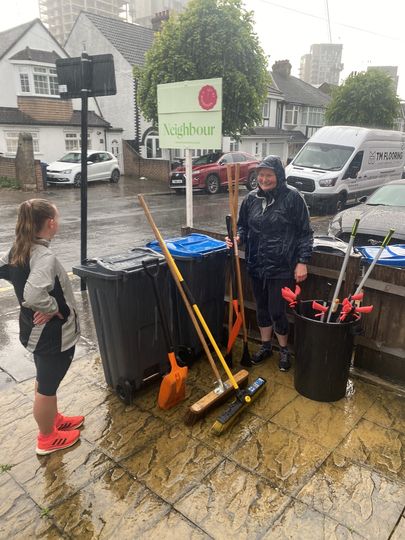 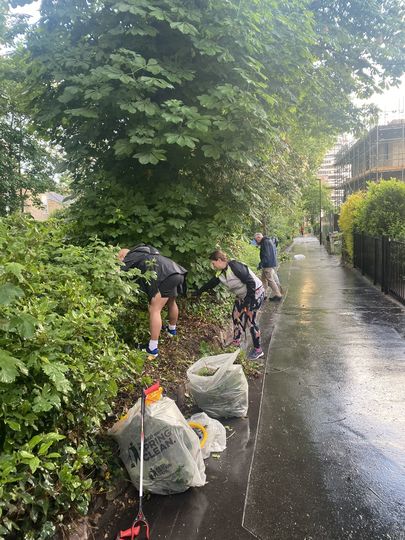 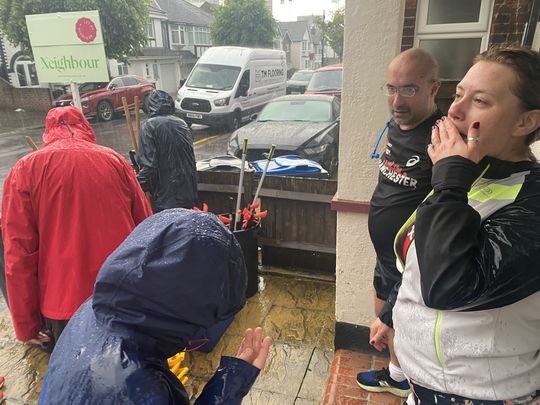 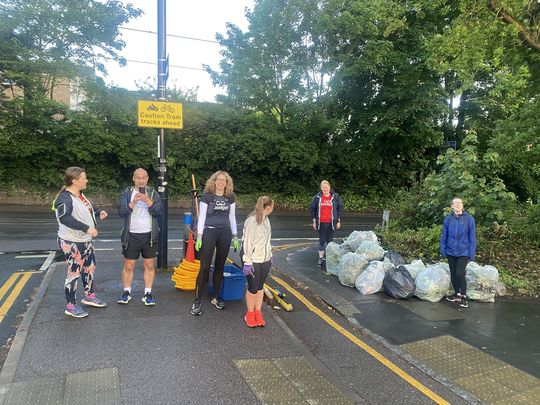 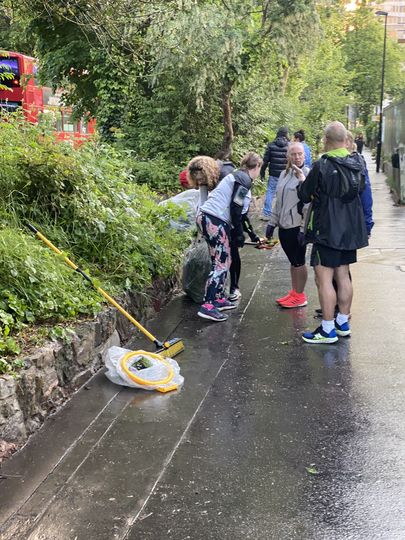 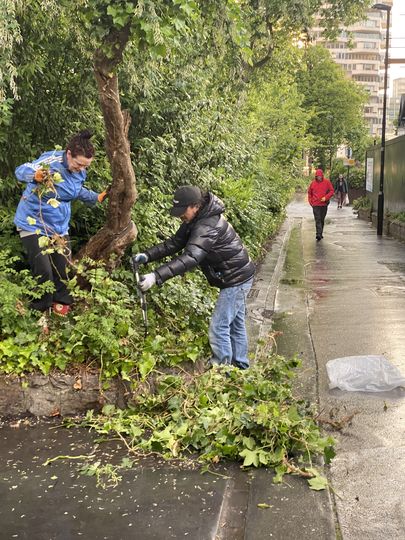 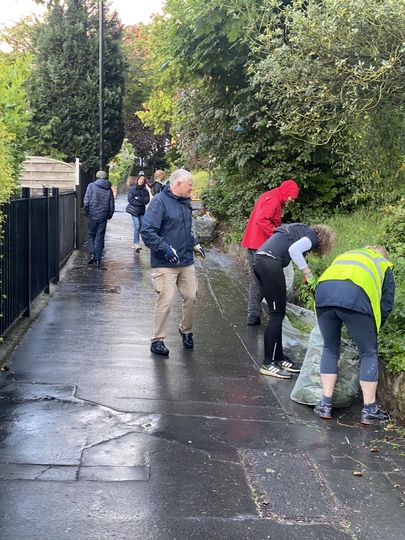 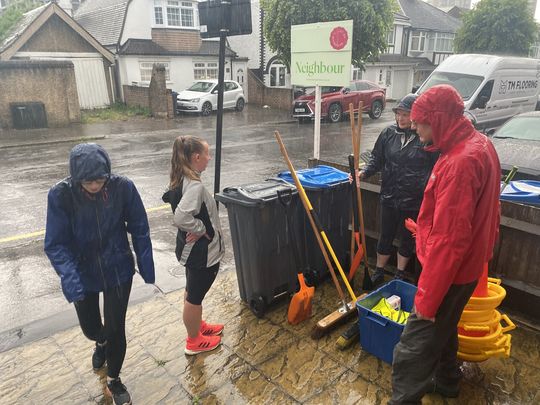 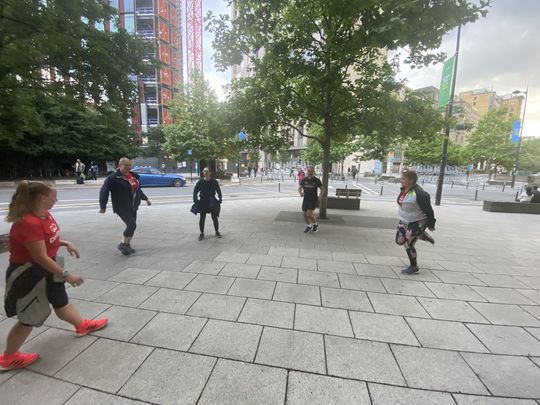 When we met at Solutions the rain had not began to fall but we kept an eye on the sky wondering if it was going to rain or not. However, we were not deterred by the possibility of rain and got on with our warm up before setting off on our run. As we got to the end of Lansdowne Road we began to feel drops of rain falling, by the time we got to Cherry Orchard Road, the showers were pouring, we stopped and waited for the others to catch-up. When they caught up we spoke about the rain and that it would come to an end soon, however it didn’t so we decided to bite the bullet and continued running. By the time we had got to Jerry's to pick up the equipment we would be using, Jerry was outside his house in his rain coat smiling as he saw us approached. He was happy that the rain had not put us off and that we had turned up to the task as planned.

When we got to the Boulevard the rain was still falling but we were joined by four members of ECCO who came out to help us tidy up and before long the rain had stopped. We did do much litter picking as the word about Dont mess with Croydon seems to be hitting the streets.

We trimmed the overgrowth from the raised beds, rescued a couple trees from the overgrown ivy, filled a lot of bags and bid our farewells to Jerry and his neighbours ubtil the next time.

When we all come together what a difference we make