13 runners ran 7.0km to help their local community in Bromley. 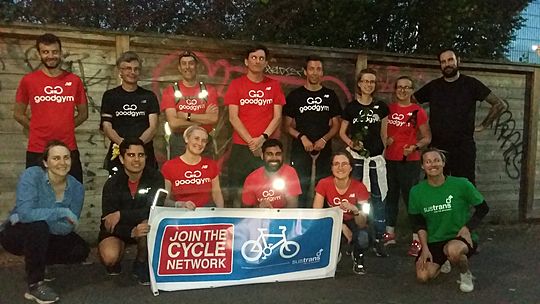 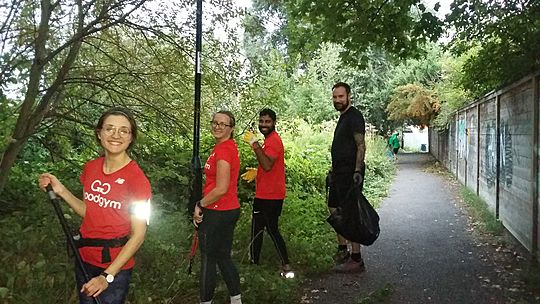 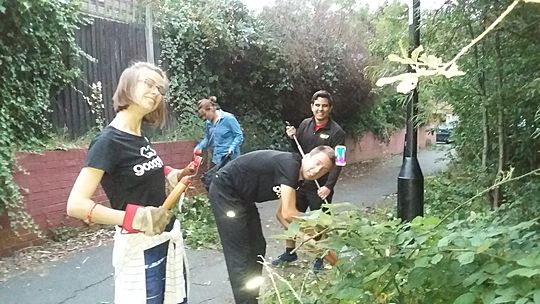 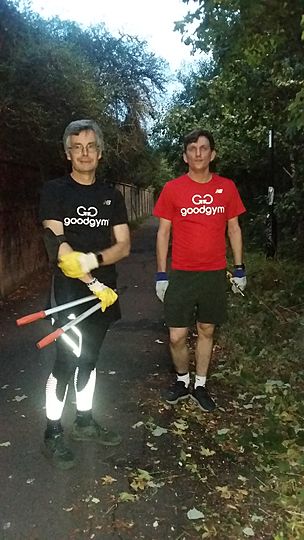 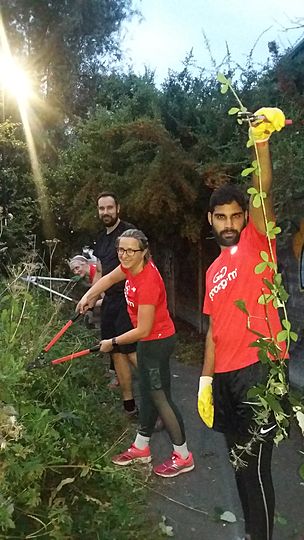 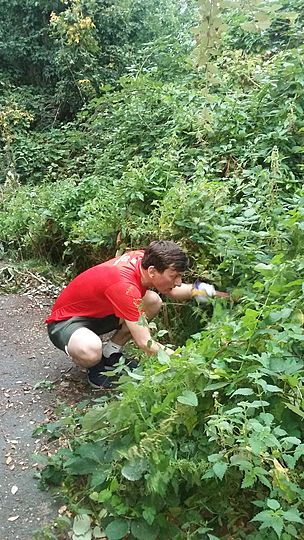 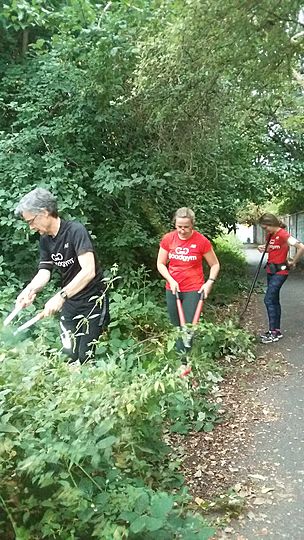 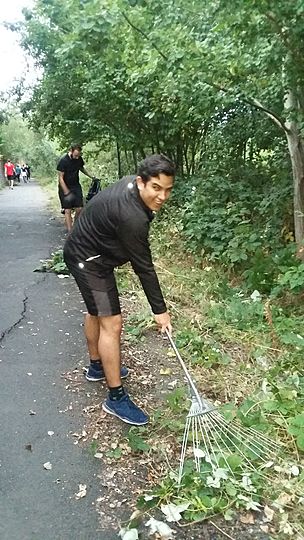 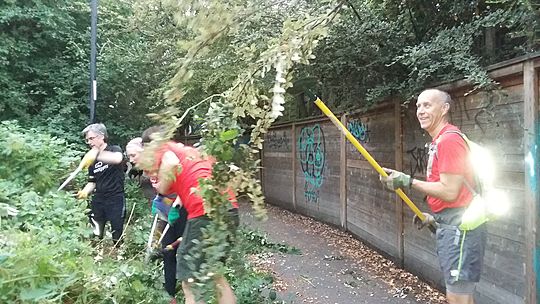 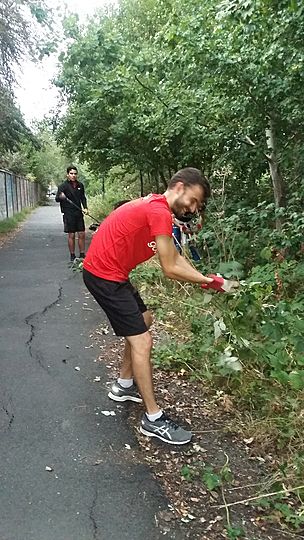 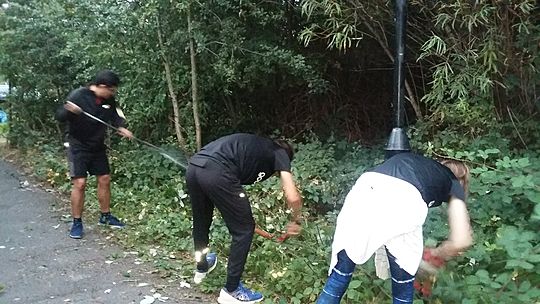 The light faded fast on our thirteen fabulous runners, is summer really over already?

A big Bromley welcome to Ollie and Raven who came on their first GoodGym run, and congratulations to Tim who did his 100th parkrun at Bromley on Saturday. In true Tim style, he celebrated with gherkins, and cake of course.

After a quick warm-up, we headed off to a brand new task, helping Sustrans clear the path alongside Lower Sydenham Station. Thanks to Ian for back marking, tonight was his 98th good deed, so very close to gaining his wings.

A pleasant run through Cator Park and down Waterlink Way brought us to the station, where Roxane and Ellenie were waiting for us, along with Sam who had made his own way to the task. The main job for the evening was clearing the jumble of brambles that was encroaching onto the footpath, and everyone soon got stuck in. Brambles were chopped and pulled, overhanging branches were cut and nettles were annihilated. We worked to the sounds of a local band practicing on the other side of the tracks, interspersed with the trains and a particularly vocal flock of birds in the trees above us.

As the light faded, our runners shone brightly whilst they worked. Witness the magical glow on the photos, proof indeed that reflector strips work.

When the time came to finish up, it was clear just what a difference we had made along the whole length of the path. Roxane and Ellenie were delighted with our efforts and told us about Sustrans plans to install some children's play equipment in the area. There was just time for a group photo, complete with Sustrans cycle network banner, before we headed back along the thankfully lit Waterlink Way. We had come prepared with head torches and we certainly attracted attention as we made our way through Penge.

We just had time to stretch before a quick reminder about this Thursday's GoodGym social, and next week's task at St Johns Meadow. Sign up here. To celebrate GoodGym's 10th birthday, we'll be stopping for a few drinks and something to eat at the Bridge House after the task on Tuesday 17th September. Come and join us!

Wow, such a difference along the path, I have had to duck when cycling through here before now! Great work everyone and a brilliant run report Louise x