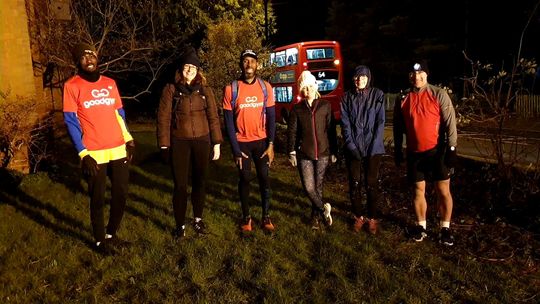 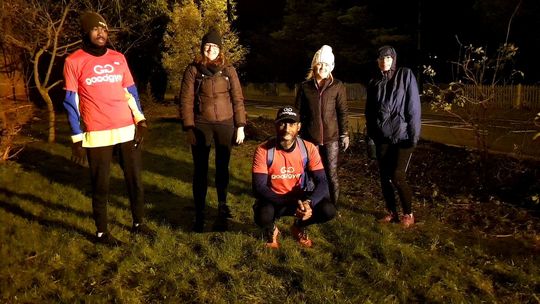 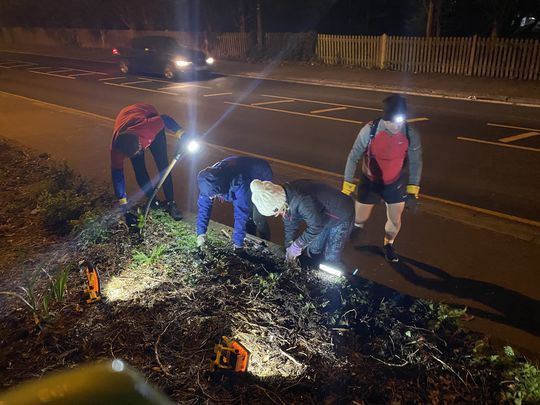 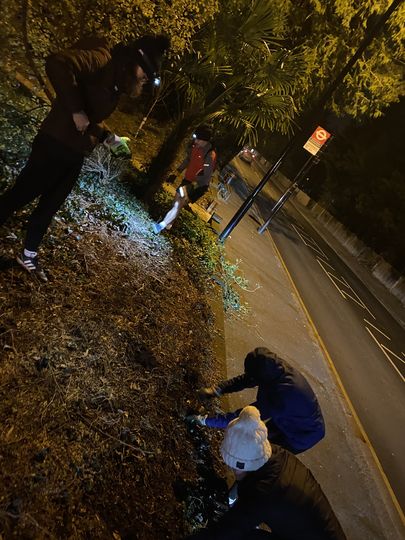 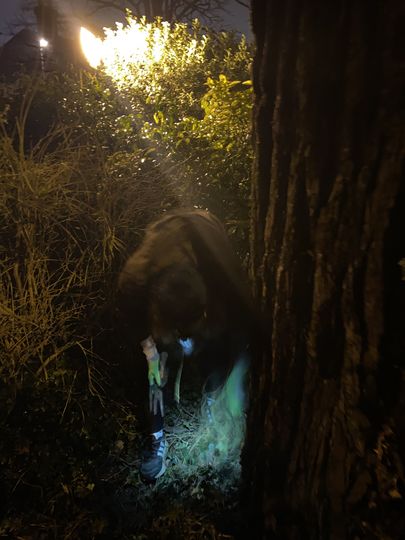 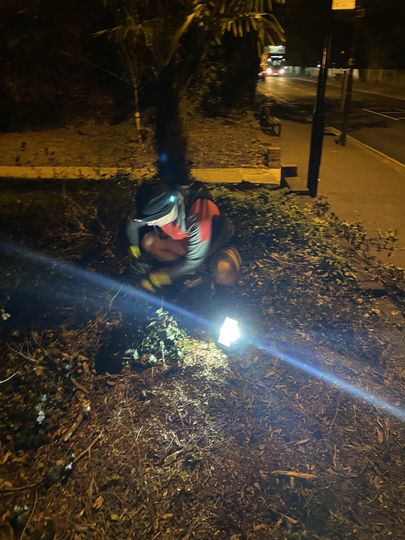 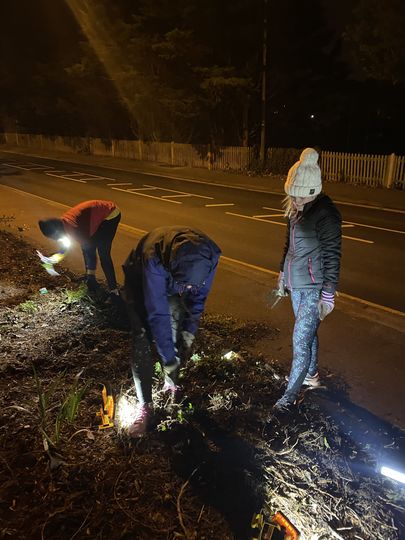 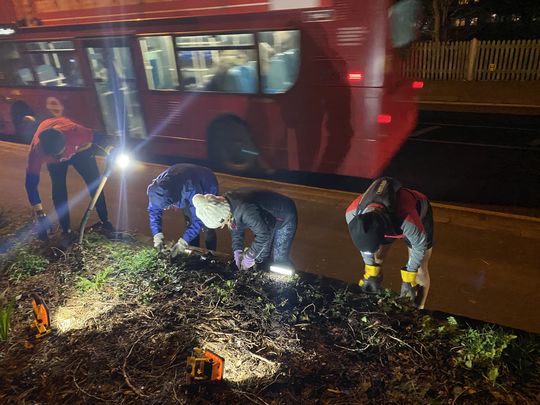 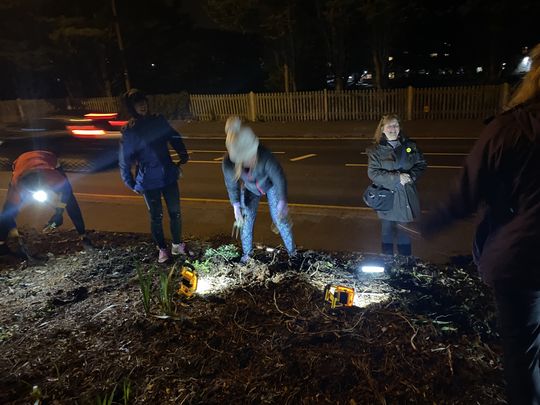 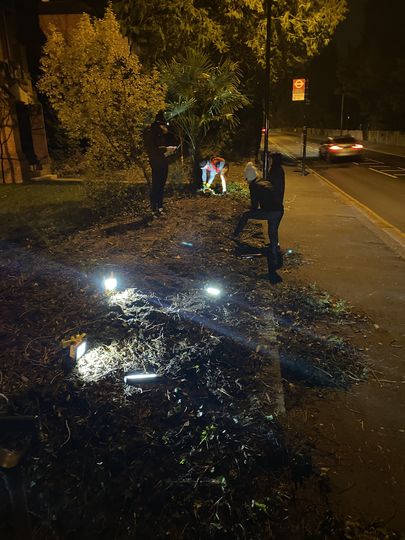 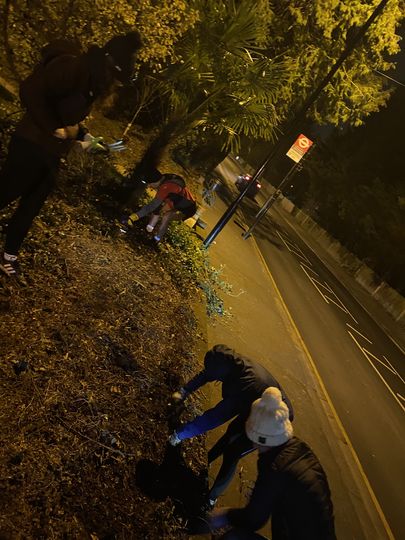 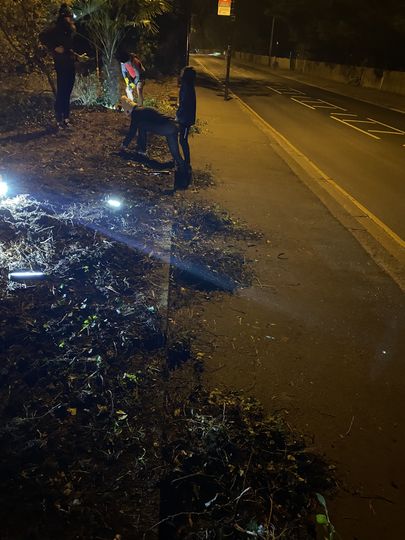 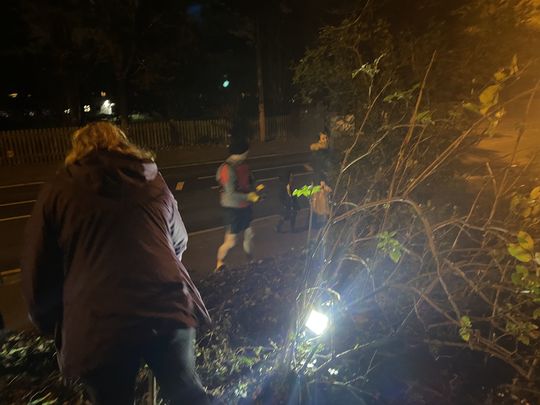 Last night 6 members of Goodgym Croydon, braved the cold weather and ran 6.4km to do a spot of gardening at St Pauls United reform Church. They had some trees cut down toward the front of the Church, however the spot was being taken over by ivy and they wanted our help in clearing the Ivy to prepare the area for planting flowers. The weather was freezing so we set about out task as soon as Sue informed us of what she would like us to do. As we worked on weeding the ivy a few members of the community who were on their way home from work stopped to admire what we were doing as they were surprised to see us gardening in the night. Although there were only 6 of us we managed to clear a big area and partially rescued a tree that had some massive ivy vines growing on it. Soon it was time for us to bid farewell and Sue thank us for the work we had completed and inform us that she had some decorating she would like our help with in the future.

Today is our Birthday