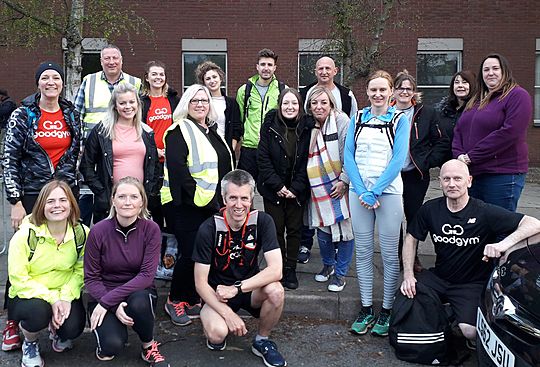 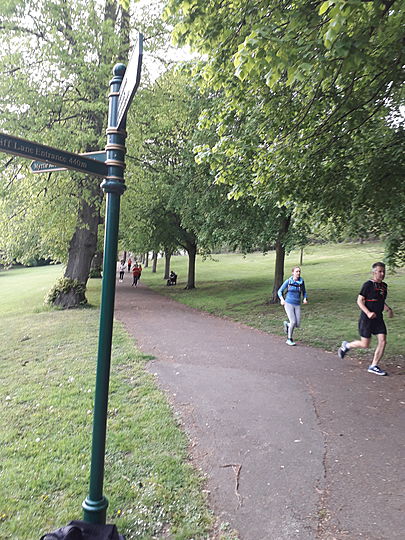 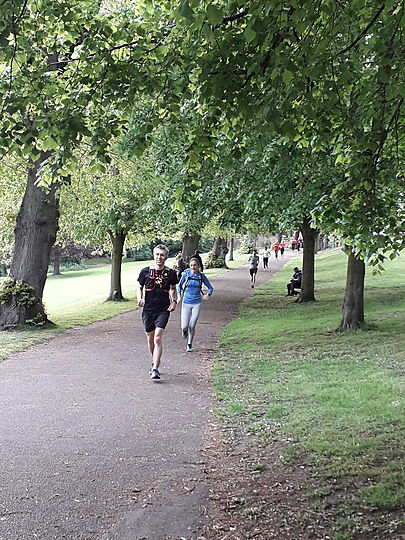 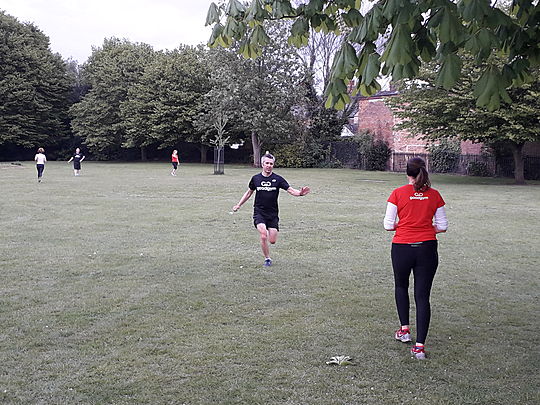 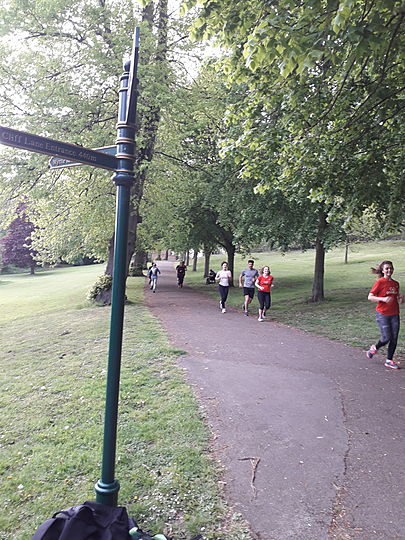 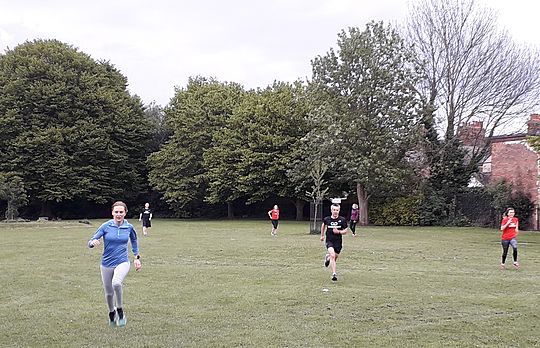 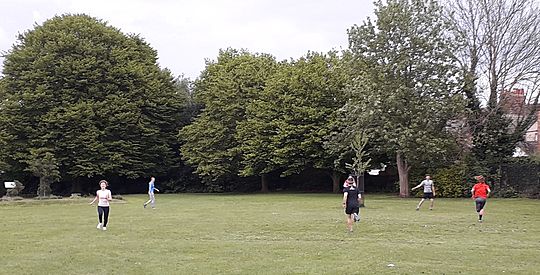 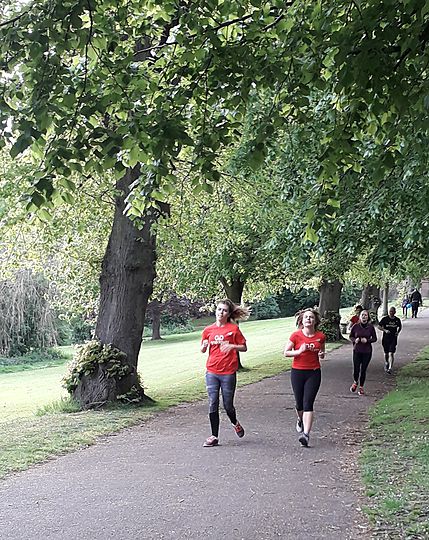 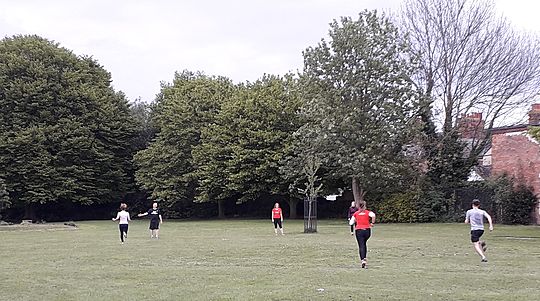 A huge welcome to Sophie and Luke who made their Goodgym debut this evening.......just catching us as we set out for the first leg of our run. We hope you enjoyed your first taste if Goodgym.

Our task was to meet the fabulous Ipswich Soup Kitchen volunteers and help them with their nightly outreach programme distributing food and drinks to the homeless and needy within the town.

However our rendezvous time was 7.20pm giving us time to take on a 3 mile Goodgym Tour de Parks (I stole the title from Strava - Thanks for that Lizzie!) A route of around 3 miles taking in 3 of Ipswich's fine parks - Holywells, Alexandra and Christchurch.

In each park I had planned a little challenge.......so on arrival in Holywells park we had 2 sets of long incline efforts with decline recoveries, before heading to Alexandra Park where the challenge was some relay sprint intervals..what fun! We then made tracks towards Christchurch Park where, as everyone knows, there are some steep hills! Unfortunately (or perhaps not!) we were running out of time so only managed a quick loop of the lower end of the park before heading to the task meeting point.

We met up with Jazmin, the volunteer group co-ordinator helped set up a few tables before joining the very efficent system of handing out a variety of food and drinks, some of which we had brought with us to contribute . We also spent time chatting to some of those who use the soup kitchen and the regular volunteers. Quite a humbling experience and felt like one of our more worthwhile tasks even though it didn't involve very much "work".

Thank you to Jazmin and the rest of her Ipswich Soup Kitchen volunteers for inviting us along. I'm sure we will return soon.