Getting a little cross at St Giles Church

9 runners ran 8.0km to help their local community in Derby. 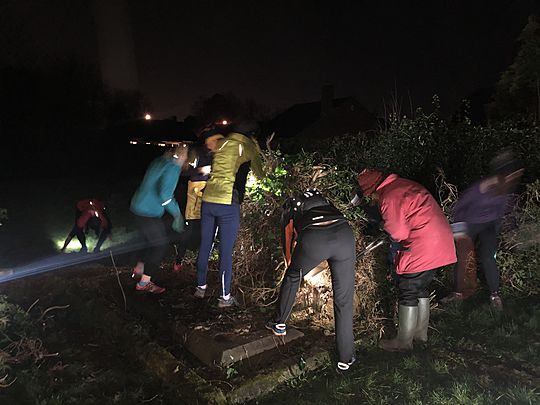 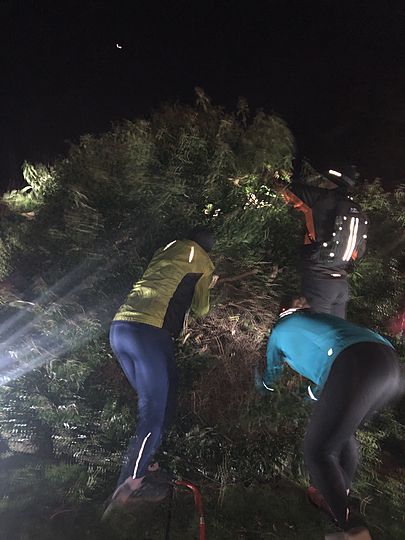 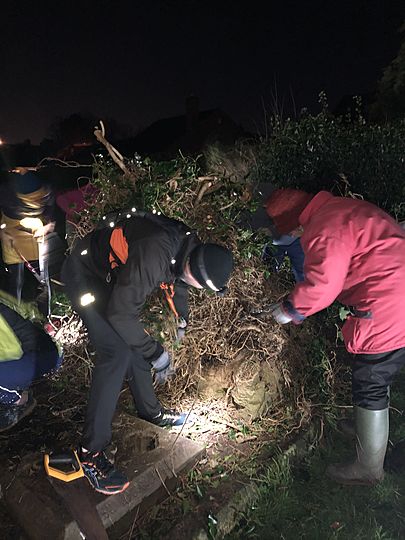 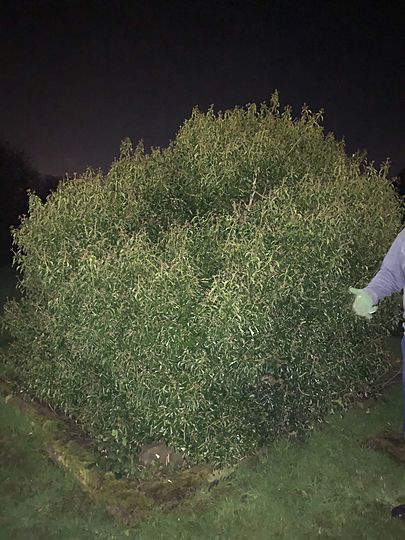 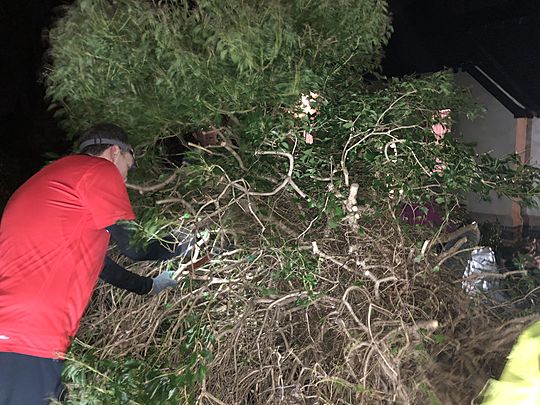 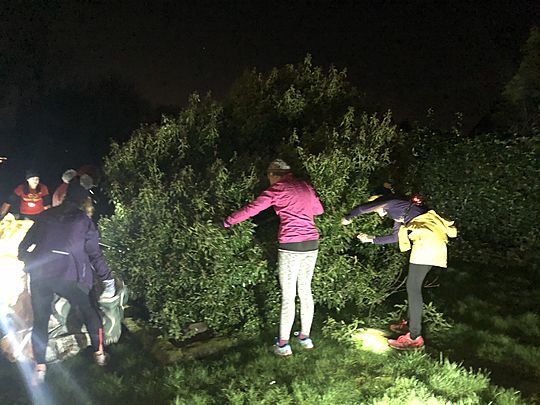 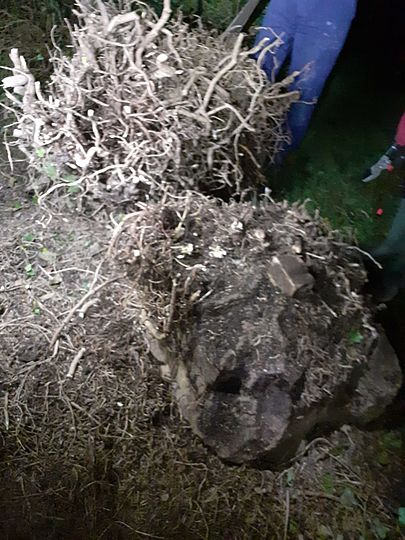 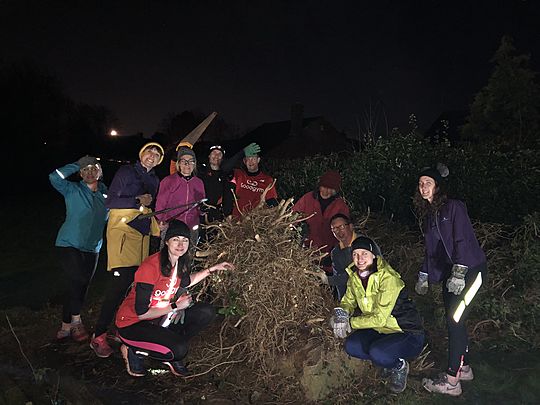 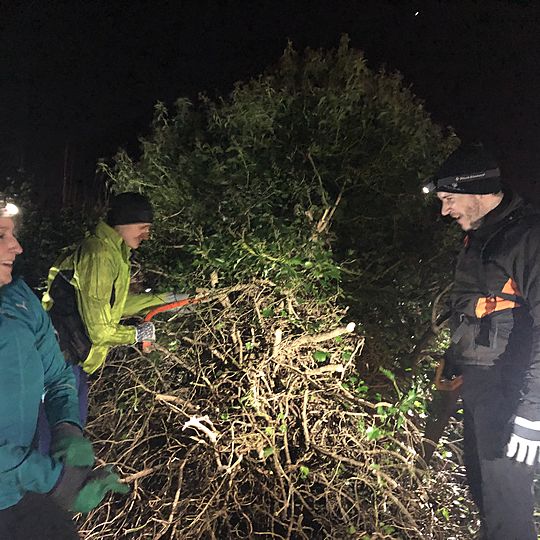 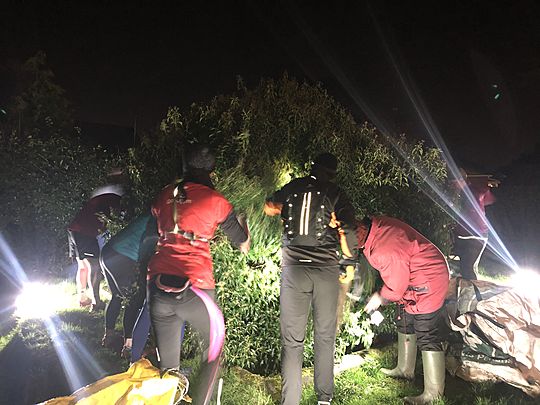 Nine GoodGym'ers ran (two walked) to St Giles Church to do good & little did we know as we approached the Church that we'd be involved in a 200 year old discovery...

Well, the evening had started off a little different as we decided who was most suitable to be at the front of the run pack (narrowed down by injury & lack of tech & settling on the wonderful Noami, who handled it perfectly) & then the runners were left with a warm-up fitness drill as Helen & I headed up the walk & set off to the task with a 9 minute head start!

Helen & I crossed to the Church just as the runners appeared, Ashley overtaking us on the final stretch of pavement! And following the head to head battle of Walkers v Runners, it was time to be shown to our task at St Giles Church.

Joined by David & Norma - from a local history group - we went around the back of the impressive building and stood looking at quite a large ivy bush, to be told a memorial was somewhere inside & our task was to uncover it....

Something to get stuck into - perfect!

And we were off. The GG'ers were sawing off branches of the bush and in no time at all both ton bags were absolutely full. New piles were made around the memorial as we kept hacking away.

Slowly & surely, the first glimpses of the memorial appeared and with it, a date!

The memorial could well be nearly 200 years old! We asked Norma when this memorial was last seen & the church reckons somewhere around 1980 when they no longer had funding for gardening and the memorial had become overgrown with the ivy bush.

"I think a head might roll out!" was exclaimed...

Bit by bit, more of the memorial became exposed but the ivy bush - now at the centre and a mass of roots - was still hanging on firmly. We further cut & prised away branches in search of the golden nugget on the memorial - the cross.

Unfortunately as we neared closer to the cross, the ivy having grown around & through it, as we removed the last section of ivy, the cross left the memorial with it, still encased in layers of roots & leaves, decades old.

And with that a two hundred year old memorial was exposed again for the first time in nearly forty years! A little repair & tidying needed to bring it back to its former glory, but a job well done for the GG clan.

And to clarify... St Giles Church weren't at all 'cross' about the incident!

With such a physical task of sawing & cutting back an ivy bush, it was a good job the runners warmed up with a circuit first, eh!? One minute of elevated push-ups, one minute of walking lunges & one minute of plank walk outs... repeated three times. No wonder the walkers beat them to the task :)

As well as a mean circuit & physical task, 8km was covered to get to & from the task. It's fair to say that we were all ready for dinner come home time!

Thanks to everyone for an evening of mystery-busting fun & again, for getting stuck in with an awesome task. Special thanks to Naomi & Ashley for joint front-leading & doing an ace job of it! And of course, a warm welcome to our latest recruit Barbora!