19 runners ran 4.9km to help their local community in Camden. 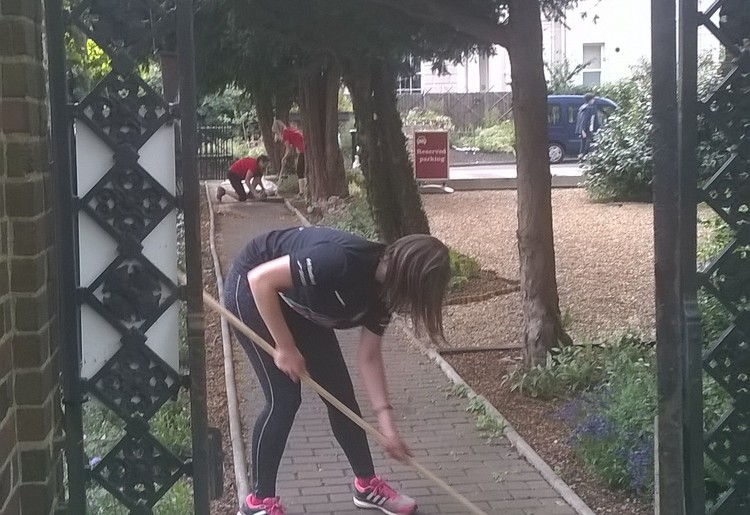 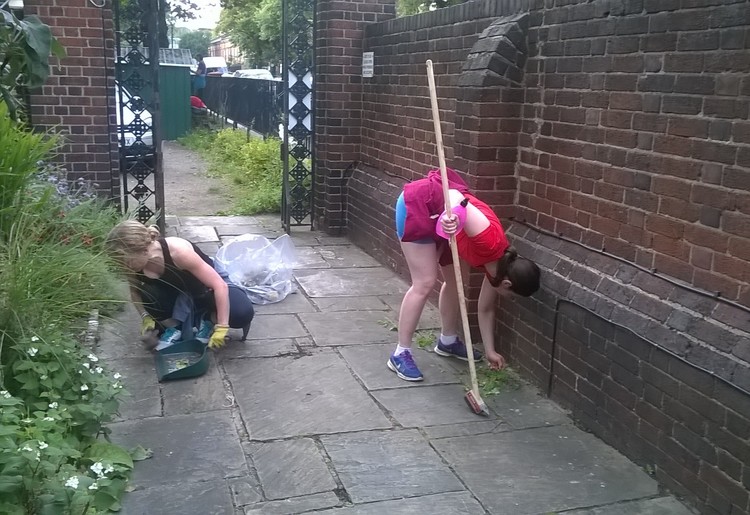 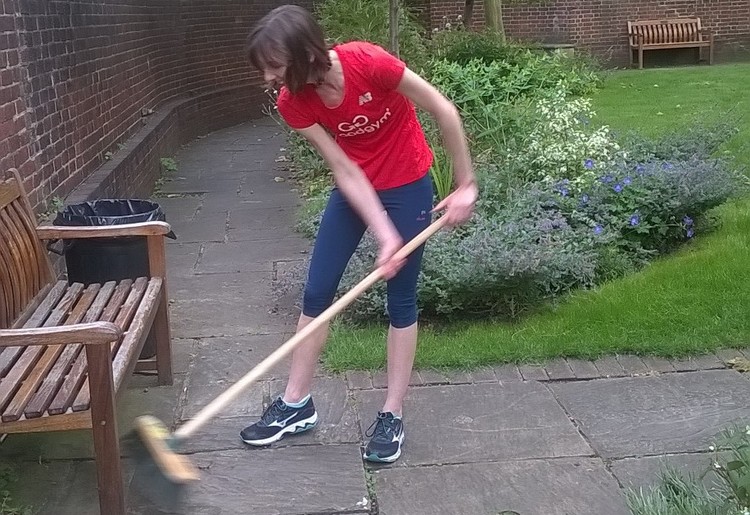 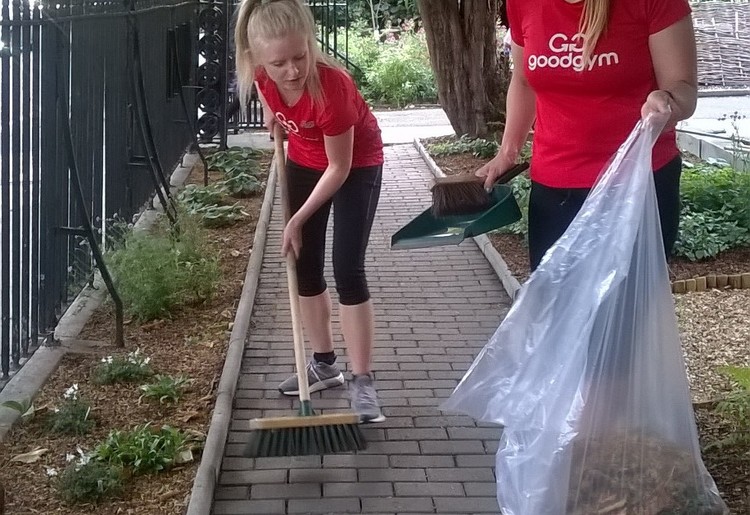 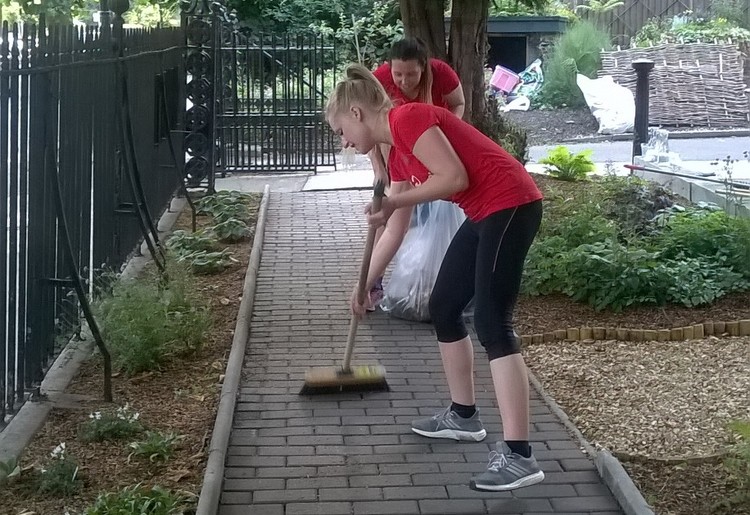 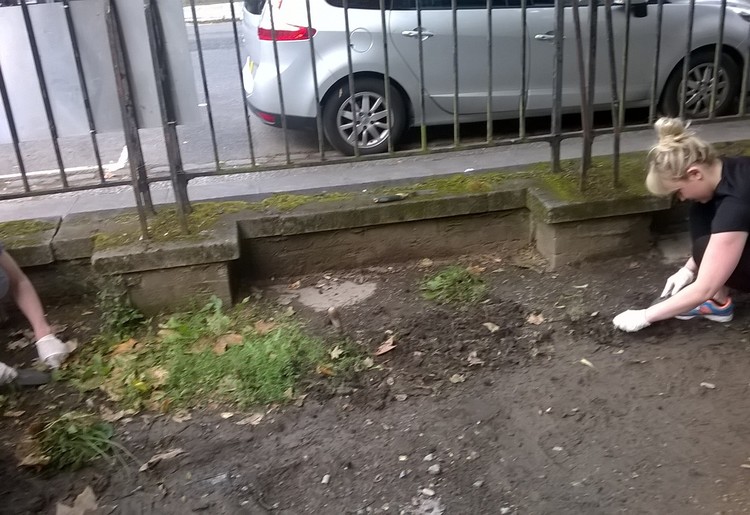 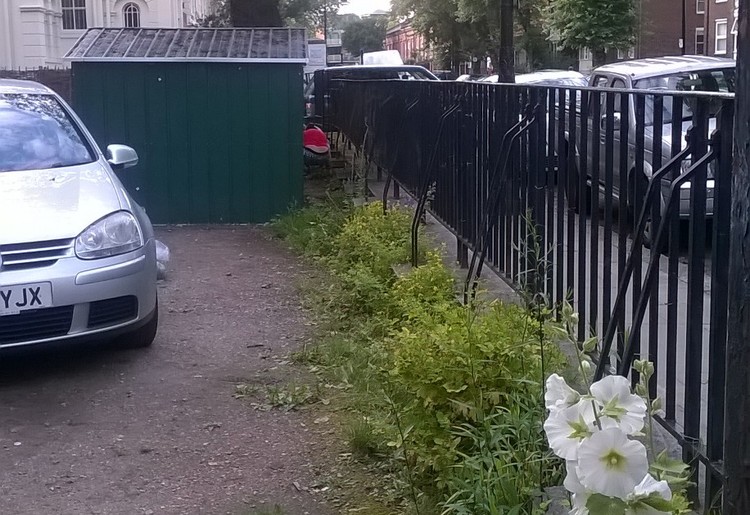 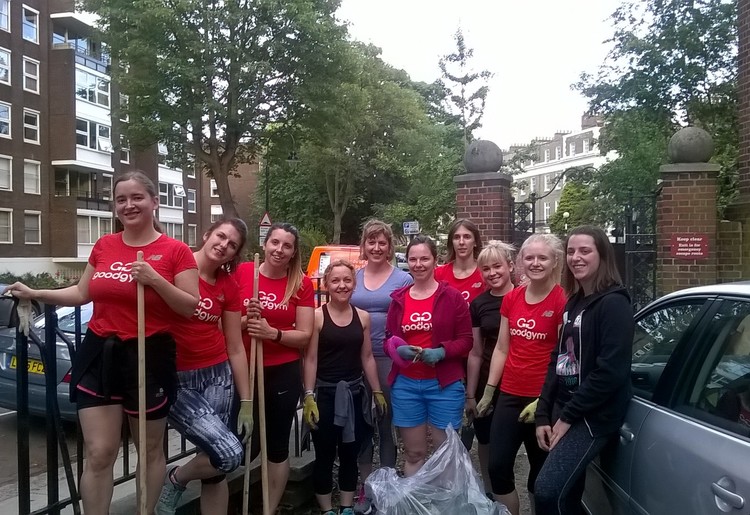 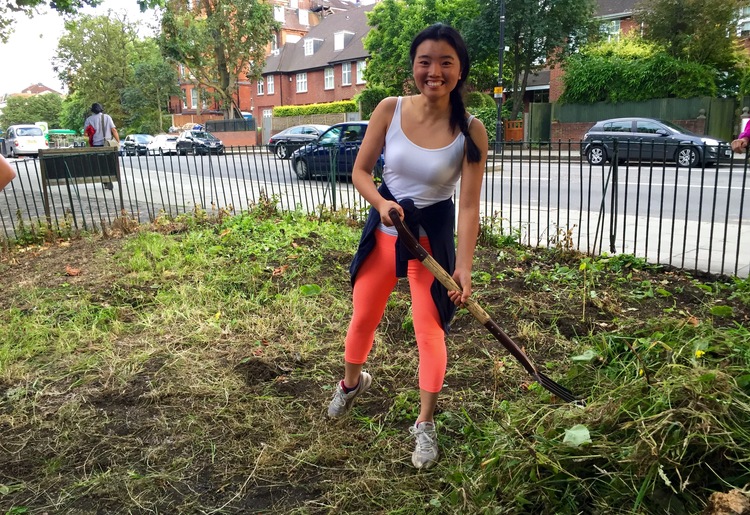 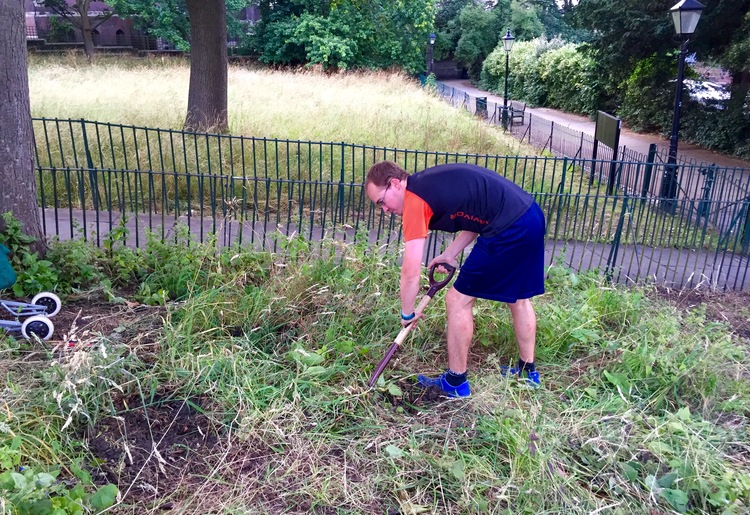 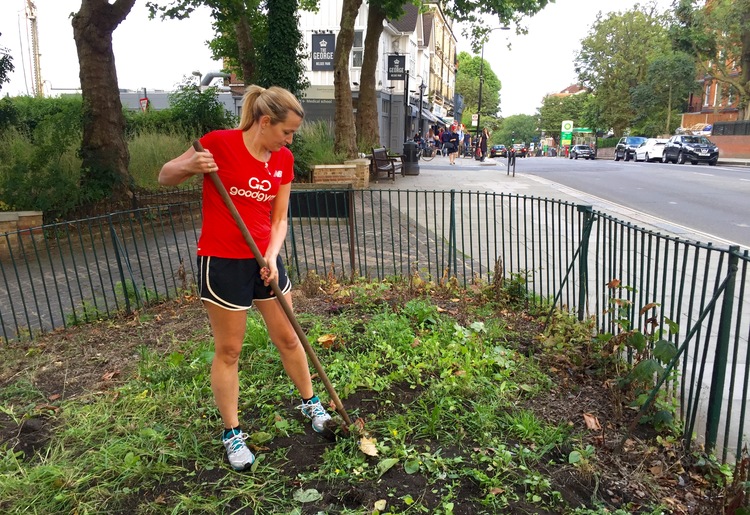 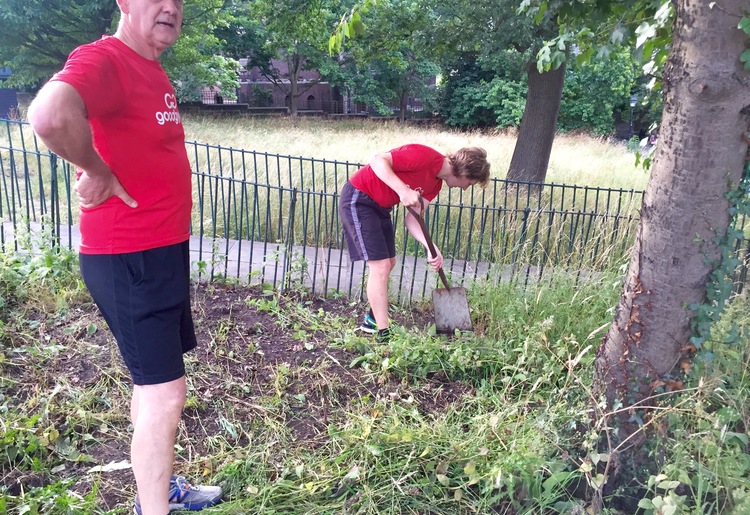 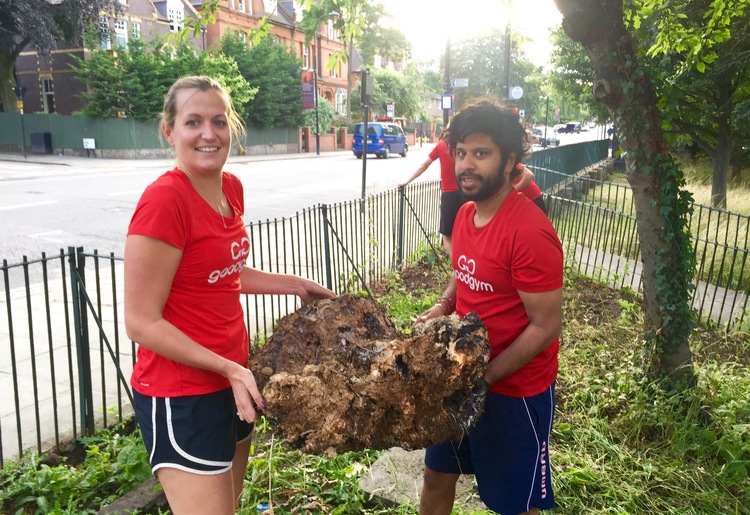 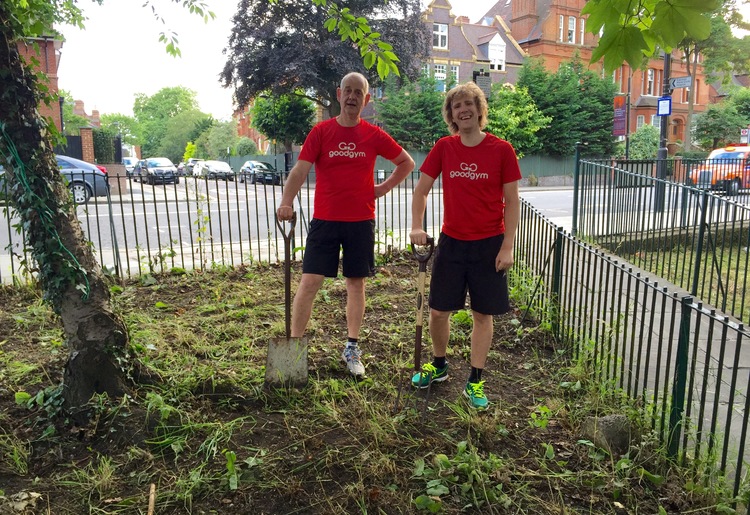 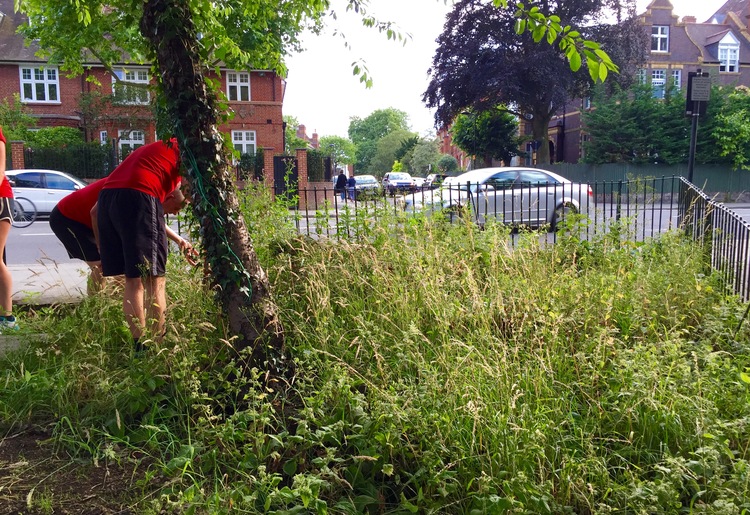 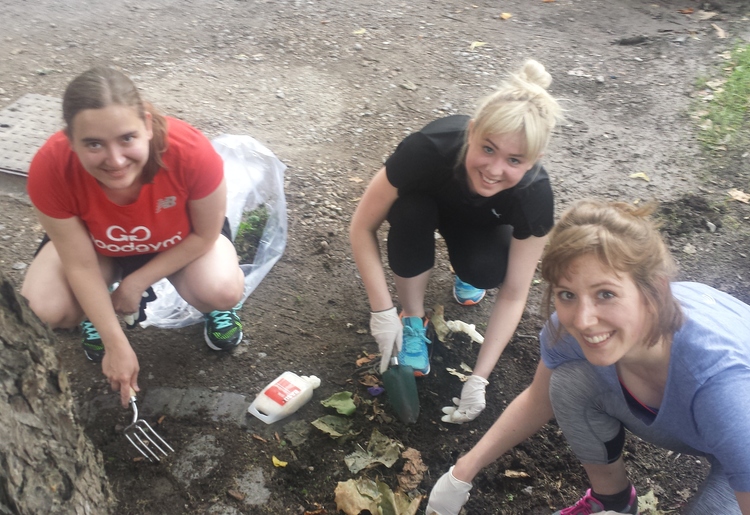 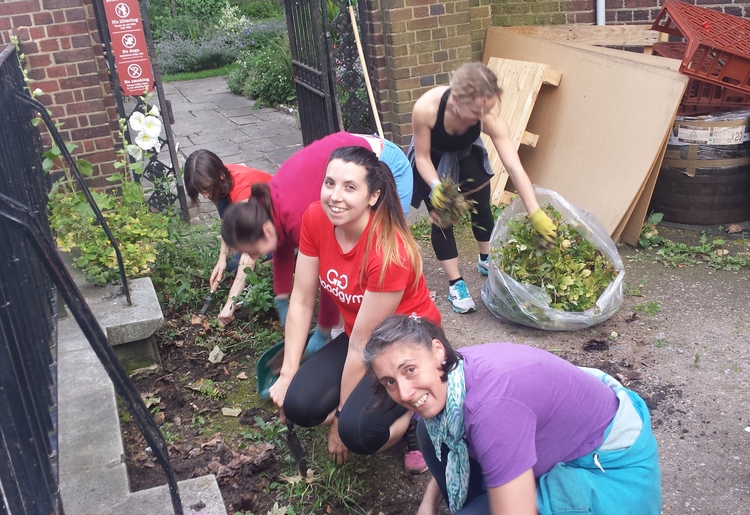 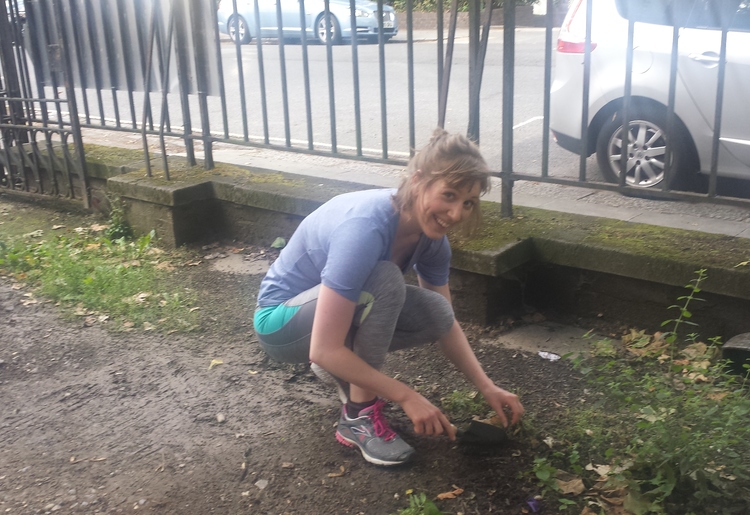 On a blue skied evening we met to have fun, do good and get fit! We welcomed Nia and Jess to their first GoodGym run, nice to meet you guys!

After waving off 'Team Butterfly' we did a few extra dynamic exercises to warm us up before heading off on our 1.5km run to the Home of Folk Music!

Cecil Sharp House is an amazing building and has fantastic garden areas. Due to local funding cuts the organisation now relies heavily on events like weddings to survive.

We arrived at the task to meet the gardener and taskowner Susannah, she explained we had three areas to tackle this month:

Everyone worked hard and fast with an array of cool tools and smashed through the clearing up! With seven minutes to go we all collected together to tackle the weedy car park. We cleared it all and it looks lovely! Well done!

We said our goodbyes to Susannah and with not much time to spare we headed to Primrose Hill but alas we couldn't tackle the hill this week with the time left, I could see disappointed faces!

So instead we decided to do a Camden (Indian) File, involving a steady running line with the person at the back sprinting to the front.

Eight of us headed up to Belsize Park this week - with Chris having mastered his 'no hills' route to the summit we headed out on a winding route that took us nicely off the main road and with no major hills!

We were faced with the task of continuing the clear up job from last week and armed with rake, a shovel, a fork and, of course, our hands we got to work after a quick rest! Using the shovel as a cutter was a popular technique as we cleared the majority of the larger foliage otherwise it was down to the ground to try to pull the smaller weeds up by hand. We spent a good half an hour and managed to clear up some large areas as well as uprooting a large rotted tree trunk (check the gif on twitter).

With the run back being downhill we went the usual route and whilst one of our party wouldn't stop whinging (apparently he's training for a marathon and his legs had gone) we had an enjoyable run back to base! We managed to encounter celebrity type, Dominic Cooper on our way back who very kindly let us cross a road before disappearing on his way in his 'modest' car (most of the group expected it to be fancier) and then we bumped into the Cecil Sharp House group and so we had a jolly run back to Somers Town together!

Both of the groups collected together and returned to base, followed by some lovely stretches.

Sign up for next week here, we are off to the Abbey Community Centre and we'll have another task confirmed soon.

Also, as promised here are the details to sign up to the Saturday mission at the Camden New Town Community Festival that Pritesh talked about!