3 runners ran to help the Birmingham Central Foodbank in Birmingham. 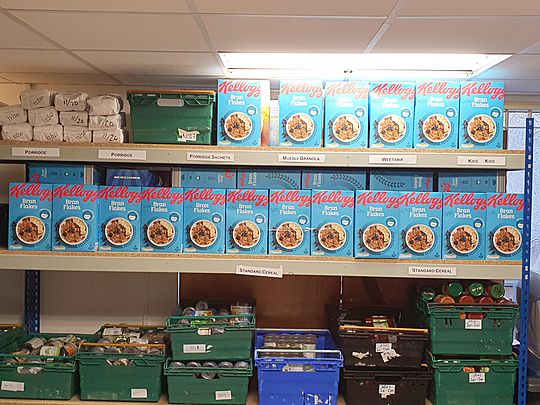 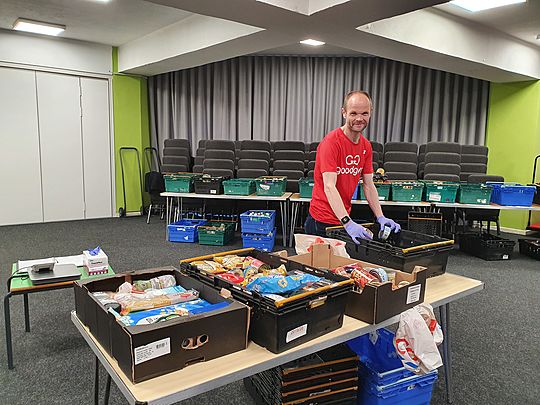 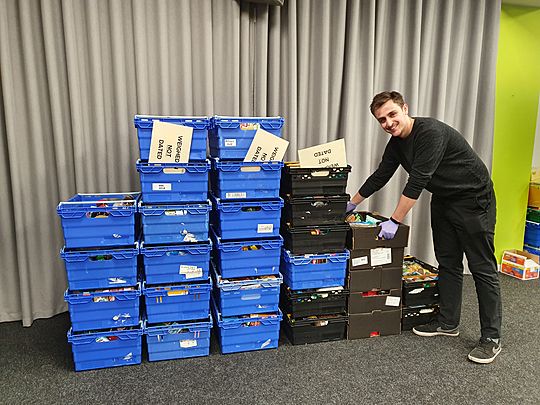 After last week's food sorting mission was cancelled by the foodbank myself, Ben and David were all raring to go.

I was running a little late (and I can't even blame it on the traffic this time), so by the time I got there Ben and David who are now both foodbank veterans had already started sorting.

The food had already been weighted so we didn't know where it was from but we all quickly noticed there were alot of 'miscellaneous' items this week ranging from Tahini, Paprika, Garam masala and even some chilli flakes to spice things up.

We quickly sorted all the food that had been left out for us and then moved onto dating and put away. David started putting dates on the soup whilst myself and Ben put away the biscuits and hot snacks in the back room. During which Ben raised an interesting question, why is it that noodles tend to have a shorter best before date whereas pasta seems to be alot longer? Does anyone know the answer?? This clearly very deep philosophical conversation then led onto a discussion about why best before dates on biscuits were so short.

Whilst in the back room we also discovered the huge stack of bran flakes, hence the title (courtesy of John!)