7 runners ran have an amazing time in Hammersmith and Fulham. 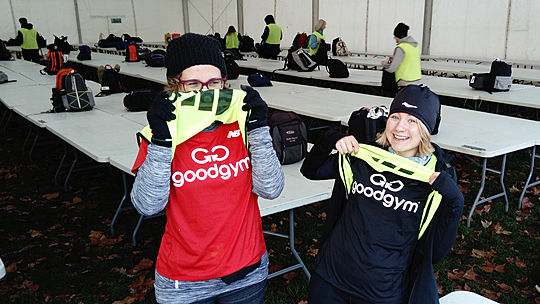 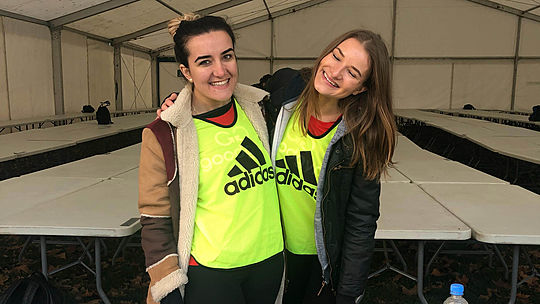 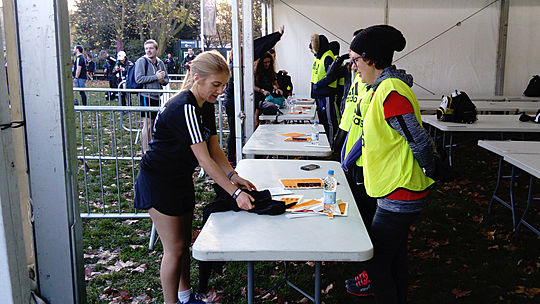 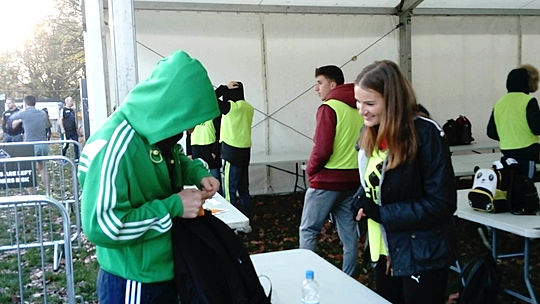 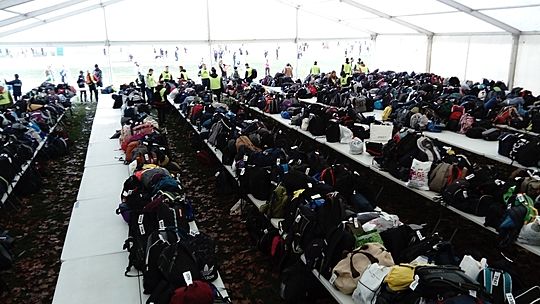 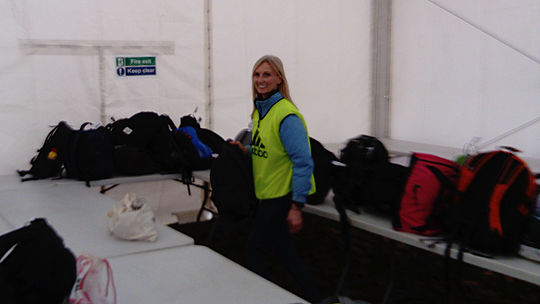 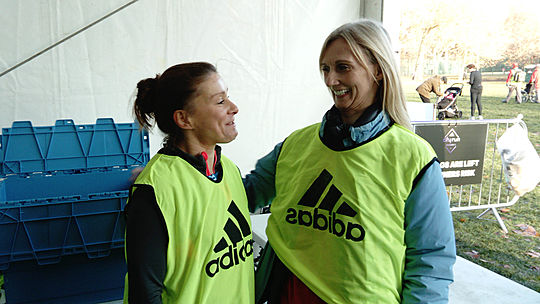 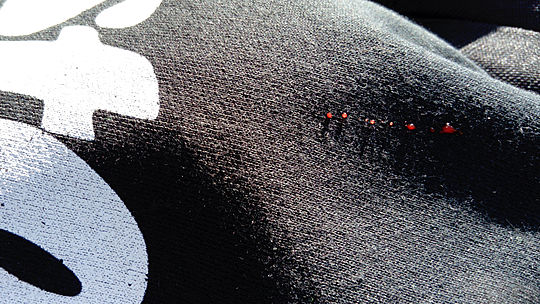 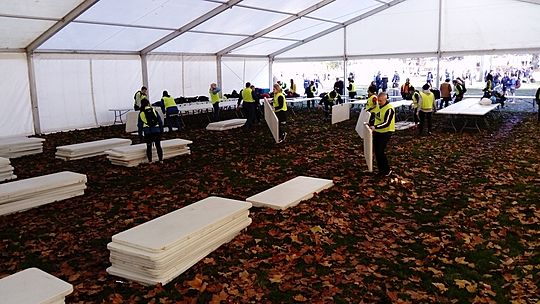 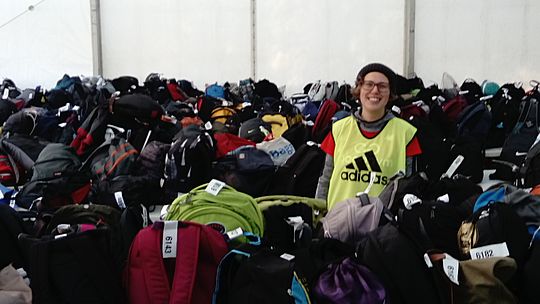 Eel Brook Common in Fulham was the setting for our Adidas City Runs volunteering this morning. Apparently the name isn’t anything to do with the slippery monstrous fish things, but is just 'hill’ spelled incorrectly. 🤨 Anyway, these so-called ‘hills’ can’t be that prominent as the Fulham 10K is purportedly London’s flattest 10K race on closed roads. The race was a sell-out, and we had plenty of GoodGym people competing this time, as well as volunteering.

All assigned on bag-check today, we volunteers were working supervised by our friend from before Annie, and this time joined also by Charley.

The weather was vastly more pleasant than at Shoreditch, but chilly nonetheless in the shade of the bag-check tent, so it was a welcome bit of activity as the trickle of competitors in-tents-ified to the usual rush, and we were moving as fast as we could whilst all muttering four-digit numbers to ourselves.

With the race begun and us left awaiting the second flurry of activity, we were joined by one of our GoodGym competitors who’d taken a spill at the start, so came over to spread some cheer (as well as a bit of blood) around, keeping us all company at the bag check.

With the race complete and the last of the bags returned, it transpired several of our volunteers had had the presence of mind to record what they’d been doing on GPS. Karen had taken 10,000 steps, and Juliet had covered 2,900 metres. Pretty decent ‘GoodGYM’ particularly since they’d also respectively cycled and run to get there.

After we were signed-off and bade farewell again to our people from CSM, we were treated to the usual clutch of medals and shirts - and then Clif bars from the welfare - particularly handy for Olivia who has a 45mile race on the books for a fortnights time.

Alongside GoodGym’s recent Community Mission and Group Run tasks with them at GoodGym Southwark, Toyin is working with Crisis again this year across the festive period at their Hackney day-centres, so will be able to put the generous amount of apparel we also took away with us to good use with them.

The City Runs for 2019 don’t have dates yet, but nevertheless let’s hope we’ll have GoodGym back both competing and volunteering again… no doubt we volunteers will be there redeeming the discounts we earned today 😋