Digging about at the South side

7 runners ran 5.4km to help their local community in Redbridge. 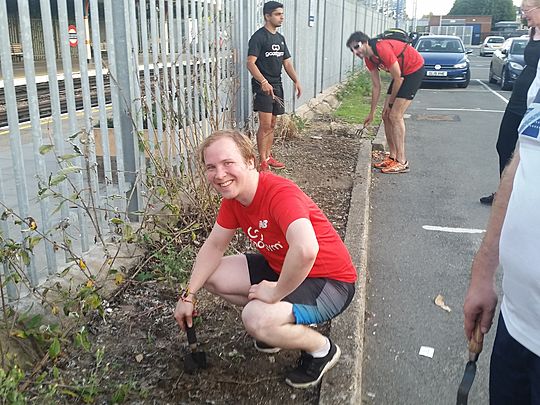 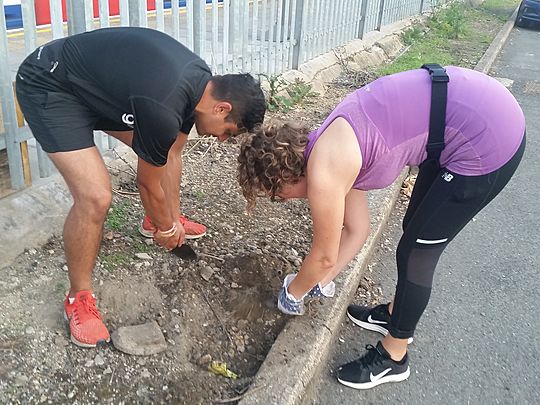 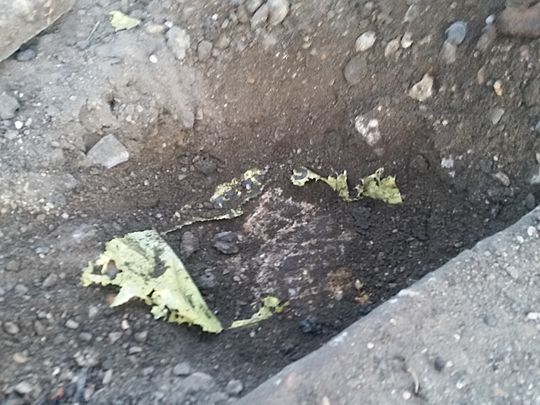 Besides some of the usual suspects, it was nice to see Ercole back and a pleasure welcoming Redbridge-regular-gone-international-do-gooder Stefania back to these shores.

A few weeks ago on a community mission we helped Energy Garden build & fill a couple of planters on the eastbound platform of South Woodford underground station. Tonight was a follow-up on that project - checking out the soil in the car park alongside the eastbound platform, with a view on expanding the work of Energy Garden. Initially it didn't look too promising, with pebbles & rocks & bits of concrete creating a harsh environment, where only the toughest of weeds seem to get any sort of foothold. But some energetic digging by James C & Dharmesh showed some potential - at least an inch of useable soil in most places. There was also a flipside to the digging around - a hidden bag of cement - or was it protection of something else? Either way, some more research might be needed before the next step, both to get an idea about possible use of weed killer as well as hidden surprises. A little chat with Marian might also give us some idea what kind of seeds to scatter around for the best effects in such poor soil.

So for a change, this is one with an open ending - likely to be continued at some point...

Next week James is back from his adventures at Mont Blanc - sign up on the right.