Bedding for the Door

3 GoodGymers made their way 1.3km to help the Barnsley Churches Drop-In Project in Barnsley. 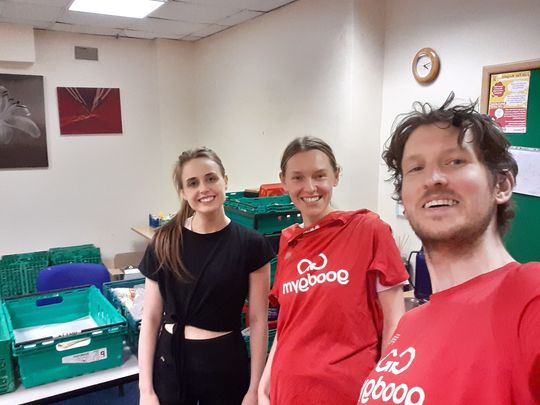 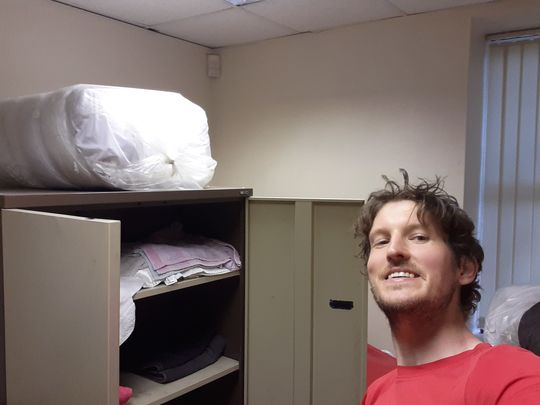 Tonight we headed to the Barnsley Churches Drop-in Project, a very short distance away from our start point. I think you can see the building we run to from Glasshouse, so it's hard to get too lost! When we arrived there was already a queue and the door was bolted shut. We shuffled to the front of the queue and did the secret knock to gain entry (just a normal knock with a shout that GoodGym has arrived).

Kirsty and Kate were fulfilling orders that were being relayed from the front door by Jack for what the people queuing wanted and required... tea, coffee, sausage rolls, chocolate, donuts, gloves and so on. Bagging up bits for each order... it was in the bag for the ladies. Some of the bread rolls (bread cakes, baps or buns depending on where you're from) had bits of mould on so we had to weed these out. We were on a roll on the third choc from the bun this evening! Donut stop us now! James was busy grinning whilst taking out linen to the people in the queue outside. Blankets, towels, flannels and sheets were very hastily snapped up, and that task was put to bed(ding).

After all of this was done, we said our goodbyes and headed off for our fitness session in the local park. We did the Bring Sally Up squatting challenge! We then stretched off, using the shelter for some newly learned raised leg stretches alongside the usual array and said our goodbyes.