13 runners ran 5.0km to help their local community in Westminster. 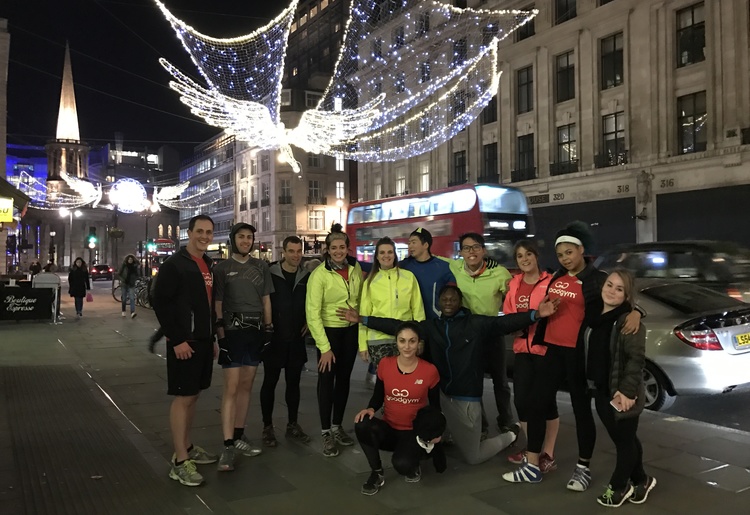 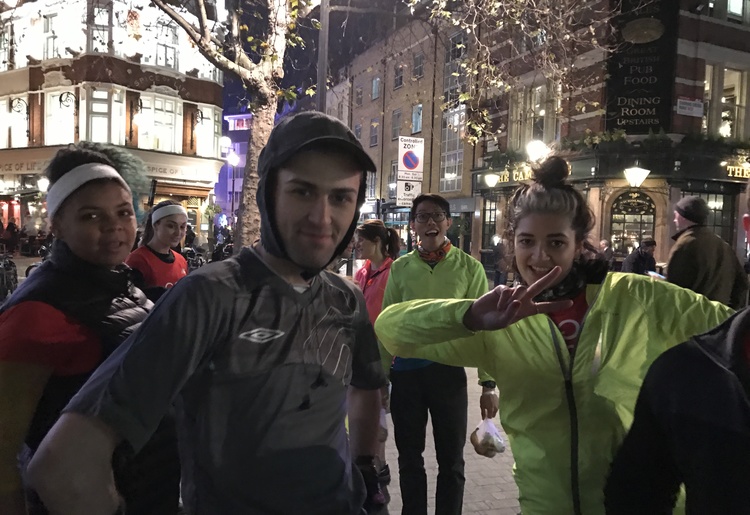 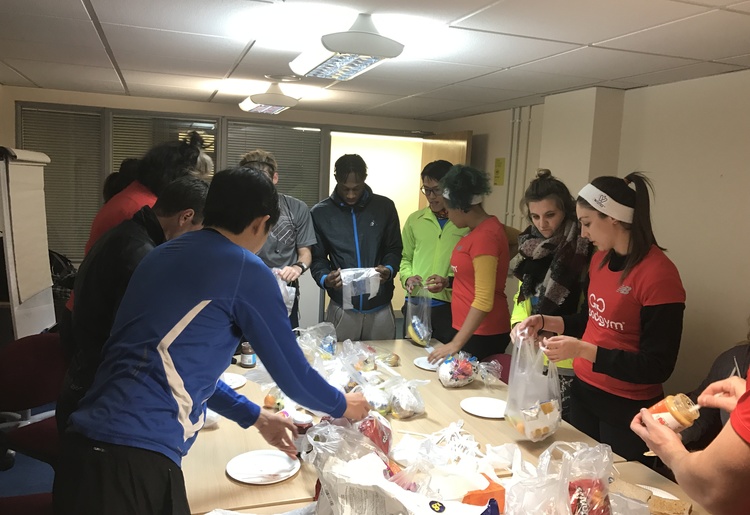 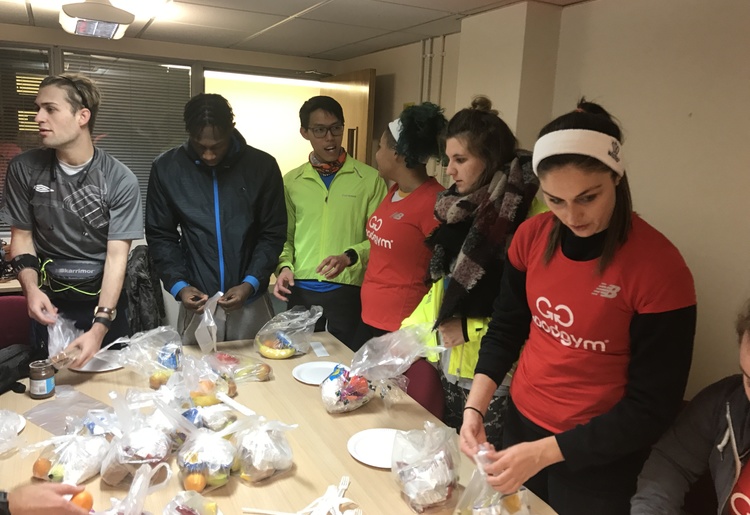 Meanwhile in Westminster 13 runners, 30 bags of food, 30 homeless people fed and a healthy 5k Today was my first GoodGym run. Going along to a new thing is always a bit daunting but what a friendly bunch good gym runners are and with 5 newbies in the same boat, conversation was flowing. A solid group of 13 peeps with some nice matching high-viz gear and at least 3 layers each, managed to organise ourselves into an efficient sandwich conveyor belt to create bags of food. This evening we were to run around central London stopping to give homeless people a food package each. Though it was cold, a run for 45 minutes is nothing compared to the sub-zero temperatures homeless people are facing right now. Zipping down side streets of London, and jostling through the crowds of Oxford Circus allowed some good breaks and developed my knowledge of roads other than the high street. But the main goal was to find and feed as many homeless people as possible. When we gave our small gifts of sandwiches, fruit and a chocolate treats away we received overwhelming thanks, excited faces and even looks of surprise at the generosity. I can’t really put into words my feelings but you could see how grateful these people were, how you brightened their day, through just a small gesture, the difference had been made. With the food all given away we started to head back to base but not without a detour run around Trafalgar square. Two quick ‘race’ laps upped our speed, not one of us anticipated the hill (small incline..) back up to our starting point and were sufficiently breathless and challenged. A gentle jog back to base and our task here was done. For me, GoodGym helped me achieve two goals. Supporting homeless people on the streets of London. Running around London evenings in the dark (the treadmill really is boring now) 10/10 and yes, I’ve already recommended to a friend.