All Presents and Correct!

3 runners ran to help the Prospect Hospice in Swindon. 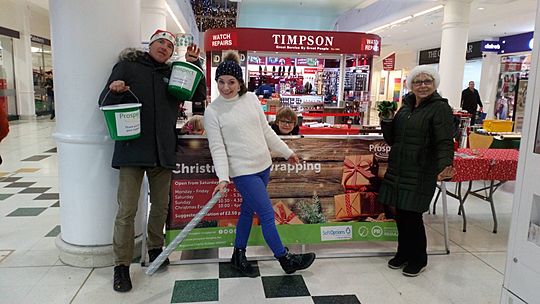 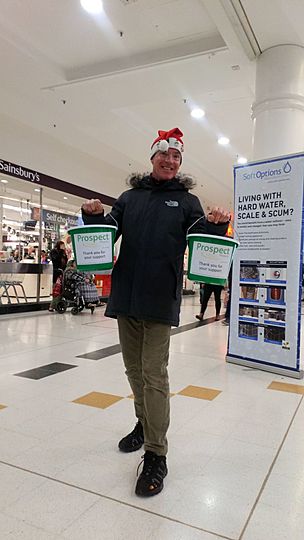 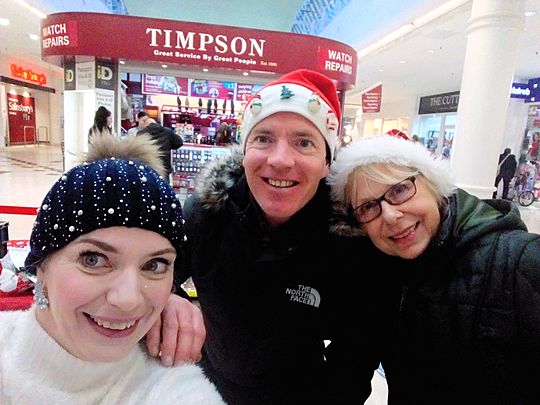 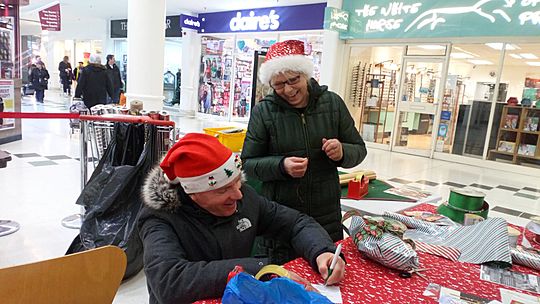 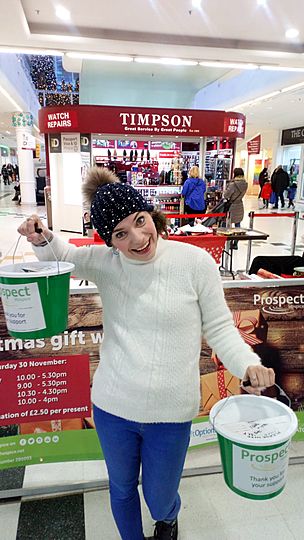 Our weekend mission was to “takeover” the gift wrapping stand in the Swindon Brunel Shopping Centre to raise money for Prospect Hospice.

You can read all about Part One in our separate report. Part Two of our epic all day Community Mission, 9 hours in total (!), started during the lunchtime hurry flurry. The afternoon dream team were Safety First Simon, Tracey, and Sue who took part in her first Community Mission and had stepped in to save the day at the last minute. Tracey arrived just in time to take the reins from Jo who was mid-way through wrapping a pair of slippers – a popular choice of gift this year! And from that point we were rushed off our feet for a couple of hours. Some customers had so many gifts that all three of us had to help out.

We wrapped all sorts of gifts – big and small ones, single gifts and piles of gifts, easy shapes and more tricky ones. Some wanted elaborate bows, others curly ribbon. There is a certain amount of pressure wrapping gifts for donations quick-speed with expectant eyes watching as you battle with folds, and tape, and glitter! Simon was feeling a tad under pressure being watched by no less than his mother in law, and then wife Emma The Trainer and children who had turned up to cheer us on! Did we mention that Sue is also Simon’s mother in law and had spent her weekend visit to Swindon helping out Goodgym. Our hero!

We helped people choose paper and ribbons, removed price tags, wrote Secret Santa labels so as not reveal the giver, and even wrapped a birthday gift in the least Christmassy paper we could find! After a couple of hours there was chance for a short break. We think everyone else must have been having afternoon tea! Not wanting to miss out and to warm us up from the artic conditions, Sue popped off in search of hot drinks. Meanwhile, Simon seemed to enjoy flipping his Santa hat about his head, much like you would with long hair, as he declared that it had been a long time since he had been able to do that!

One of our favourite bits of the task is chatting to donators about the gifts they’d bought and their connections with Prospect Hospice. One lady was a patient of the hospice herself. And there was a lovely dad who was explaining to the children why they were getting gifts wrapped as it was important to support the hospice, before one of the children pointed out that it was also because Dad was rubbish at wrapping!

We also helped answer questions from passers-by such as:

We made an ace team. Sue had a natural flair for the bows and the chatting, Simon turned out to be a real charmer too and had mastered the hexagonal box by the end of the day. Those customers seemed to just know that he was a dab hand at a six-sided gift. And Tracey was noted for speed and educating customers on the art of the wrap so they could go home and pretend they’d done it themselves - all part of the service!

It’s another Christmassy task on Tuesday for our last group run of the year. If you want to start your ‘doing good while getting fit’ New Year’s resolutions early so you can feel all smug about it, come along and join us! We’re off to Gateway Church in Eastleigh to help sort toys for Good News 4 Swindon’s Christmas Toy appeal. We will be sorting toys ready for distribution to families in need. It’s a 6k run there and back, in total. Sign up here. A lovely way to end our Goodgym Year!

It was great seeing you all on Saturday! The children loved ‘helping out’. Thanks for writing this brilliant report Tracey! 🎁

I just spotted the kids photo-bombing in one of the pics. LOL! :)

Tracey C
Trying my best to do my bit :)

Spring Cleaning in the Winter at Toothill Farmhouse!