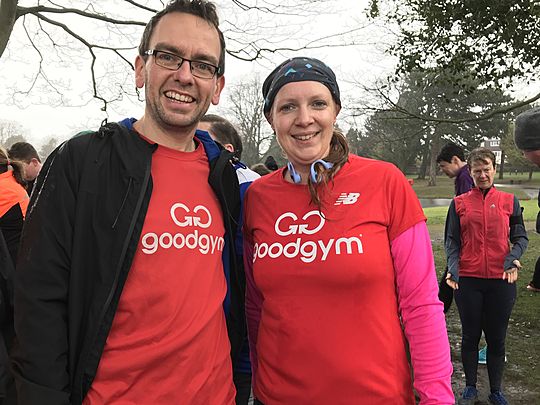 I began the day checking to see whether a cancellation notice had come through, as Perry Hall parkrun was off the previous week due to Storm Dennis, and the River Tame had burst to flood the park for most of the week.

Thankfully it was quite pleasant as I set up the course with Mark, a regular parkrunner at Perry Hall. It was a bit windy, which is situation normal in this exposed park, so we had to put out the minimum of cones to reduce the chances of everything getting blown away.

But as we were finishing, it really turned, as we turned into a massive headwind, pushing us back and rearranging our hair as the rain began to join in. We started to rue our confidence in the good running weather we had talked about as we got back to the start line and everyone was saying “I’m here now even though I’m tempted to go straight home”.

As the parkrun began, Elizabeth took part as I got serious run envy as I headed home to take my kids out to a party.