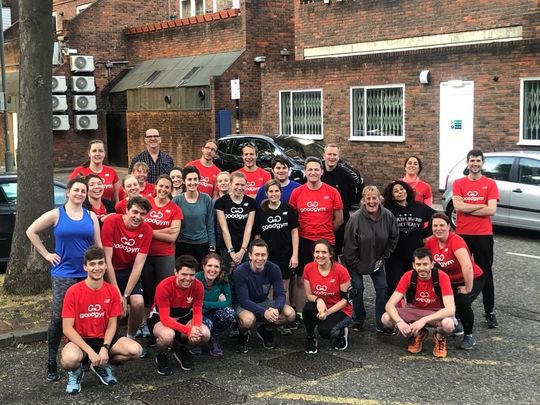 Crack the clues to cover 7km in Wandsworth

Solve the six clues to take you on a running (or walking) route around Battersea/Clapham featuring lots of interesting historical places!

Take a picture at each point and whatsapp or email me with them before the end of the weekend so I can put together a lovely run report. Remember to follow the government guidelines on distancing and exercise and keep safe. Let me know if you have any questions on ana@goodgym.org or 07786231424.

You have until Sunday evening to complete the challenge! Here are the clues:

Clue 1: At almost 130 years old, the former Battersea Town Hall is a listed building that survived a devastating fire

Clue 2: Mary Tealby originally established this furry refuge in north London before moving down to Battersea. David Gandy, Paul O'Grady and Tom Hardy are all ambassadors at this safe place for (wo)man's best friend.

Clue 3: This beautiful Battersea structure was built by monks and nuns who believed 'Civilisation is not to kill human beings, not to destroy things, nor make war; civilisation is to hold mutual affection and to respect one another.' It represents the life of Buddha and is looked after by Reverend Gyoro Nagase.

Clue 4: The oldest church in Battersea, this was where William Blake got married and Turner painted his iconic views of the Thames from the vestry window.

Clue 5: Battersea is famous for being the biggest producer of asparagus in the UK in the 1800s - they were known as Battersea Bundles. But can you find its namesake pub?