What does volunteering mean to you?

Why doing good keeps us running time and time again

To mark Volunteer's Week 2018, a few of us wanted to share the reasons why we keep running to do good deeds each week.

From helping an older person to return home from hospital, to giving us the motivation to keep fit when we didn't really enjoy running, we each get something great out of this experience.

Paul has been running with GoodGym Wandsworth since 2017. He regularly heads out on a mission run - a one-off task to help an older person at home - because of the impact that half an hour can make on an older persons life. 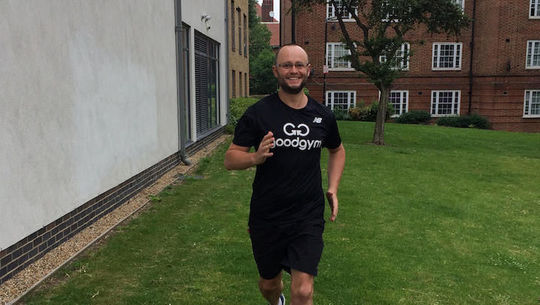 Volunteering can be as rewarding for you as it is for the individual, charity or organisation that you are helping.

Since I started running with GoodGym I’ve mainly stayed running missions because I can feel the impact that donating a couple of hours of my time each week can have - you can really see the changes that one person can make in a short space of time.

My favourite mission has to be helping Mrs R clear her garden. We were warmly greeted upon arrival. On a table was a photo of what the garden pathway had looked at in its prime. A somewhat apologetic Mrs R said she would be grateful for anything we could do as she was no longer able to tend to the garden herself anymore. This fired me up and made me determined to bring the garden back to former glories! The thanks and appreciation which I received at the end of the task (along with the smile on Mrs R’s face) made me see it was time well spent.

It’s moments like these that make you realise the difference that myself and all the other GoodGym runners can have on peoples lives in a short space of time.

Ella didn't really enjoy running when she started out, but the motivation to do something good in her community and volunteer her time has kept her running with GoodGym Wandsworth. She's now reached 50 good deeds - pretty impressive for someone who doesn't enjoy running so much.

I've never been much of a runner. It's not something that comes naturally to me, and because I wasn't good at it I found it really hard to keep going. I started GoodGym because I was feeling really unmotivated - but now it's 50 runs later and I haven't looked back!

Suddenly running wasn't a chore but a chance to spend time with really fantastic people and do something good at the same time. My favourite task was at Harding House - a residential home for deaf people with learning difficulties. The garden needed a lot of work, but between 40 runners it was transformed in no time. It was a really cold January evening but it was so worth it.

This year Mara set herself a challenge to raise as much money as she could ahead of the London Marathon. For her, the group run tasks with GoodGym Kings College made her training count even more, giving something extra back to the community. Alyx shared a few reasons to celebrate her achievements.

Mara has always done a lot of fundraising for charities, and gets sponsored to cut her hair every year, and donates the proceeds to a different charity that supports cancer. This year she accidently got a place in the London Marathon and it took her fundraising to a whole new level.

She raised over £1400 for Teenage Cancer Trust and helped out lots of community organisations during her training.

Mara joined GoodGym in January and did 8 good deeds as part of her training for the marathon in April. She helped move planters at Oasis Farm Waterloo, a small urban farm who do lots of great work with local schools to get kids thinking about their well-being and helped take down the Christmas decorations at Blackfriars Settlement, a community centre who organise workshops, events and courses for local residents.

Danny started running with GoodGym Brent in February this year. He's already passed the 50 good deed mark and has set himself a challenge to do as many good deeds as he can. For him, using his time to help someone return home from hospital makes all the difference. 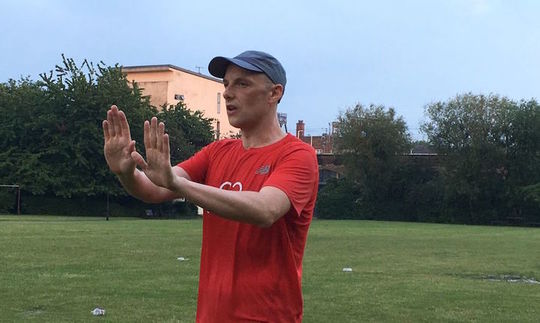 Volunteering is something which I'd only just started to consider when I found out about GoodGym. It was just luck that a flyer should come through the door and I'm glad that it did. What appealed initially was the efficiency of time and energy, but as soon as you get started you learn there’s far more that’s great about it.

A regular mission task is helping prepare someones home so that they can come out of hospital. While you don’t always meet the person themselves on these tasks, it's easy to imagine the difference it would make to them to be back at home when they're not well. Because this often coincides with a change in their circumstances or capabilities, it's also a good opportunity to meet their family and friends and let them know how GoodGym might be able to help out in the future.