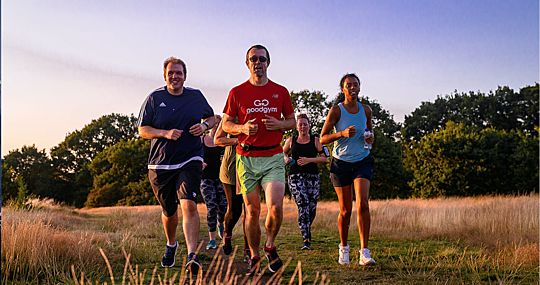 "We are unified by the ethos that underlies GoodGym"

Nick has been a member of GoodGym since July 2017. Since then, he has been a walk leader for GoodGym Worthing, leading alternative walking groups on group runs to ensure that no-one gets left behind. Here he tells us about his experience with other walkers in the South of England.

As a runner and walker for more decades than I’m like to admit, I appreciate the benefits that exercise can bring. However, GoodGym takes this to another level combining physical activity with helping others and communities – it’s all part of the “GG magic”.

I’ve been involved with GoodGym Worthing since it launched two and a half years ago. We meet on Monday evenings and are a group of very mixed backgrounds, fitness levels and ages but unified by the ethos that underlies GoodGym . Over time we’ve bonded into a group that is more than a bunch of people who met, run to a task, do the task and then run back. This is due to the inspirational GoodGym leader Julia (my wife) who is a zen master at welcoming, including and involving everyone, whatever their abilities, so we all have fun. That’s not to say Julia doesn’t make us work hard – oh no, far from it. But the fact that people return week after week speaks for itself. Not everyone can come every week as we’re all busy juggling work, child care and other commitments – that’s the reality.

Everyone keeps in touch through a very active WhatsApp group even if they have to take a time out being away. It’s our own community and support network of friends who socialise and take every opportunity to devour a post-run cake and drink, and then eagerly look forward to the weekly pun filled report. Each week the group are tasked with coming up with the more ridiculous headline describing the task – we’ve come out with some crackers, just have a look at the Worthing reports. 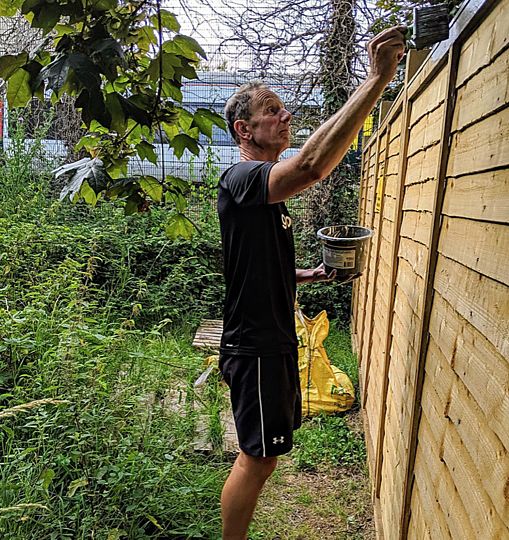 When GoodGym Worthing first launched it attracted a range of speedy gazelles and more steady runners. Over time there were new people who asked about the GoodGym activities but were nervous that they wouldn’t be able to keep up. So Julia asked me come along and use my local knowledge of the roads, footpaths and twitterns (a Sussex word for alleyways) of Worthing to guide a group of walkers.

Initially, there was Belinda who was getting back into exercise and an aspiring parkrunner. She then inspired her husband John to give it a go and since then he’s hardly missed a week. Then there was Barbara who also was a j’alker (run/walkers) and an experienced walker in the past. Paula followed, and although a regular exerciser was struggling with a hip injury but wanted to get involved. I shouldn’t forget our ultra-runner Jill who after a long run at the weekend occasionally walks with the group on a Monday to stretch her weary legs out.

In my experience I always like to meet “born again exercisers” and help them achieve their very best. The GoodGym walkers are a great bunch of people who have rediscovered their passion for exercise. There is no doubt that at times they have found it tough going – but the most important thing they are is still coming, doing their best and being supported and spurred on by everyone at GoodGym . To have an option to walk means GoodGym becomes more accessible to anyone who wants to get involved in their community without the pressure of running. It has definitely made a difference with many of the walkers posting lifetime best times this year at Worthing parkrun. They all now have their sights set on even more challenging targets and I’m sure they’ll smash these with the help of Worthing GoodGym .

There are many walkers out there. We know that the most difficult step on the fitness journey is always the first. However, GG walking groups are an ideal way to start off and I’d encourage anyone to give it a go.