The GoodGym Olympics '18 was an absolute scorcher

Forget the World Cup - on Saturday 30th June the biggest sporting date of the year went off with a bang at Parliament Hill athletics track. The GoodGym Olympics did not disappoint.

Anticipation was high for the second ever GoodGym Olympics. And it was set to be another scorcher: Tom Benson, the Olympic mastermind and all round GoodGym legend, had put in hours and hours of preparation for the day, and with the help of the whole Benson family and friends, everything was set. 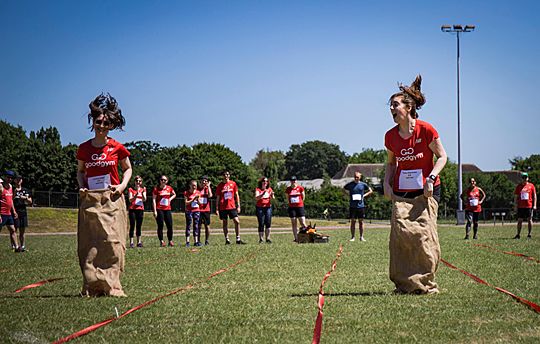 Graham Atkins (famous for stretching in unusual places) led the torch run from GoodGym central at Somerset House, all the way to Parliament Hill track to officially kick off the event. Cheers roared as they completed their 8km, before the races had even started.

First up, one of the most hotly contested events: the sack race. Andy had it in the bag and secured first place. One event down, and no injuries so far. Joel Wiles’ mini-athletes of the future were on hand to give out the winning saucepans. 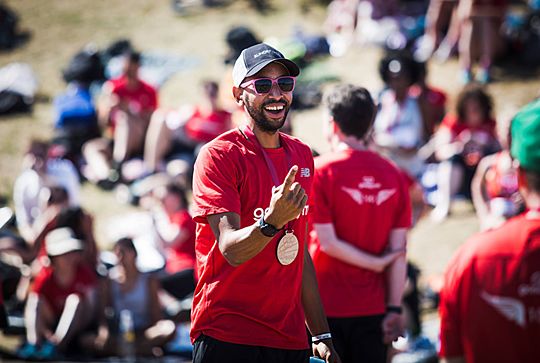 Next up, the sprints

For the boys, George Bright from Lambeth and Daniel Green from Wandsworth were unstoppable forces on the track. The women were on fire too. Helena from Brighton won the ladies 100m and Stephanie from Croydon won the 200m. 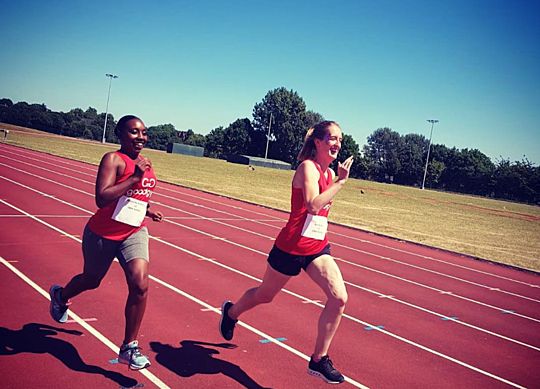 Another highlight was the 5,000m. Kudos to everyone who endured the twelve and a half lap race in the baking sun, and in true GoodGym spirit, the cheering was non-stop for every lap. As Jody Lauren crossed the finish, everyone created a human arch for her to run through, with relief and joy on her face. 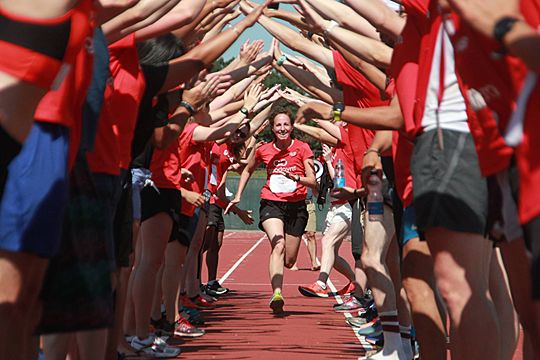 And the track wasn’t the only place to witness GoodGym heroics.

After coming 4th in the egg and spoon last year, tantalisingly close to a podium position, Jessie’s sights were set high on taking home the gold – victory! She was unable to comment on whether or not she’d spent the entire year practising. And while we’re on the subject of serious events, Dom described winning the three-legged race as an ‘awe inspiring moment for Croydon.’

Sylvie from Lambeth was hands on in the massage tent for the weary runners, another brilliant example of GoodGym runners helping out in any way possible. Steph Turner and Sarah Kerry-Barnard were in charge of the Bake Off tent. Ian Bown from Colchester had people queuing for his chocolate banana bread and Conroy’s Lewisham crown elegantly carved from a melon (Canary) was the king of the veg competition.

The final relay embodied the GoodGym motto, ‘nobody is left behind’.

Each team accumulating pairs of runners to form a human chain of 8 people connected via ribbon, velcro and any limbs going and complete a lap of the track (without falling over)! 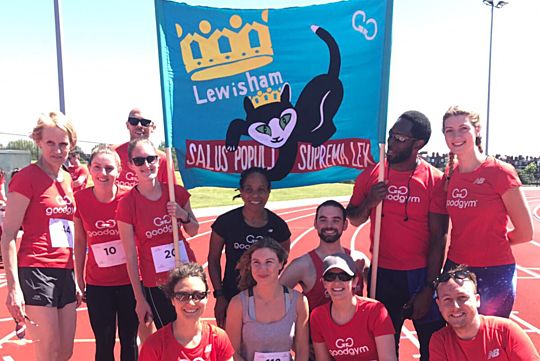 And it’s not just the winners that take the spoils from the GoodGym Olympics - everyone who took part received their lovely 2018 wooden medals, which were designed by Dan Benson, created by Will Dowsett and sanded by Tom B and Bryon Chan.

The final results were in

Greenwich were delighted to win the first ever Hunter-Sidue Trophy, and Lambeth absolutely smashed ahead of Camden and Wandsworth to take home this year’s Kerry-Barnard Cup.

‘I’m so delighted!’ said Lambeth’s glorious leader Katie Welford. ‘Last year we didn’t place with Lambeth and that was a sad occasion. It’s been super lovely, we’ve had loads of new people over the last few months and everyone’s really come together and worked really hard, and we’ve walked away victorious! I don’t think I can claim much except for being very good at bossing people into turning up, and the GoodGym relay of course.’

Open to all of the UK, the winners of the fast 1km event were also announced, with Matt Garnett taking fastest male and Susan Gillie from Shefflied was the fastest woman. 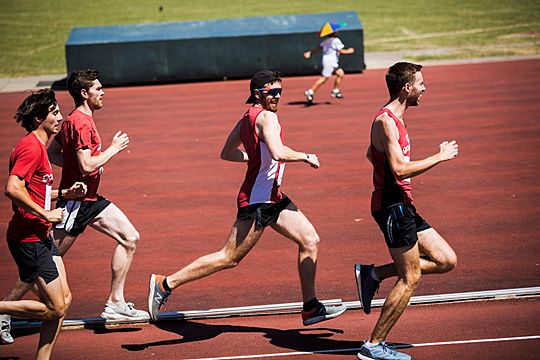 It was a long day in the sun that was tiring enough for those of us who spent most of it planted firmly on the incline of the spectators grassy verge. But someone was actually in charge here, and made it to the end with himself and all his devoted GoodGym Olympians in one piece. 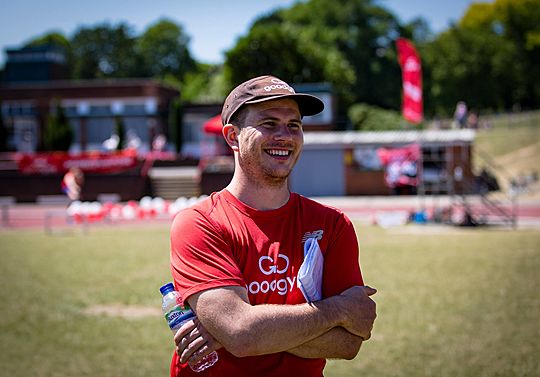 After the trophy ceremony we accosted Tom Benson to get his reflections on the great occasion:

‘I’m really pleased, it’s been amazing. You do these things and you hope people turn up and some volunteers will help, but people have gone beyond. You rely on people, and it’s been brilliant. It’s been great to watch so many good runners and so many good things, it’s what you want when GoodGym get together.

‘I enjoyed the 800m - I ran that! The 4x100m was really cool, that was good to watch. I really liked the 5,000m, because it was quite a hard run, and the tunnel at the end was really quite special, that’s my favourite really.’

Same again next year then Tom?

‘Yeah, hopefully so! If people want to do it, I’m keen, a sports day is a great idea and if people are up for it I’m more than happy.’

And last but not least after a day full of sport and sun it was off to the pub, where a few pints turned into a few more and a lot of happy GoodGymmers!

Want more from the action