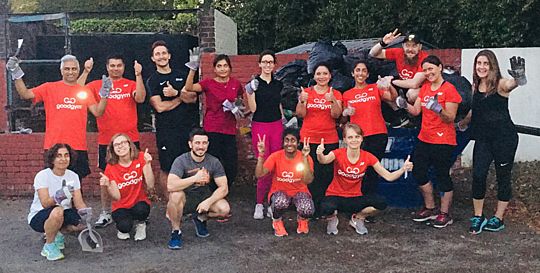 These New Balance shoes were made for walking

Reflecting on the introduction of walking groups to GoodGym

Since the introduction of the walking groups in October, there have been over 100 walkable Group Runs, making GoodGym more accessible. In this story we spoke with walk leaders Joanne, Nick and Charlotte about their experiences and investigated why the walking option is becoming so popular.

Joanne has currently led four walking groups and loves being part of GoodGym Portsmouth, but is currently unable to do any impact sports, therefore thought the walk leader opportunity was perfect for her. The walking option allows Joanne to attend group runs and meet new members who are more afraid to run, but are comfortable with walking. Joanne loves the fact that this opens up GoodGym up to more new members who would prefer a walking option rather than running. This could be either through injury, illness or just confidence and a great way to get new members started and then hopefully they can progress through to group runs. 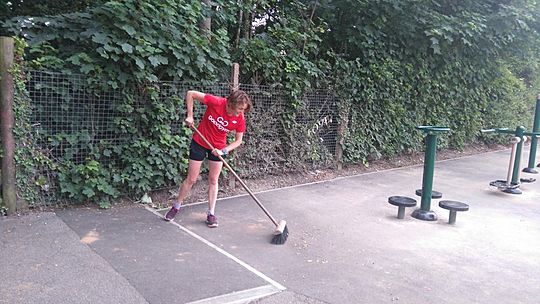 (Photo of Joanne, at a Group Task in Portsmouth)

Nick was very passionate about how great the walking group option is, especially for learning disability members because it enables them integrate more into the group socially. Some of the tasks are so close to where the start location is it makes sense to have a walking option as well. 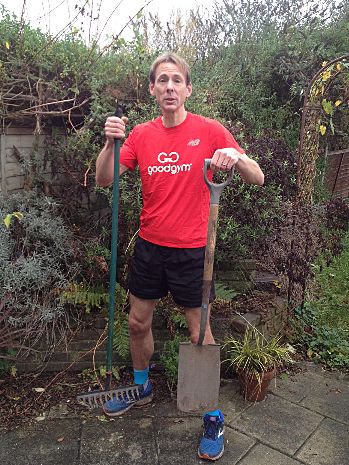 It's great that more people of all backgrounds and abilities can now be involved.

Joanne loves both the running and walking groups, but likes that the walking group allows members who may not be feeling well enough to run to still participate and ‘get some form of exercise and fresh air’.

For Joanne it allows her to still be an active member of GoodGym Portsmouth and provides her with a great opportunity to meet new people and give something back to the group. The walking options provides a new way to participate and do good, but also allow people to see what the Group Runs are like and hopefully encourage them to use that as a goal to get running.

Joannes favourite thing about the walking group is when they leave slightly early before the running group and then watch them all flock past them on the way to the task. ''It’s great to see everyone in their red t-shirts having so much fun''. Similarly, The Bexley Trainer Tim Dixson, likes to have a little bit of healthy competition between the runners and walkers as to which group can get to the task first. Currently, the power walkers are winning so the runners need to run quicker! 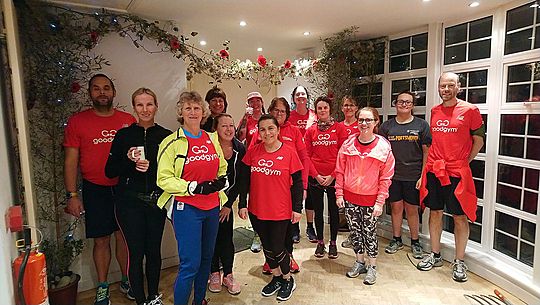 For GoodGym runner Charlotte, being a walk leader has enabled her to feel included whilst living with an 'invisible condition'. Charlotte is still able to run and has completed three marathons and multiple group runs, but where possible still enjoys being a walk leader as she feels it opens up opportunities for all to participate in doing good deeds througbout the year. Its also important to her to make it accessible to others as possible.

I have Osteogenesis Imperfecta (Brittle Bone Disease) a rare genetic condition which means I can be prone to fractures. It is a condition that can be invisible to others as I look like everyone else. I therefore know how important it is for others to feel included.

Charlotte likes the walking option as it means that everyone can choose to walk, and makes it easier for those to participate, for example those who may have an injury, health condition or whoever might want to enjoy a sociable walk with others after a stressful day. 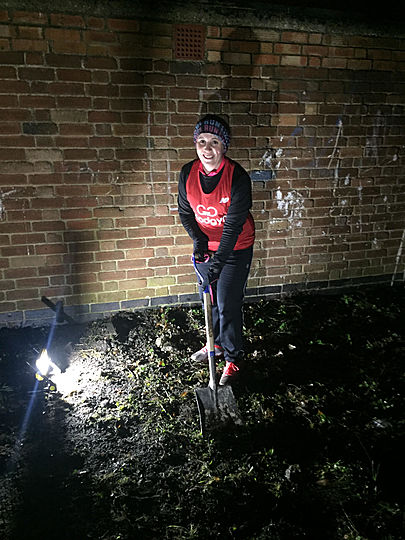 (Charlotte on a gardening mission at GoodGym Newcastle.)

It is great to see how the walking option has continued to grow in popularity and allowed GoodGym to become more accessible to a variety of abilities.