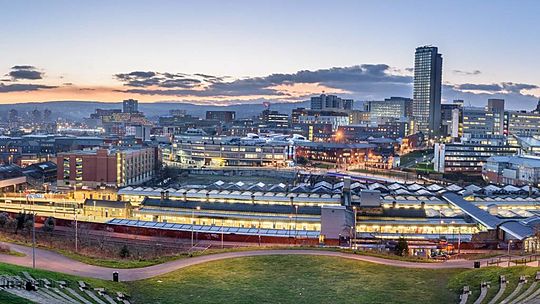 Helen's experience at the Sheffield Half Marathon

This month we are asking runners to tell us their stories on how they are going further. This month, Helen Alford ran the Sheffield Half Marathon with GoodGym. Here she tells us how it went on the day.

I actually enjoyed the Sheffield Half Marathon this year. Yes, enjoyed. Although I have to say there were a couple of moments where I seriously questioned why I’d signed up again.

In the lead up to the race, a group of GoodGym runners ran parts the course every Thursday evening. These recces were great social events - we could all chat about the race and our strategies - but they also helped me to build up my confidence on parts of the route I wasn't very sure about. Running with other GoodGym members always makes training a lot easier. 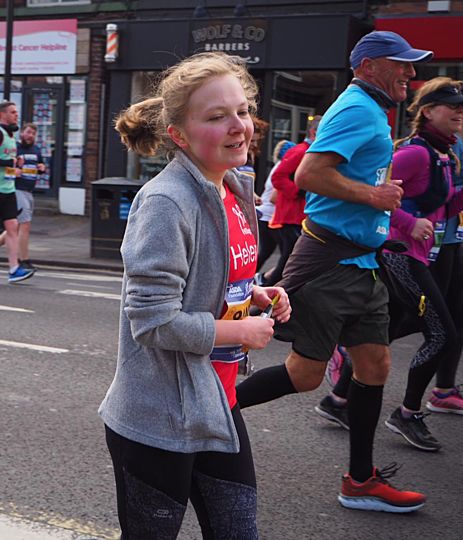 Ringinglow Road, namely. Around four miles into the route, having already just climbed up another massive Sheffield hill, the ‘King of the Hill’ segment of the race loomed in front of me. Not necessarily that steep, but cruelly undulating and a mile long – I had to stop and walk with my fellow GoodGym runner Caroline, but luckily wasn’t taken over by two runners dressed as a camel like last year. That was a low moment!

The support along the entire route was incredible

Having reached the summit of the hill, we were applauded by a large group of supporters who had taken up residence in the (conveniently placed, for them) pub car park. With supporters on one side and a well-staffed water and gel station of the other, the noise was a welcome change from the quiet & heavy breathing of Ringinglow! 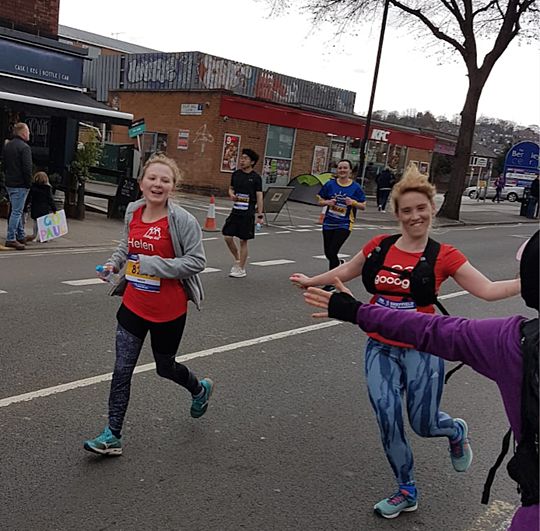 The support along the entire route was incredible – Sheffield really knows how to boost a runner’s mood. From kids holding out jelly babies or power up signs, to elderly people sitting having a cup of tea on their lawns, to families shouting out names as people passed them by – there wasn’t a single part of the route that didn’t keep me buoyed up.

There wasn’t a single part of the route that didn’t keep me buoyed up.

What goes up must come down – and the downhill segment of the route seemed to be a lot easier! My knees did protest the next day, though. Knowing we were on the home stretch gave me a little extra boost. At around 12 miles, somebody did throw an egg onto the road (or at runners, we weren’t sure which). Normally would have provoked a bit of a reaction, but in this case the incident was just laughed off. It didn’t hit us, so…? The egg was just to become one of many small anecdotes told in the pub afterwards.

The final 800m or so of the race is on a slight incline. Quite naughty of the organisers. Having promised a friend I’d do a sprint finish, a final bit of effort was required, so I hung back until I heard the announcer call my name than legged it across the line. The winter training I’d put in had paid off, as I got a PB!

The winter training I’d put in had paid off, as I got a PB!

Of course, crossing the finish line is the best moment of all in a race, but the entire thing is enjoyable, especially when you’re remembering it rather than running! I am pretty pleased with how my second half marathon played out, and will absolutely be doing another one in the future! Maybe one with less hills, though.