The five-month journey to the marathon start line

The story of Remy's first marathon

This weekend GoodGym Hounslow runner Remy Maisel will take on her first marathon. Here's her story of how, and why, she's heading to the startline of the Sparkasse Marathon.

Four days after the London marathon, I sent my GoodGym Hounslow trainer Ana a brief email asking her if I would be crazy to register for my first marathon:

Even though I’d always told myself I would never make the jump from half marathons to full marathons, I had been doing a little window shopping for races. A list of good marathons for first-time marathoners turned up a really appealing one: the Sparkasse 3-Länder-Marathon, or three-country marathon, starting in Austria and running through Germany and Switzerland.

Despite the general associations most people have with these countries, the website claimed this race is flat. Google Earth showed a big lake near the borders of these countries, making it seem possible that that could be true. 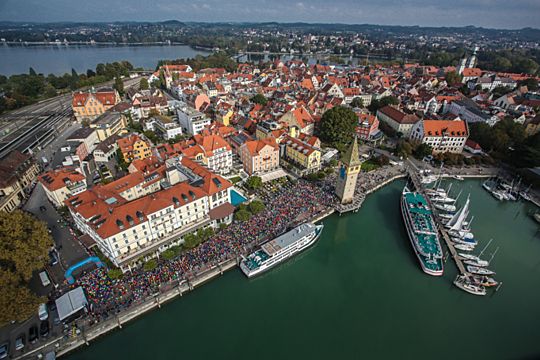 The marathon’s logo was a cute stick figure made of a combination of all three countries’ flags. I’d never been to Germany or Switzerland. I probably wasn’t going to run a marathon, but I emailed the link to Ana anyway, just to see what she thought.

Ana responded straightaway, with great enthusiasm, saying of course I could do it.

all the reasons I couldn't"

I replied with all the reasons I couldn’t. In 2017 I ran 24 half marathons injury-free, but I was unlucky in 2018, starting the year off with a bad illness that stopped me from running for a few weeks. Being able to run those distances again at all was a huge challenge, and I still haven’t been able to run them as fast as I did last year.

Ana negotiated with me. How about I just start small - do a parkrun that weekend? Before I knew it, I’d registered for the marathon, and run that first parkrun, and received an email from Ana entitled ‘Your Training Plan’. It had long runs of 22 miles in it, which were abstract to me in the same way £1,000,000 is abstract to me - Monopoly miles.

The first half marathon I ran since I got sick was the Swansea Half Marathon. I ran it last year, too. I don’t remember my exact time, but I do know I ran it almost an hour faster than I did this year. Last year I ran it alone. But this year, my friend Andy from GoodGym Hounslow was there with me. And I know crossing the finish line meant more this year. 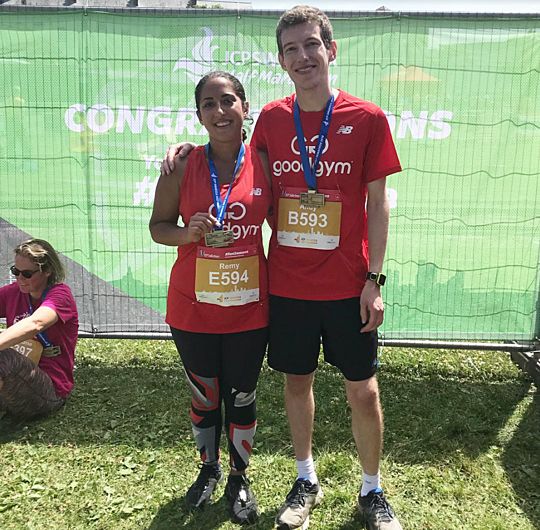 Me and Andy after the Swansea Half Marathon, 2018

After that half marathon and a couple more for good luck, I told Andy and Michelle I had no idea how I was going to break the physical and mental barrier of 13.1 miles for the first time, and they ran 15 miles with me on a hot Sunday. We ran from Bermondsey along the river all the way home to Chiswick, ending with fish and chips at The Bell and Crown. I couldn’t believe that not only had I done it, but they had done it too, just to support me.

there’s a reason that people use it as a metaphor!"

This is the biggest mental and emotional physical challenge and there’s a reason that people use it as a metaphor! I’ve run those 22 miles now (though unfortunately I haven’t spent £1 million), so it’s now very real to me. I know that at the end my legs tremble and my brain doesn’t quite work properly and paradoxically I don’t want to eat anything afterwards - I just want to lie down. 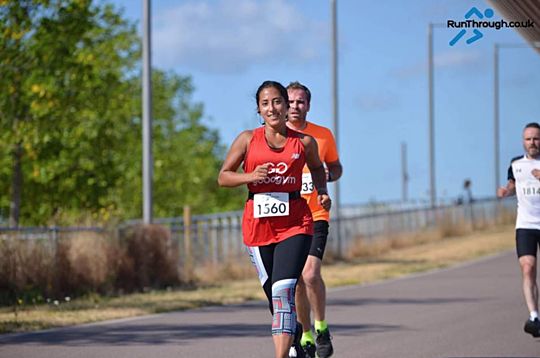 Photo from the Lee Valley VeloPark Half Marathon, 2018 - courtesy of RunThrough

Fortunately, Ana was there to respond to my hysterical text messages when I thought that 22-mile run was a disaster - a sign that I would never be able to push through the last 4.2 miles. ‘This is the biggest mental and emotional physical challenge and there’s a reason that people use it as a metaphor!’ Ana reminded me.

So I finally booked a flight to Zurich and a train to Bregenz and asked a friend to come along - a nonrefundable ticket and a witness. I’ve taken tentative steps toward this goal, even though I was all in the moment I saw the 3-country marathon on that list.

Remy completed the Marathon in under her target time. 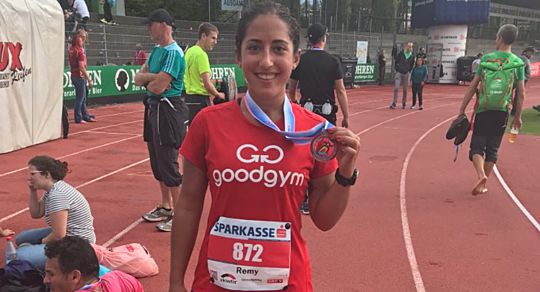