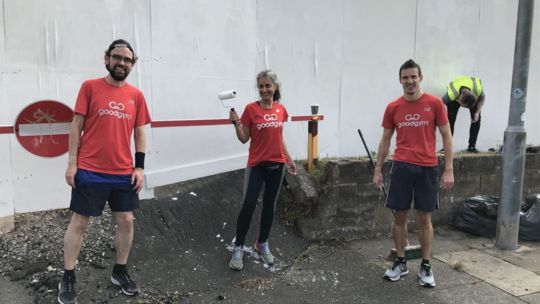 The commonality of doing good

This month we are focusing on how community missions can help you to feel stronger, fitter, and better connected. Rebecca Clarke, GoodGym's communications manager, spoke to Nurjehan from GoodGym Haringey to find out a little more about her experience.

Nurjehan has been a part of GoodGym Haringey since 2018, after she found out about the group through her neighbour in the block of flats next to where she lives. She also does a bit of GoodGym tourism, and wherever possible, attends GoodGym sessions in other boroughs in London.

GoodGym is special to Nurjehan for a variety of reasons. Working a self-professed hectic and highly pressured job, Nurjehan felt disconnected from the community she lived in for years. 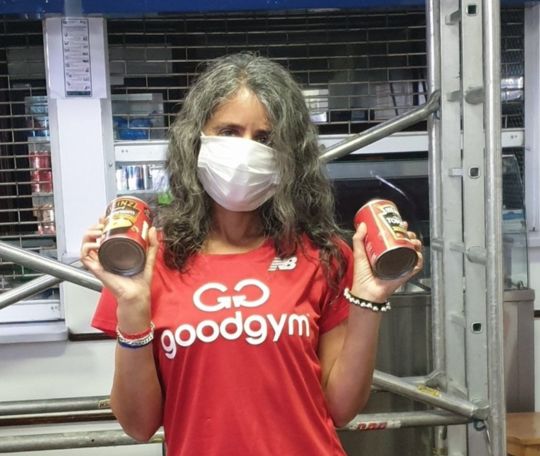 “The GP suggested I take pills or get involved in some level of intense fitness. GoodGym Haringey couldn't have come at a better time! I attended my first session and I was hooked. I was doing 'real' work, hands on, community-based work with a 'random' group of individuals from all walks of life. The cross section of people I was meeting weekly were committed to making a difference. No one wanted anything from me, we shared a commonality and that was to do good. In return I felt involved in the community, I discovered exciting places unbeknown to me and I began to socialise with individuals locally, borough wide and nationally. On a personal basis GoodGym was the medication I needed.”

Nurjehan says the connectivity she has with others in her community is what makes GoodGym different from other clubs, or going to the gym. 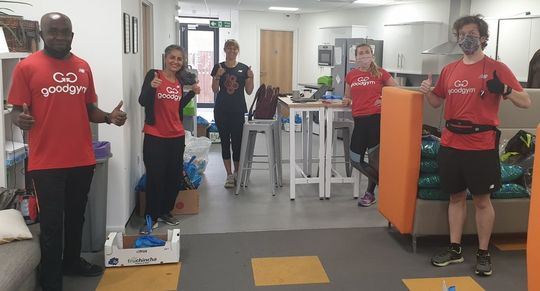 “You run to places, and run past places you have supported in development and reconstruction. You wear your GoodGym T shirt and run past people with their GoodGym T shirt and instantly there is a connection and a belonging. There is never a level of competition, but a level of support and engagement. Everyone is encouraged to be the best they can.

Due to a lower pack problem, Nurjehan says she is limited in what I can offer in 'one off missions', as much of that involves lifting furniture.

“Community missions on the other hand, allow you to partake it what you can do. There is always a task for me and a feeling that I am being utilised as best I can to contribute in the accomplishment of the team's work. “ 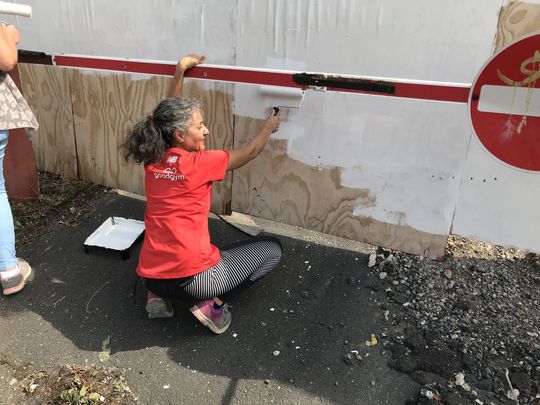 During the pandemic, Nurjehan has been packing weekly breakfasts bags for families and individuals without a permanent address in three boroughs, as well as getting involved in 'deep cleans' for isolation rooms in two homeless shelters and supporting the reopening of a community cafe (LUOS), hit badly by a storm and Covid 19 closure.

She finds the weekly bagging of breakfast bags for families/individuals without a permanent address particularly rewarding. 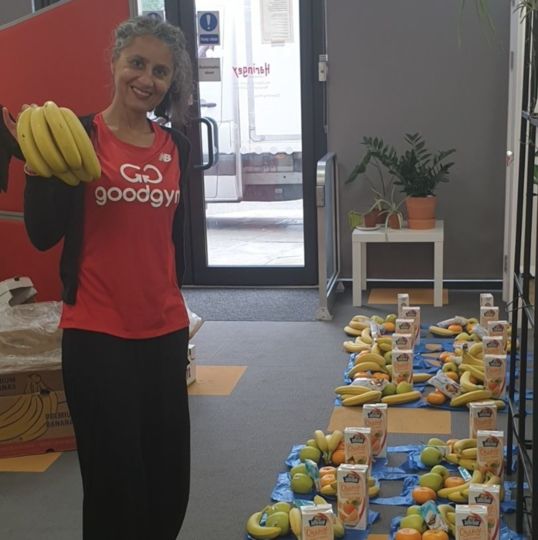 “An immediate response to feeding others in a time when resources are limited, movement is restricted and vulnerabilities are high makes for a impactful and rewarding task.”

“My fitness level has not just improved physically, but mentally. GoodGym makes me happy. GoodGym gives me 'brain gym'. I get more from GoodGym than I give back. Thank you, GoodGym!