On the business of running

Stephen shared some inspiring words after hitting the big 100

Stephen has just achievied the impressive feat of completing 100 good deeds. At last months social, he shared some inspiring words about how he got into the business of running.

I began my GoodGym experience in April 2016, two weeks after I had just moved over to London from Dublin for my job. I was looking for a new hobby and heard about GoodGym through an app called Meetup. I have been asked many a time why I stayed in GoodGym rather than joining a club and my reason is probably the same as it is for many: I am not competitive but I still like to have a little competition with my home borough Lewisham and other boroughs too, plus I also to push myself once in a while - mentally and for fun.

Before I began GoodGym, I had only played team sports but had never tried the solo cardio aspect of running. I was slow and only able to manage maybe 10 minutes of running, but through persistence prevailed.

GoodGym has shown me that running is not a solo game, to be played - rather it’s about being part of a community and family that works as one to push each other positively

Over the course of a year I went from running my first 10km with GoodGym Lewisham in October 2016, to completing in my first marathon with GoodGym Greenwich in October. This showed that with support, listening to the body, and advice from your trainer, you can achieve running greatness in less than two and half years.

Over the last couple of months, I have taken part in cross country at the XC Met League games. You would have thought running two marathons would have stopped me, but when asked why was I running again, my only reply was “when would I get the chance again?” 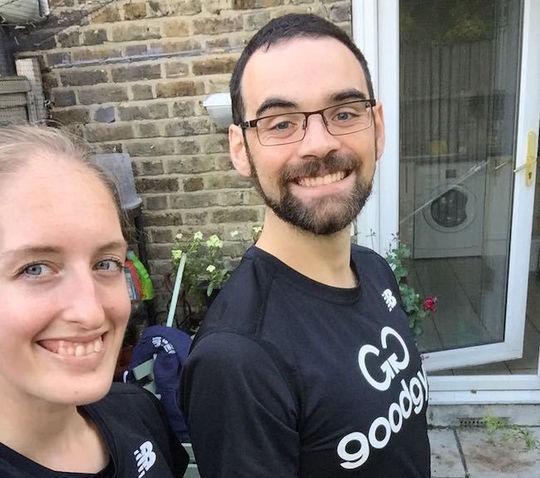 Plans, stretching, advice, keeping an eye on your mental health, exercises for stability, mobility and for PB driven goals have been the aim. Adele Prince, trainer for Lewisham, inspired my marathon debut after her amazing accomplishment of completing the London marathon where I saw the effects of the race on both her physical and mental wellbeing. Adele spoke about what had gone through her mind: how the crowd had supported her, how seeing family, friends and fellow GoodGymers washed away any negative thoughts. How all this this energy uplifted her and helped her to drive-on and smile - even at moments when you don’t want to.

A core part of training for my marathon were the exercises that Adele entrusted - the rule book of planking, side planking, shoulder taps, squats and lunges. I ended up using several different training plans and support from both GoodGymers and beyond, helped me to achieve what was to be the road to success (more like hills repeats & speed work).

I would give this advice to other runners: cheer other runners on! I stand by this so much - no matter if it’s your first mile time trial, or your 100th marathon, your name being called by anyone gives you extra strength to tap into the core energy that we all hold onto until it’s required to help us accomplish wonderful things. 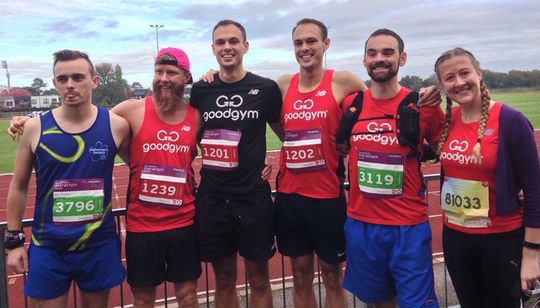 GoodGym has shown me that running is not a solo game, to be played - rather it’s about being part of a community and family that works as one to push each other positively, to make fantastic memories and help sweep away the negative ideas that running isn’t for you is really powerful. I, like many before me, just dropped into running as a hobby, but now I have close friends and support across London and further afield to help me grow, and to experience new ways of looking at everyday tasks - both on the running track and day-to-day.

Just want to say thanks to Ivo Gormley for bringing a new life into charitable spirit, forging a community which has become my GoodGym family and for his work in making a home-from-home for a lot of people to combat homesickness and meeting all sorts of characters.

I just want to leave you with some of my favourite tasks from my GoodGym experience:

Wildcat Wilderness – my first introduction to this wonderful space and my most favourite and always joyful task. This area was taken over by the wonderful Maria and her volunteer team to help the community and local school learn about wild life and flora

Visit to Seniors – a charity organisation for people over 50 inside a castle!! We helped build raised beds and tidyied up an area in the garden so that a new vegetable patch could be created 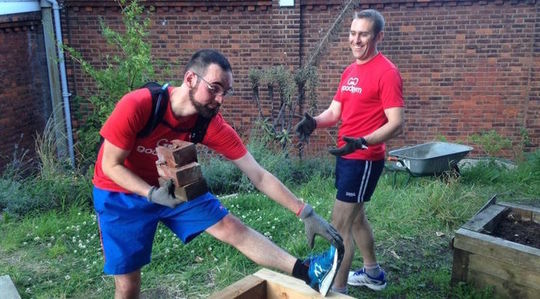 Poetry in Motion – a night of shelf stacking, side-splitting and poetic justice over the course of an evening