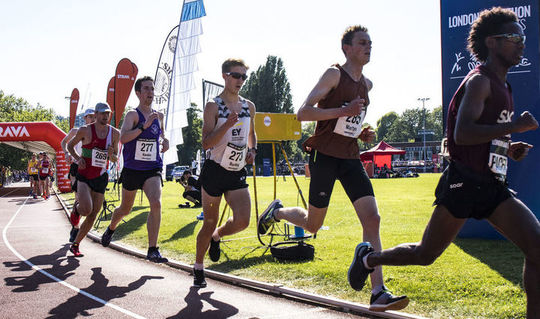 Last Saturday was Night of the 10k PB's - one of the most exciting events in Athletics. For the last few years, the GoodGym gang have been running in the races and volunteering as marshals on the inside of the track to help make it one of the best events out there. Here's the view from the day.

Where the GoodGym love began

Axel Manzano is resident tech wizard and runner in GoodGym central. He competed in Night of the 10k PB's in 2016 and has been cheering every year since.

Night of the 10k PB’s is a volunteer-run event, and probably one of the best athletics events in the UK. You can really feel the hard work of every single athlete and the atmosphere is fantastic. How many running events let you get up so close to the action?

Since the event started, the quality of the racing has only got stronger and stronger. It’s now a way for some of the best runners out there to qualify for the World Championships or even the Olympics. 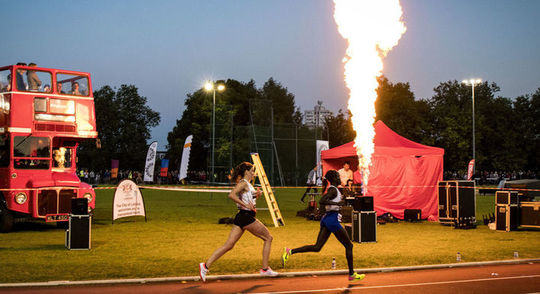 In 2014, Shaun Dixon, who used to be the GoodGym Camden Trainer, invited a load of GoodGym runners to come and see him race - he was trying to break 30' for 10k. Since then it has been a love story between GoodGym and the event!

It was different to the usual running event, and the first where the crowds could get up close to the action. This is what has made the event what it is today.

Seeing Shaun run in 2014 and 2015 made me want to run in 2016. This was probably one of the best races I've ever done, and unsurprisingly, the best cheering came from the GoodGym cheer squad! About 20 GoodGym runners, turned up wearing a mask with my face on it to cheer me on! (If you ever had a error on GoodGym website and see a picture of the same face, it's me after the event). 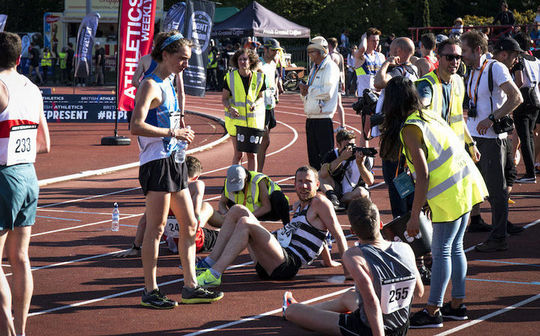 Every lap was insane. Despite being in the first race in the afternoon there was already a lot of people and friends cheering which made running much easier. After 25 laps I ended to do a 1' 38 PB over 10k with a 35' 06. I've been lucky to have been able to take part given now the standard to get in the event is really high. 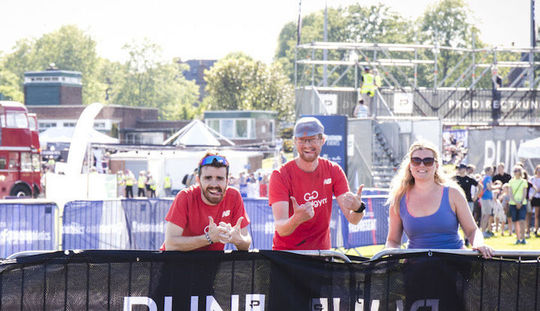 Jonny Carter is a run leader for GoodGym Birmingham. He competed in Night of the 10k PB’s this year.

It’s been great to fit GoodGym into my race training. The group run sessions work well for me because I usually do a hard interval session on a Tuesday morning. So I use the session on a Tuesday night as a recovery run. I can then put all my energies into supporting the group in their fitness session. 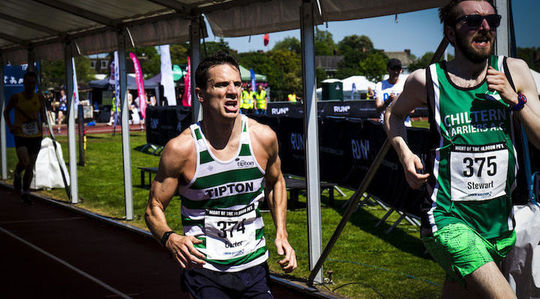 My favourite thing about Night of the 10k PB’s is the support during the race and all the razzmatazz which you get to enjoy after your race is over.

It gives 10,000m running more of a Twenty20 cricket feel, which means something that can be seen as quite boring can become exciting

Suddenly track running can appeal to people of all ages - even those who might not be that into athletics.

The view from the cheering squad

Tracey Taylor was played a starring role in the GoodGym cheering squad this year.

On Saturday Pritesh, Simon, Pulem, Bradley and I were on marshalling duties and we were really lucky to be manning the barriers on the finishing strait. It was a scorching day, and the action on the track was red hot.

This event is really special, it's so friendly and exciting to be so up close to the action.

It was especially exciting to see two runners from team #redthunder in the races and doing so well.

My throat was sore the next day from shouting! But it was great to see these top athletes competing at such a high level. I would definitely recommend this, and hope to be there next year. 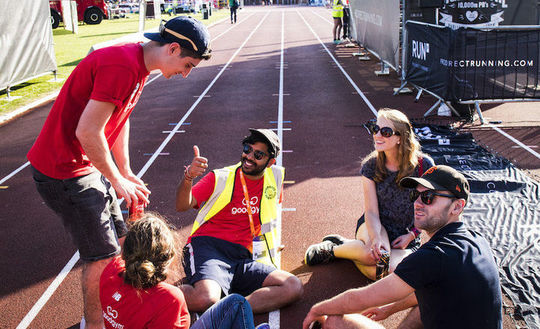 Here are some recommendations from Axel.

The number of 10000m races in London has grown rapidly. I definitely recommend Fast Friday on the 29th June, but also Ladywell 10k which is open to all abilities and would be an amazing way to discover track running if you fancy it!