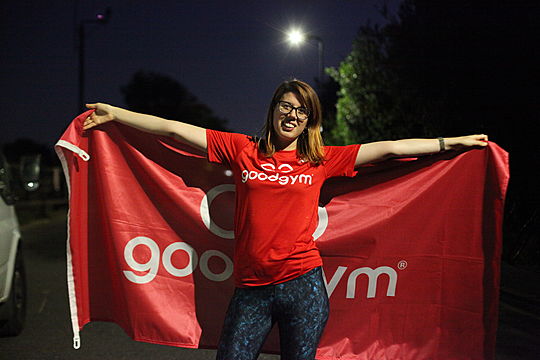 For this month's theme, GoodGym is celebrating the women of GoodGym and their achievements to date. Milly has been a member of GoodGym since 2018, and has completed 66 good deeds across multiple GoodGym areas. But what is about GoodGym that she loves the most? Here she tells us more.

I’ve been coming to GoodGym for over a year now, mainly attending group runs and community missions. My conversations (to non GoodGym members) often go like this: ‘Emily does this running thing, it’s really good ,why don’t you tell them about it Em.” To which I reply… GoodGym isn’t all about running, it is much more.

I have always struggled to stick to things that didn’t require commitment. I’ve probably got what would be defined as a short attention span…. GoodGym has always held my attention. Even in times I dipped out, I came back for more. 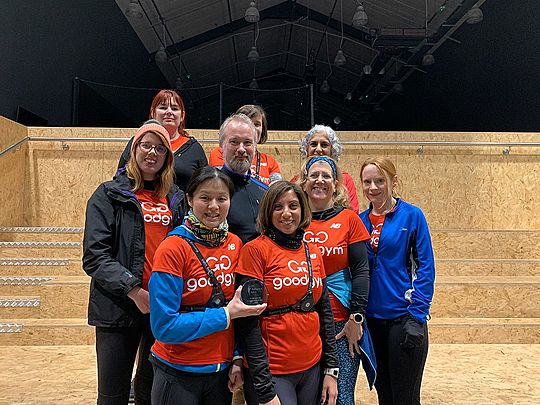 I started GoodGym when I was a Community Development Officer for the council in Slough. I’d heard about it through colleagues and was keen to meet the trainer and introduce her to some of the community groups I worked with at the time and find out what this thing was?!

I was immediately interested; community means a lot to me. I grew up in a small town, with limited life choices. I’ve seen what a lack of resource and disconnection can do. I always sought to do more, give more and more learning from others. I’ve always believed there is strength in community. After university I was at a loss with a degree and not much else, back in my small hometown. I began volunteering in my local area which provided perspective, taught me compassion and supported my own wellbeing in a time of insecurity and change.

I was immediately interested; community means a lot to me.

When I came to London, I'd left volunteering roles that had shaped me for life, they fed what were my then career choices and led me back to a job I always wanted. But now, something was missing, I knew I wanted to be a part of the community again. Through my work I was able to get involved in a strong sense of community, the communities of Slough inspired me to revive my passion for supporting people to strive. I then visited other GoodGym areas and got much more involved in my local GoodGym in my London hometown of Ealing. 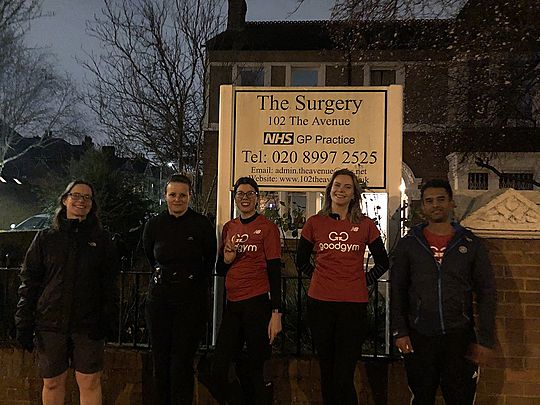 When I moved job to Haringey, GoodGym helped me get my bearings. Running through the streets gaining a better understanding of the geography of the borough, meeting new groups. I’ve dismantled damaged marquees in my lunch break and helped with the charity shop near the office in Camden after work- reaching other communities too.

Community is something that inspires me, gives me connection and belonging, it feeds my passions. I’ve worked with communities striving so hard for each other with little to no support that have done so much good. Goodgym supports these organisations and reminds them, they are worth it, they are valued and we care too. Goodgym itself is a community, a safe, welcoming space- something we all seek. the community of Goodgym and the communities’ good gym support come together to create something I fell in love with from the start and I am extremely grateful this community is a big part of my life.

Community is something that inspires me, gives me connection and belonging, it feeds my passions.

GoodGym was never about the running for me, and is still not. I will gladly tell you this. Despite this, even I have been able to improve my stamina, pace and the length of run I can do through Goodgym, which although I hate to admit it, it’s pretty cool! So even if you aren’t in it for the running, you’ll more than likely see positive improvements you didn’t expect.