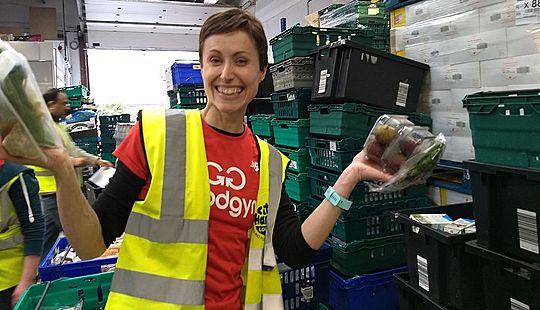 Meet our new trainer in Windsor and Maidenhead, Amy

Amy first got into running as a way of exploring her new city but had a hiatus after the birth of her first two children. It took having two more to reignite her motivation for running, finding even just a short run would do wonders for her mental health and headspace. We caught up with her about all things running, pilates and juggling four children ahead of the Windsor and Maidenhead launch, set to happen in early 2020.

So just how do you fit in running with four little ones at home?

"My running shoes gathered dust when I had my first two children, but perversely, having another two children gave me the motivation to dig them out again. My twins arrived very prematurely at the end of 2017 and for a while, the hospital stays, sleep deprivation and logistical gymnastics of juggling four little ones made it hard to commit to much. However, I found even a short run did wonders for my sanity. My husband challenged me to run 1000km in 2019 and the more I ran, the more I wanted to run. Friends marvelled that I had the time or energy, but I am only half joking when I say the more children you have, the more you need to run (away from them)!"

And headspace is a common theme with Amy's reasons to run, she says that her favourite run she's done isn't a big race with a fancy medal and crowds, but simply a lovely run she did with her husband on her birthday earlier this year.

"We were on holiday in France and left four sleeping children with the in-laws while we crept out and headed for the coast. The sun was coming up and the changing light and clouds were simply stunning reflected on the water. The sea air was beautiful, and the beaches, harbour and monuments we passed that were familiar from touristy visits felt totally different. We finished along a stretch of harbour wall that leads to a lighthouse with sea on three sides. It was spectacular and it also felt good buying half the contents of the patisserie on our way back to the family!" 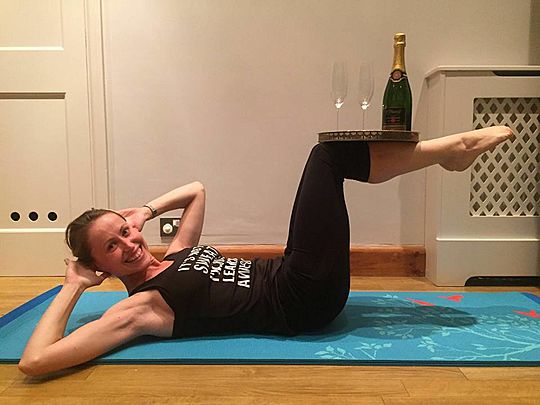 Life is all about balance

Amy is most known for keeping busy - with running, four children, teaching Pilates and being a school Governor amongst things. And she's not afraid of sharing the gory details, something the members of GoodGym Windsor and Maidenhead will surely get a taste of!

"Amongst my pilates clients I'm probably known for being the instructor who isn't afraid to be quite graphic about the whats, wheres and whys of the pelvic floor. No point politely instructing people to 'engage' this important area if they don't know what that feels like!"

Amy is really looking forward to running in Windsor and Maidenhead with new GoodGym members and is excited to organise some great routes on the group runs.

"It's such a great place to run because you don't have to go far before you escape onto beautiful woodland, farmland, and riverside footpaths. I love running along the Thames Path because it's really pretty and there is plenty to see!"

And who inspires her the most? Although she's in awe of female athletes like Jessica Ennis-Hill, who have the ability to be calm and focussed under immense mental and emotional pressure, she takes a lot of inspiration from those closer to home.

"I am hugely inspired by friends who manage to juggle parenting and/or hectic working lives with running. I see them clocking up the miles, often incorporating running into their commute or weekend errands or running with a buggy, and it motivates me to get out there."

Amy is really looking forward to making GoodGym an integral part of the running community in the local area and already has lots of great networks to bring into the fold.

"When I first started running, it was something I did as an individual and to keep fit, and I motivated myself by signing up to events - you have to train, or that 13.1 miles is going to be far more painful! More recently I have met a lovely group of people through local parent's running group Buggy Squad and through parkrun, and feeling that I am part of that community is a far better motivator than the ideal of keeping fit, or the fear of struggling with the distance at a particular event. Running no longer feels like a chore - its really part of my social life." 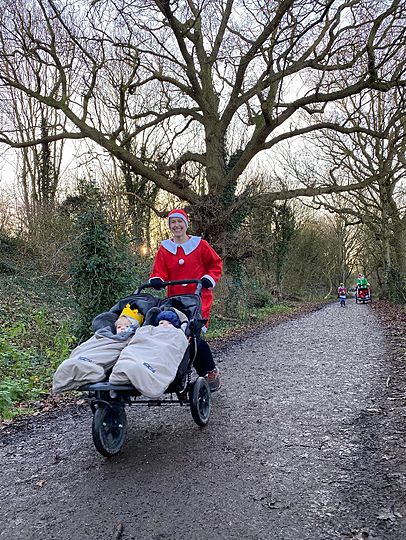 Amy parkrunning with the pushchair

She's also one for stats and loves seeing all the data after the run and is looking forward to supporting GoodGym runners too.

"I am also a bit of a Strava junkie and I am super motivated by seeing progress in my statistics and by receiving 'kudos."

But most of all she's looking forward to brining people together and making them feel more connected.

"I feel I will be a brilliant trainer because I really care about bringing people together and I don't take myself too seriously. My experience in the fitness industry and as a runner will enable me to coach the team to stay motivated and to make the most of our session. I have a 'say yes' mentality when I come across an opportunity to help, as it tends to be good fun and it is great to feel that you have made a difference."

"When Maidenhead and Windsor GoodGym launches in 2020, I would say that anyone who wants to contribute to their community should join us but I would also urge people to reach out in their local area. Whether it is through local charities and events, the library, school, work, sports clubs, the church, or social media, the more you get involved, the more you discover a very welcoming local community."

-Get involved in GoodGym Windsor and Maidenhead